Is Bitcoin ban in the US no longer a possibility? 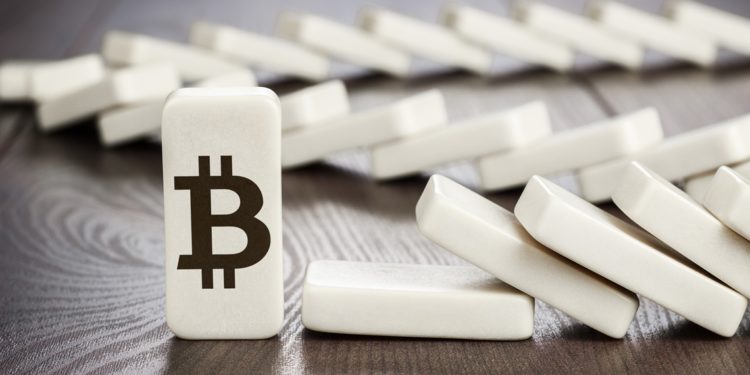 An outright Bitcoin ban in the US is probably a thing of the past as the crypto has given the government enough reasons to exist with the US dollar concurrently, says Digital Currency Group’s chief executive, Barry Silbert.

Bitcoin’s journey so far has been nothing short of a roller coaster ride. From one side, it is looked upon as the most powerful investment asset and a potential hedge against imminent inflation brought upon by the COVID crisis; the Trump administration hasn’t left an opportunity to denounce it either.

President Trump has so far maintained that Bitcoin could never take the place of the US dollar and advised his Treasury Secretary Steve Mnuchin to consider a Bitcoin ban to gain a competitive edge while negotiating a trade deal with China in 2018.

Is Washington warming up to crypto?

Now, according to Silbert, as major Wall Street firms and Washington DC warm up to the idea of crypto, an absolute Bitcoin ban is improbable.

For the first time since its inception, Bitcoin ban is no longer seen as perceived risk. The second-quarter report by Grayscale Investments shows that there is enough institutional interest in the crypto despite the ongoing crisis. I am cautiously optimistic about a change in regulatory viewpoint over Bitcoin.

Apparently, one of the reasons why the Bitcoin ban looks off the charts as of now is the catastrophic Twitter hack from last week that compromised the Twitter accounts of some of the most prominent faces in the country. Although the hackers managed to amass over $100,000 in Bitcoin, it was Twitter’s security system that attracted all the criticism.

In the aftermath of the hack, the words coming out of the public figures in Washington were all about lax in Twitter’s security policy, and not one spoke about how it was made possible with Bitcoin. The fact that Twitter is under more scrutiny than Bitcoin and that the regulators haven’t yet jumped on the Bitcoin ban bandwagon, possibly implies that there is a higher chance of acceptance.

The Twitter hack has exposed vulnerabilities with centralized systems. Given the attack on its centralized security system, investors will be more focussed on privacy themes. And this is where decentralization will prove to be a game-changer.

Bitcoin ban no longer a concern

Silbert also believes that there is sufficient support for Bitcoin within the government today. Policymakers are no longer considering prohibiting it or posing limitations on it. A significant part of this success can be owed to the work done by Coin Center, a Washington-based non-profit focussing on policies and regulations concerning cryptocurrencies, he said.

The cryptocurrency industry is doing well. Today, we are in a much better place, in terms of relationship with the regulators, than what we were when we started. Thanks to the remarkable work being done by such organizations to raise awareness among lawmakers. We can now safely assume that the much-dreaded catastrophic Bitcoin ban is behind us.