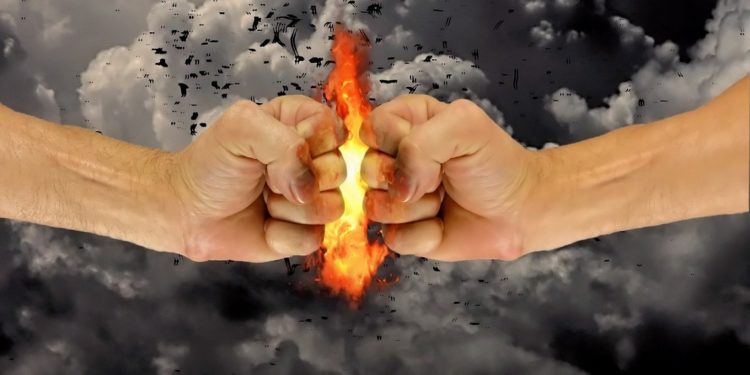 A literal war between the Bitcoin community and Peter Schiff, the long-standing Gold proponent, had been spurred on Twitter concerning the best assets for hedging inflation. The unending debate was started again after Schiff tweeted about the likelihood of high inflation occurring in the United States.

In a tweet today, the Bitcoin strong opposer, Schiff shared data saying that the Fed’s balance sheet grew significantly from $212.8 billion to as high as $6.934 trillion, in the past week. The United States dollar supply also increased to $198.6 billion, Schiff wrote.

While suggesting that the development could eventually result in increasing inflation in the country to an unprecedented degree, Schiff hinted on the idea of buying Gold to his followers as a viable option to hedge against inflation.

However, things turned sour as the Bitcoin community began to criticize his tweet, which proposed Gold as an asset to hedge against inflation. The community flooded Schiff’s tweet with messages suggesting that the followers should buy Bitcoin instead.

The Bitcoin community argued that Bitcoin had played more as an inflation hedge asset since this year, than Gold. One of the many Bitcoin Community members tweeted:

Bitcoin is a better buy, at least if you have to flee when the Armageddon hits, you won’t have to go to the gold mint and ask for your block of yellow rock.

Jimmy Song: Bitcoin is the hedge

In a separate development, Jimmy Song, an entrepreneur, and a Bitcoin supporter deliberated on the tendency of high inflation hitting the United States, amid the QE from the Fed. Precisely on Thursday, Song mentioned that the impact of inflation would be felt heavily on developing countries than in the US, within 18 months.