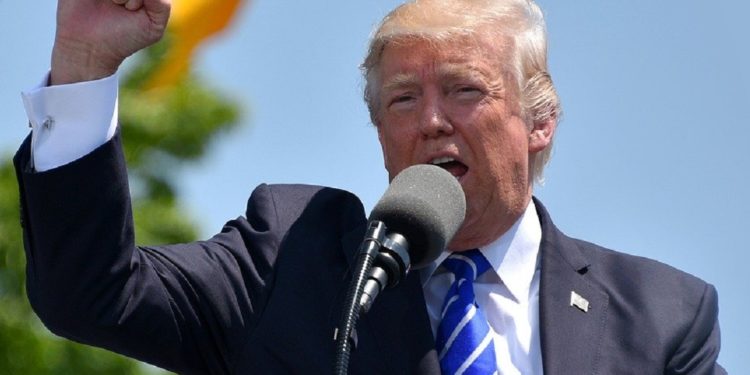 It is no longer news that America’s President Donald Trump, is a crypto critic and stands against everything that has to deal with cryptocurrencies. Recent reports about the president even claim he has been pursuing the end of Bitcoin since 2018 a year before he tweeted, openly giving his stand on crypto.

According to John Bolton, former national security adviser, Donald Trump in an attempt to achieve the end of Bitcoin ordered a clampdown on cryptocurrency first in 2018 when he told the then US Treasury Secretary Steven Mnuchin, to go after Bitcoin.

Trump thirst for the end of Bitcoin in unpublished book,

John Bolton made this claim in his unpublished book titled The Room Where it happened. Trump in the book was quoted to have said to Mnuchin that he should not be a trade negotiator and go after Bitcoin for fraud. The secretary allegedly replied that if the president does not want him on trade, it is ok as his economic team would carry on whatever assignment the president chooses.

The book before now is to get published on Tuesday, June 23. However, a lawsuit against the book release was filed a week before the launch date. The suit against the author claims that the book contains too many classified materials.

As Trump’s actions point that he was poised to seeing the end of Bitcoin, he seemed to have made progress with that as this year, Mnuchin announced that America would be clamping down on illegal crypto use.

In the announcement, The Treasury claims that they want to ensure that technology moves forward and ensure cryptos are not used similarly to old Swiss secret accounts.

President Trump openly tweeted against Bitcoin in 2019 and that it is used primarily for everything illegal.  Trump’s tweet leads to several stakeholders reacting to his tweet, claiming he was not properly informed about the digital assets.