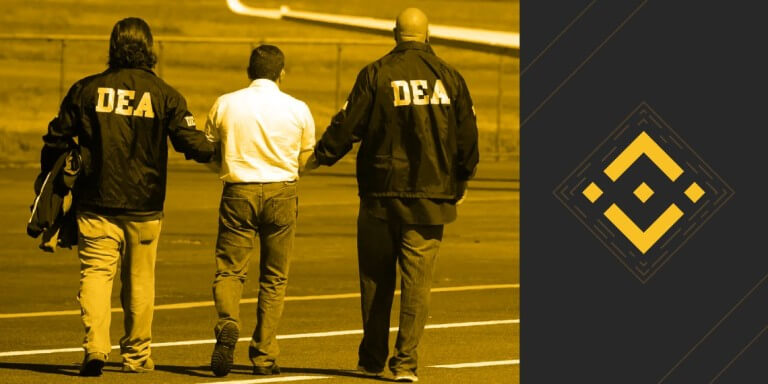 Binance, the world’s largest crypto exchange, is a big target of drug cartels and money laundering.

The anonymity provided by cryptocurrencies provides an almost perfect route for cartels to move funds globally.

An on-chain analysis is, however, a helpful tool for tracking down these individuals.

Tornado cash, a crypto mixing tool, was sanctioned by the US treasury owing to its rampant use by bad actors to wash funds. The sanctions have forced bad actors to seek alternative routes, including centralized exchanges.

According to an article released by Forbes, the gang operated across the United States, Europe, Mexico, and Australia. The DEA reported that the cartel funneled up to $40 million of illicit proceeds through the exchange.

Investigations into the crime began in 2020 when the informants using Localbitcoins interacted with perpetrators trading crypto for fiat.

Localbitcoins is a simple peer-to-peer crypto trading platform that uses an escrow service to ensure trust between trading parties.

The culprit, Carlos Fong Echavarria, a Mexican, framed them that the cash came from“ family restaurants and cattle ranches.”

Echavvaria was later captured and pled guilty to dealing drugs and money laundering. Pending sentencing, the DEA tracked his blockchain addresses. One of them indicated that the laundering was continuing.

The new perpetrator purchased over $42 million and sold $38 million worth of crypto. The authorities connected some of these funds to drug trafficking.

The exchange’s role in the fiasco was to identify the new perpetrator.

Similar incidences have happened before on the exchange.

In the most recent occurrence, a perpetrator exploited the ANKR protocol for trillions of aBNBc tokens. Some of the proceeds were exchanged for BUSD and BNB and transferred to the exchange. The exchange responded swiftly by freezing the related accounts. ANKR identified the perpetrator as their former employee.

Earlier in April, Lazarus Group, a North Korean cybercrime group, exploited the Ronin Axie infinity ecosystem for over $540 million. Lazarus moved the stolen funds into Tornado cash and several other exchanges. A joint effort between Chainalysis, law enforcers, and the leading exchange back-engineered the transaction trail and froze about $5.8 million worth of crypto related to the crime.

Hydra, a Russian darknet marketplace, was shut down following a collaboration between law enforcement and the exchange. Earlier media publications had allegedly reported that the Exchange funded Hydra. According to Binance, law enforcement would have never caught the Hydra case perpetrators without crypto.

Binance has reported spending tens of millions of dollars in resourcing sophisticated cybersecurity experts around the globe. The team comprises over 120 security and industry experts, including former employees of the IRS, FBI, the US secret service, Europol, and police agencies in the U.K., Europe, Asia, and Latin America.

Critics have taken cryptocurrencies in a bad light since their inception; they see that the new technology would revolutionize finance and global crime. Authorities have published strict regulations to control the industry.

In the fight against crime, Binance has proved that the blockchain can be a valuable tool. The technology has proven use cases in preventing forgery and streamlining procurement across industries.

Crypto is not anonymous; centralized exchanges can identify address owners. The much-acclaimed proof-of-stake coins can liaise to lock out user funds on the blockchain; think of the power a user or an individual with a majority stake has over a blockchain ecosystem.

Want To Increase Your Crypto Exposure? Aave (AAVE), Monero (XMR), And BudBlockz (BLUNT) Are The Token To Buy
26 January, 2023