US Air Force blockchain project with Fluree to focus on cybersecurity 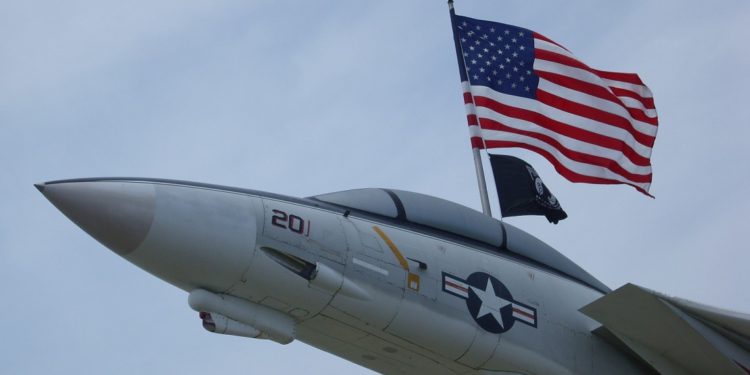 The US Air Force blockchain project with Fluree will be pivotal in developing cybersecurity capabilities. The rare collaboration will involve the cyberweapons division of Air Force, LevelUP Code Works, based out of San Antonio, Texas. The division itself works with a startup mentality and churns out innovative cybersecurity solutions that cater to the needs of modern warfare.

The @usairforce has awarded a follow-on contract to blockchain startup @FlureePBC to use its cryptographically secure database tools in the service’s new software cyberweapons factory, LevelUP. Read more from @WatermanReports at https://t.co/BqkTYHzdlz. #defense #cyber pic.twitter.com/s924SVyojd

The announcement further mentions that Fluree will collaborate on the Air Force blockchain project to create a platform that delivers Multi-domain Command and Control solution for the Department of Defence. USAF partners will also use the project.

Brian Platz of Fluree says that the startup employs blockchain architecture to build secure solutions that support extensive data handling as per FAIR data guidelines. The company is delighted to be part of the US Air Force blockchain project and build an enterprise-grade data management solution. In 2019, Constellation Labs joined hands with the Air Force for a blockchain-related project.

Defense forces are always one step ahead of the mainstream when it comes to data security. Blockchain and crypto technology are inherently secure and ensure data integrity. The latest US Air Force blockchain project surely aims to redefine the data security credentials in a military environment.

Defense projects are always shrouded in mystery due to national security concerns. Finer details are not shared in the public domain. Therefore, the community can only speculate about the US Air Force blockchain project. Most likely, it would be a private blockchain backed by security from AWS or defense data centers.

Employing a public blockchain in such a critical project would imply many risks. Also, the project won’t likely feature any publicly available cryptocurrency since it can compromise security. The announcement suggests that the project does have a minimum viable product presently operating in a demo phase.

If the product is being created to cater to LevelUP needs, it could primarily be focused on security. A field deployment would demand a speed-intensive blockchain delivering a higher block-building rate.