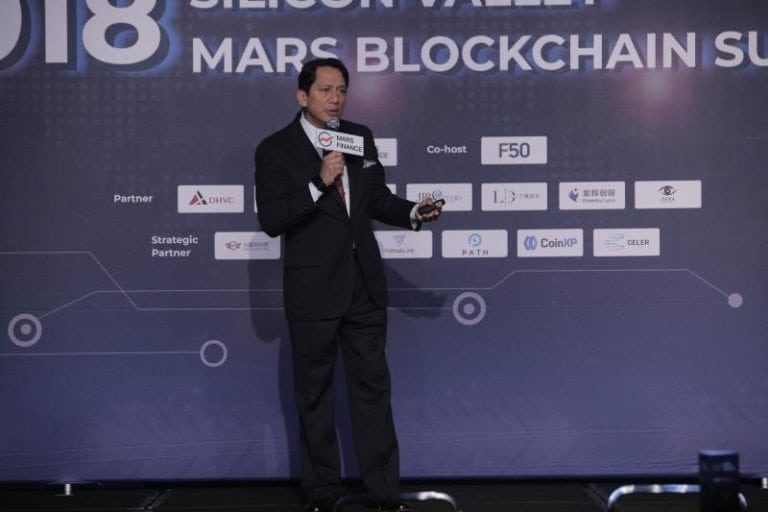 Franklin Urteaga has quite a pedigree at the White House.  He spent 5 years in the Clinton WhiteHouse, andworked as one of the nation’s first tech advocates underneath the Deputy Chief of Staff to the President, Harold Ikes, whose famous father was Franklin D. Roosevelt’s right hand man, Harold Ikes Sr., Secretary of the Interior.Urteaga worked on some of the groundbreaking techpolicy that allowed the Internet to grow its influence in the every day lives of American citizens.  That technological change transformed nearly every aspect of our economy and our daily lives. Urteaga believes it’s happening again, but not the way it happened under Clinton.

Is Blockchain the next Internet?

In the early days of the Internet, not everyone was convinced that it would be useful.

(Q) “What was the Clinton White Houses’ reaction to the internet?

(A)“Technology, even within the White House, wasn’t easily accepted as something that should be on the agenda right away… ‘That’s the future, but we have more pressing immediate issues to deal with now,’” Franklin said in reference to the way early Internet technology was viewed by government officials.  “I mean, they literally told me that. I just couldn’t believe it… I always believed that the internet was a great equalizer.We needed to get the internet out.”

Urteaga and other early advocates for the Internet helped to create government programs and initiatives to help get more of the public involved, including the public schools.  He worked in that role for about 2 and a half years trying to facilitate the new national policy of getting more people to embrace the internet.  They primarily targeted teachers,school principals, local school boards, and parent associations, because at that time those groups didn’t want the internet.  They thought it was taking time away from instruction. Urteaga and his colleagues has to convince them that the internet could be beneficial to their children’s education.

(Q) Is the same thing happening today with the fear mongering going on around Blockchain technology?

(A)“Of course.  That’s a strategy.  Any industry that is disruptive is going to cause an existing group of established players to impulsively react that way to try to control it, manage it, buy it, slow it down.  Inevitably, I think there are going to be other players who are going to want to embrace it and to improve their industry.  Whoever is most innovative is going to be able to capture market share.  So there is a lot of that delaying and trying to control the Blockchain.”

“But I think some organizations like Goldman Sachs and Bank ofAmerica, they’re taking it on and demonstrating that they’re overtly investing in this Blockchain technology. When you look at the landscape of legislatures across the country that are also investing in Blockchain, it’s quite impressive, and quite promising.  But the average consumer isn’t going to think about how many states are using blockchain.  They’re overtaken by the fear.  Fear and negative news sells unfortunately.”

Urteaga recently gave a speech on the topic at the Mars Blockchain Summit in Silicon Valley, where the Crypto investment fund, Mars Finance, run by former Gaming executive Fred Wang, brought together Chinese and American stakeholders interested in promoting Blockchain technologies to collaborate on the future of this technology.

“In my speech I asked, show me the hands of people that can live without the Internet.  No one can, it’s like oxygen,” Urteaga said.“The internet sped up everything. You can reach any friend and any product in seconds.  It’s accelerated not only communication, but our way of life.

“Blockchain, the technology, has been around for many years. The commercialization of Blockchain requires certain steps for it to be used and accepted by the masses.  I believe you need private sector, which are the corporations. Some of the biggest firms on Wall Street have invested over $300m in Blockchain to test it.  Blockchain is being discussed by all 50 states.  40 of the states are introducing or enacting laws based around Blockchain.”

(Q) “Who’s pushing the creation of those laws?”

(A) “It’s at the state level.  I think lawmakers are realizing what’s happening on Wall Street is kind of validating that there is some truth to the Blockchain. Once you get that type of endorsement, the general public starts to feel more comfortable.  We are at an early stage in Blockchain, and there’s a lot of chaos, and out of that comes a lot of opportunity.  So there is a lot of opportunity for investors, partners, entrepreneurs, government officials, to be involved with the crafting of the infrastructure for Blockchain to be used.  You have all these state legislatures embracing it.The Governor of Ohio, Governor Kasich, just passed a number of legislative initiatives to embrace Blockchain, and they are providing funding in some areas to test it. Whether it’s in health records or logistics or general services of the state. It’s happening.”

(Q) “Are they investing to make their state more efficient, so that their costs will be lower, or are they imagining that investment is going to pour into their city or state because they are embracing Blockchain companies?”

(A) “It’s both.  They want to attract talent, and they want to attract money.  With investment and human capital, you start to create an ecosystem, and then that ecosystem starts to spit out innovation, and then all of a suddenit’s a hub of innovation.  And it’s good for the economy, for the local economy, economic development, so that’s what they’re interested in, but they’re still cautiously proceeding.  They’re watching the big players, they’re watching the Federal government.  For example, Palo Alto has a partnership with Beijing and vice versa.  There’s a lot of momentum.  But not all states are embracing it early.”

(Q) “How do you compare the government’s role in the development of the commercial Internet to the current administration’s reaction to Blockchain?”

(A) “There’s very little policy coming out of the current administration that could stimulate the economy in that way. I think the White House today is preoccupied.  They’re preoccupied with pending issues that have nothing to do with the socio-economic development of the country.  I think they’re more focused on the intranet vs the internet.”

(Q) “You had to go to the school districts and those stakeholders back then. Who do we need to reach out to now to get the public to embrace Blockchain?”

(A) “Same thing.  You need to reach out to the private sector, to the early adopters like the Goldman Sachs and Bank ofAmerica, work with them very closely, and encourage other large players to come out in support of Blockchain. You also have to work with the public sector, associations, and non-governmental organizations, who have large membership organizations that can get the word out.  And then you need government, the local governments that are the early adopters, and support them and work with them.   The early adopters will be able to permeate through the barriers in society that are normally created when you invest a disruptive technology like Blockchain.”

Urteaga has been an investor and collaborator in many technology startups, including several early internet successes.  He has now turned his eye to Blockchain technology to solve some of the major issues plaguing politics today.  His tech startup, OIGETIT, operates like a Fake News filter, which uses Blockchain tech as a database for facts while also leveraging artificial intelligence and natural language processing to improve quality news delivery online and ensure that it is verified, trusted news. He believes that this is only the beginning for Blockchain development.

“What you have to watch for as a strategic advisor or entrepreneur is the movements. If you start studying the early movements and they create patterns, there’s something going on there,” he said.“When you have Wall Street investing in this uncertain technology, pay closer attention and keep track of the movements.  You’ll see that the movements will lead you to safely conclude that there is some substance there, something that may become national.  At the white House, we used to deal with a lot of national programs and national policies, so we’re used to seeing all those movements and being able to identify and track those movements.  By the time your grandma finds out, it’s too late. 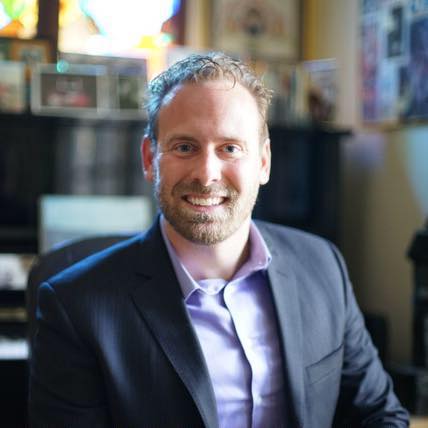