Vanessa Koh is a blockchain advocate and serves as International Vice President of 6X, a leading Digital Asset Exchange based in Singapore.

Initial coin offerings (ICOs) have been an accepted way to raise funds in the cryptocurrency space. New projects sell their tokens in exchange for Bitcoin or Ethereum. Companies raise funds through these ICOs to finance the products they wish to introduce to the market. In that sense, ICOs are similar to initial public offerings (IPOs) for private companies to seek public investment without the tight regulation associated with raising funds in public and state regulated exchanges. However, investing in an ICO would not result in one having an ownership stake of the company one gives money to.

In 2018, the total amount of ICO raised was US$7,852,477,043 and the number of ICOs was1257. Although the amount raised and number of ICOs have been increasing since 2014, the average raised per ICO in 2018 has fallen to US$6.3m from US$7.1m in 2017. This is an encouraging sign of maturity in the ICO market and it is even more likely that selective and savvy investors will apply the pareto principle when investing in new ICOs. A small number of ICOs will account for the majority of the investment that will be raised. Henceforth, it becomes critical to plan ICOs in a systematic and holistic manner that incorporates the building of trust, product clarity and the marketing that goes along with it.

Can Cryptocurrency Be A Viable Option for Retail Business Use?

The estimated cost of launching an ICO campaign is about US$500,000, including legal, accounting marketing and public relations (PR), operational and technology fees. The pre-public engagement phase – all the process leading up to the official announcements – is roughly six months to a year. The post- public engagement phase, defined as the period between the first announcements to the actual sale, is about 3 months.

Every single area of expertise for the ICO project has to be looked into closely for longevity. Create a team that includes developers, engineers, blockchain and cryptocurrency specialists, public relations and marketing as well as advisors, partners and early investors.

Checklist to launch a successful ICO

Tokens should match the value of the product that the company is developing to bring to market. It is imperative to know the target audience and the price they are willing to pay for tokens. For example, celebrity tokens launched by the celebrity themselves command a high value because of their popularity and demand for their tokens from their supporting fans.

It is best to test-run ideas in a forum and get some initial feedback, for example, create a thread on Bitcoin Talk forum or on Reddit.

Due to the high volume of ICOs scams that have occurred where money is raised, ICOs have been shut down and funds collected absconded by founders, ICOs are highly regulated in most countries. Every country has their own jurisdiction and their unique financial regulations. Countries that are known to be ICO-friendly include Singapore, Hong Kong, Switzerland, Cayman Islands, and the British Virgin Islands. In Asia, China and South Korea have banned ICO.

Expenditure relating to pre and post ICOs, taxes, fiat withdrawals and any other financial aspects of the project have to be transparent. The project has to be perceived to be genuine, otherwise labelled as a scam by the cryptocurrency community.

Ethereum platform is the most popular to distribute the tokens as it supports smart contracts. According to the ICOWatchList data, 81.7 percent projects use the Ethereum platform which is public and open-source. Basic tools on the platform are necessary for automatic generation of tokens and distribution. The other 9% opt for developing their own custom blockchain platforms. Other platforms available for distribution include, Waves, Stratis, Bitshares, NEM or Hyperledger.

There are many different stages of the token sale, including but not limited to a private sale, pre-sale, the actual ICO and a general sale. The distribution plan provides details on the total number of tokens issued, the number of tokens distributed among team members and the number tokens for sale at each stage and plans to issue additional tokens.

Explain your ICO projects and goals in details using a white paper. It should cover market analysis, vision of the project, business development strategy, architecture and goals, information on the token and its distribution plan, legal issues, marketing and PR campaigns, and even a description of the team, early investors and advisors.

A website with a wealth of information about the team, the objectives and goals of the ICO project, the roadmap for the coming years and the measures in place to ensure the protection of the investors’ interests is important for communication.

Information on the team should be accompanied with names, high-quality photos, and brief biographies, highlight skills of team members who are relevant to a particular ICO project and create links to multi-dimensional social platforms.

Be active on public Slack, Discord, and Telegram where you can keep in touch with your supporters. It is necessary to have a comprehensive frequently asked questions (FAQ) or Help Centre when you start your ICO, and to make it available for anyone to see. Be sure to engage your community and answer all questions and resolve all issues. Link it on your website and social media networks, such as Facebook, Telegram and LinkedIn because people will have enquiries. Building a community to popularize your tokens paves the way to a successful ICO launch.

With a large number of ICOs launched regularly, the presence of support from industry from successful companies to individuals is not only helpful but essential to developing buzz and momentum leading to successful launch, Support promotes trust and confidence and in turn develops into a cycle that perpetuates further trust through new support from other credible sources. Combined with community building and news, it is capable of exponentially attracting a wider audience which is capable of feeding itself and growing even further.

In the crypto world, whereby ICOs are known to be high risk and high potential for scams, the entire ICO project calls for proper strategy and has to come forth as genuine in order to entice people to take up the tokens launched.

With increasing regulatory scrutiny into both the unorthodox methods carried out by companies offering ICOs to build hype and their exchanges which are collaborating to use various price setting mechanisms to run up prices, it has become critical for legitimate companies offering ICOs to dissociate themselves from these exchanges and undertake due diligence to ensure that the exchanges they work with are trustworthy and can help develop a stable ecosystem. Exchanges can contribute to a successful ICO that goes beyond the initial hype and build an ecosystem that has high transactional volume which in turn rewards the initial backers and creates a cycle that distributes future revenue across the different participants within the ecosystem. 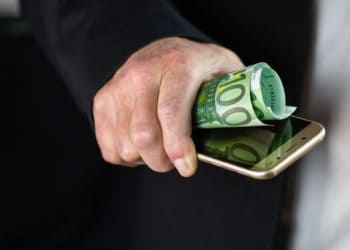 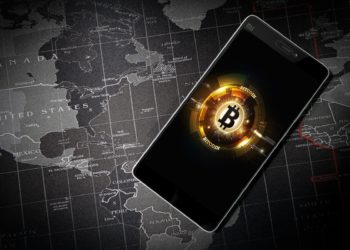