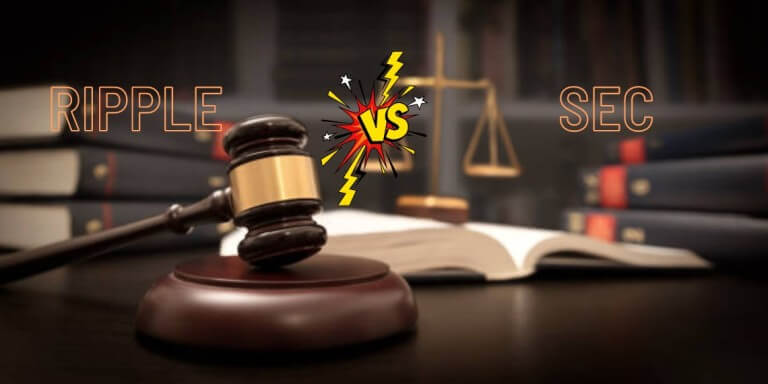 The crypto community impatiently awaits the verdict in the Securities and Exchange Commission (SEC) v. Ripple lawsuit, which has entered its third year. The Ripple v. SEC case is one of the most closely followed in the crypto sector. In a nutshell, the SEC accuses Ripple of selling unregistered securities in the form of XRP coins to raise more than $1.3 billion.

Ripple community votes in favor of a settlement

The community is currently awaiting the ruling date since both parties have submitted their final arguments. Prior to the verdict, pro-XRP attorney John Deaton commissioned a survey asking the XRP community about potential case outcomes.

In a poll conducted on December 28 that received almost 18,000 responses, 59.2% of respondents anticipated the case would be settled between the parties, while 40.8% chose the verdict option. However, Deaton sided with the minority of votes indicating that the case would proceed to a verdict for three primary reasons.

According to Deaton, he initially saw the SEC’s resistance to the release of Hinman’s emails as a settlement hint. The presiding judge, however, rejected the SEC’s order to seal the document in which a former regulator official referred to Ethereum (ETH) as a security.

In addition, the attorney suggested that SEC Chair Gary Gensler is willing to accept an unfavorable conclusion in the lawsuit, given that the Commodity Futures Trading Commission (CFTC) is aiming to have total authority over cryptocurrencies.

In addition, the attorney noted that the lawsuit could come to a conclusion, adding that the SEC’s stance on cryptocurrencies has been potentially validated by the fall of FTX.

When will the case come to an end?

There is ambiguity over the timing of the case’s outcome. Attorney James K. Filan, who has been following the case, stated that if the Ripple vs. SEC litigation does not reach an out-of-court settlement by March 31, a ruling will be issued.

In the meantime, both parties anticipate different outcomes from the lawsuit, with attorney Jeremey Hogan predicting four potential ruling possibilities. In his initial prognostication, Hogan stated that Ripple may prevail if the summary judgment states that XRP was not offered as a security.

In his second prognosis, Hogan noted that, contrary to popular belief, Ripple has a substantial probability of losing the lawsuit. He remarked that Ripple’s likelihood of losing is almost 30%.

Charles Hoskinson, the founder of Cardano (ADA), initially stated that the matter would be resolved on December 15. After the deadline passed, Hoskinson was subjected to attacks from the Ripple community, prompting him to pledge to refrain from discussing the matter further.

The court allowed Paradigm’s application to join the case in the meantime. However, the regulator continues to face opposition after requesting to seal documents containing the names and identifying information of SEC experts and XRP investor declarants, as well as personal and financial information and internal SEC documents reflecting debate and deliberation among SEC officials.

XRP price hangs in the balance

Overall, the lawsuit verdict is anticipated to have an effect on the future of XRP. For example, if the court rules in favor of the blockchain company, it may be bullish for XRP. Conversely, if the court concludes that XRP is a security, this might be bearish for the asset.

In the wake of today’s flash crash, XRP is currently aiming for territory above $0.35. The security appears poised to halt its two-session losing streak. It has risen 1.6% in the past twenty-four hours.

Despite the frequency of comments on the case, investors remain cautious when making investment decisions about the asset, since the case’s trajectory is expected to cause extreme volatility, which might result in either enormous gains or losses. The case’s next scheduled court date is January 4.

While the price remains highly volatile, Ripple has unlocked 1 billion XRP tokens from escrow in a series of three transactions for January. The most recent transactions represent the second consecutive month of escrow transactions following the release on December 1, 2017.

This suggests that the monthly escrow unlock pattern has resumed after a two-month pause in October and November of last year. After the escrow release, whales transferred roughly 218 million XRP across many wallets.