Five tokens that you should NOT buy in 2023 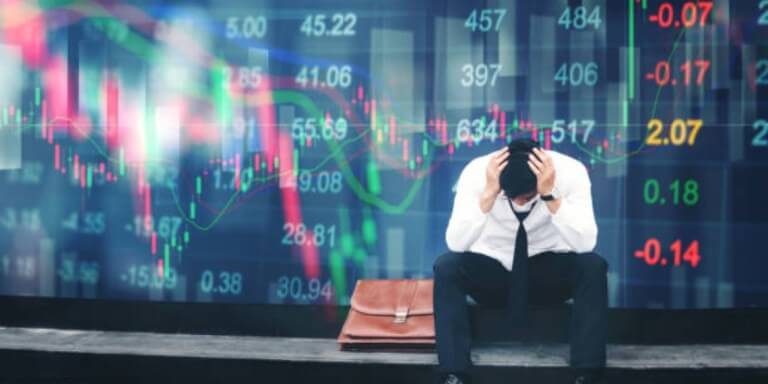 The crypto market experienced its worst year in the history of DeFi. Investors have witnessed the disappearance of tokens from the market, causing incalculable effects. A new season has arrived for crypto investors; with the new year comes a new investment mindset. Crypto tokens are a form of digital currency that represents a specific item or use and reside on their own blockchain.

Since the introduction of bitcoin (BTC) in 2009 and ether (ETH) in 2015, the crypto market has expanded to more than 9,000 coins and tokens by 2021. According to data from CoinMarketCap, there are already over 20,200 cryptocurrencies in circulation around the globe.

Inflationary versus deflationary tokens – the difference

Many individuals view crypto tokens as a viable hedge against inflationary pressures. You must be aware, however, that cryptocurrencies also qualify as inflationary and deflationary assets. A cryptocurrency that exhibits inflation is one in which the total supply of tokens is growing.

Mining, staking, and other techniques can increase the circulating supply of tokens. The token’s worth would decrease as its availability increased. Consequently, users are required to spend more tokens while acquiring a specific product, asset, or item.

Deflationary cryptocurrencies are those in which the supply of tokens would decrease over time. Consequently, even in scenarios with constant demand, the value of each coin would increase. On the other hand, unique deflationary initiatives are utilized by distinct projects to achieve specific goals.

After the losses faced by crypto investors in 2022, it would be prudent to trade and invest where earnings are assured to make up for the crypto winter. Additionally, as more tokens flow into the market, the worse it gets for token prices. With that said, here are tokens to avoid in the low-liquidity and low-volatile crypto market.

Within the world of cryptocurrencies, the blockchain reigns supreme. Without this decentralized ledger, cryptography would not exist as we know it today. With that T, Telegram stated in 2018 that it would develop its own blockchain, dubbed Telegram Open Network.

The Open Network’s Toncoin is often known by its ticker symbol TON. This coin is used to support transactions like network validation and staking incentives. Toncoin started live on 26 August 2021 at a price of $0.41 and experienced steady growth in its first few months, leading to its largest breakout to date. The price of TON reached its all-time high of $5.84 on November 12, 2021.

On 19 December 2022, the price of TON was approximately $2.65. It had a market capitalization of slightly under $3.3 billion, making it the twentieth-largest cryptocurrency by that criterion. Is Toncoin a good investment? It’s difficult to say. While TON has recently outperformed the market, it is uncertain whether this trend will continue.

Whether or not it is a good investment depends on your investment objectives and portfolio composition. Investing in cryptocurrencies is an extremely high-risk endeavor, and capital is in danger.

TON is currently valued at $3.3 billion, with over $8 billion in tokens to be released. However, this is not good news due to the billions of dollars of inflation in a bear market and one of the most severe crypto winters.

The popularity of the move-to-earn game STEPN, which emerged in early 2022, appears to have waned, as the Solana-native gaming program continues to suffer a reduction in its user base and a fall in GMT token prices.

The bear market of 2022 and increasing competition in the move-to-earn sector have dropped STEPN’s GMT token off the list of the top 100 most valuable cryptocurrencies and to its lowest level since its launch month.

In November 2022, cryptocurrencies based on the Solana blockchain that was linked to the now-defunct FTX crypto exchange saw increased selling pressure. As of 22 November 2022, GMT traded at 90 percent below its all-time high of $4.11.

STEPN has attempted to reverse its slide by extending its native Solana blockchain to Binance’s BNB Chain and Ethereum‘s network. STEPN sits at a $1.6 billion valuation despite its massive price rises. In addition, it does not appear that daily token unlocks of $400,000 will benefit the project in 2023.

The dYdX DEX is simply one of many decentralized exchanges now available. The fact that dYdX provides its members with choices other than bitcoin trading could potentially set it apart from other DEXs that provide crypto traders with a variety of trading options.

There are a total of one billion DYDX tokens, which will be distributed in one way or another over the course of about five years. Antonio Juliano, a former engineer at Coinbase, founded and launched the dYdX platform in 2017, with the DYDX token entering circulation in 2021.

The recent performance of the token has been favorable, but future market performance will have a significant impact on its value. To attract market markers, DYDX must provide token incentives over several years. In addition, just 7% of the available supply has been unlocked. To make matters worse, in February 2023 $25 m in investor tokens will be unlocked.

So far, 2022 has been a horrible year for crypto in general and for 1inch in particular. It appeared that the decline to $1.19 in the aftermath of Russia’s invasion of Ukraine was the low point, as the token rallied to $2.07 on 1 April. However, this turned out to be an April Fool’s Day joke, as a series of market crashes sent the price to a record low of $0.5178 on June 18.

The token has been affected by downward market movements this year, and it is difficult to see how it will rebound or stand out in a crowded DEX marketplace. On February 6, 2023, $100M worth of tokens will be issued despite the continued poor performance. Investors should not take the tokens inflow as a positive indicator.

Even though it was released at the end of May 2022, Optimism (OP) was able to attract investor interest by making transactions on the Ethereum blockchain faster and cheaper. Unable to achieve its $4 launch-day peaks, the platform’s native coin OP is currently valued at approximately $1. (as of 16 December 2022).

Optimism is one of the available layer-2 scaling strategies. More than 234 million OP coins were in circulation as of 16 December 2022, out of a total supply of 4 billion, according to data from CoinMarketCap. In May, more than $100 million in tokens will be issued. This is bad for OP investors.

If you intend to invest in cryptocurrency tokens, you should always conduct your own research. Before making an investment decision, consider the latest market trends, news, technical and fundamental analysis, and expert opinion. Remember that previous performance is not indicative of future results, and never invest money you cannot afford to lose.