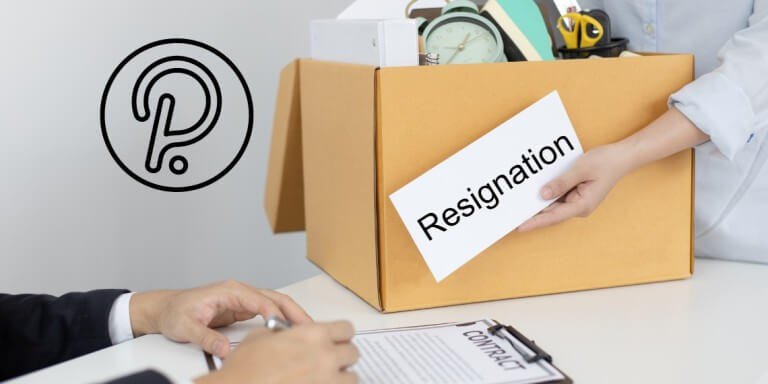 Should Polkadot investors be concerned? According to a Bloomberg report, Gavin Wood is relinquishing his position as chief executive officer of Parity Technologies, which provides the Polkadot ecosystem with its primary support. Wood, an early Ethereum contributor and co-founder will continue to own the majority stake in Parity and serve as its primary architect.

Wood, a veteran crypto developer who co-founded Polkadot in 2015 after leaving the Ethereum Foundation, will continue to hold the majority stake in Parity Technologies. Bjorn Wagner, co-founder of Parity, will assume the role of CEO. Wood apparently decided on his own choice. According to Gavin, his position as chief executive has hindered his pursuit of “eternal happiness.”

The role of CEO has never been one which I have coveted (and this dates back long before Parity). I can act at being a CEO well enough for a short while, but it’s not where I’m going to find eternal happiness. A good CEO needs to be available to others on a far more continuous basis.

Polkadot, which is widely believed to be Wood’s brainchild, is a so-called multichain network that enables its developers to build on their blockchain and connects these numerous smaller networks as “parachains.”

Moreover, the Polkadot and Kusama blockchain ecosystems were developed by Parity Technologies. Wagner and Wood started the company in 2015 as co-founders. Since the beginning of the crypto winter, Polkadot has undergone significant upheaval.

In July, the company developing the Polkadot blockchain hired numerous new executives despite the industry-wide problem of layoffs. Eran Barak, a graduate of Tel Aviv University and a computer scientist, was appointed the company’s chief operating officer.

Former Parity Technologies co-founder and chief executive officer Jutta Steiner resigned from her position in November 2021 after leading the firm since 2015. At the time, Wood replaced her.

Wood stated that his departure would allow him more time to code new blockchain and web 3 technologies, such as “chain-integrated social primitives.” He also stated that he would concentrate on making Polkadot and Web 3 more accessible to the general public.

I’ll be pointing my regained focus towards exploring how we can contribute to making Polkadot and Web3 more relevant to large swathes of the population. This will begin by helping the community design and build several interesting chain-integrated social primitives which I think are crucial for us to deliver a true Web3 platform.

Wood joins a lengthy list of crypto executives who have decided to leave their professions in 2022. In the past few months, notable crypto industry CEOs have left, including Alex Mashinsky of Celsius, Jesse Powell of Kraken, and Michael Saylor of MicroStrategy.

Following the announcement, the Polkadot (DOT) price has plummeted by around 1.4%. It has lost around 5% during the past twenty-four hours. From its all-time high, the native token of one of the leading “Ethereum killers” has dropped by 89.43%.

According to CoinGecko, DOT, the network’s native token, is the eleventh-largest cryptocurrency by market capitalization. Currently, it is valued at $6.8 billion.

Polkadot, which is widely believed to be Wood’s brainchild, is a so-called multichain network that permits its developers to build on their blockchain and connects these numerous smaller networks as “parachains.” The initiative has now gained considerable popularity, especially in China.

Given Wood’s continuous commitment to building and expanding the network, many in the Polkadot community appeared relatively unmoved by the announcement on Friday.

The present crypto bear market has instilled panic, worry, and uncertainty in investors. The grave crisis began in January 2022, when the global market cap of cryptocurrencies fell below $2 trillion.

Analysts anticipate the present bear market will end between November 2022 and December 2022, with a possible bull market beginning between the end of 2024 and the beginning of 2025. Polkadot has endured the consequences of the crypto winter.