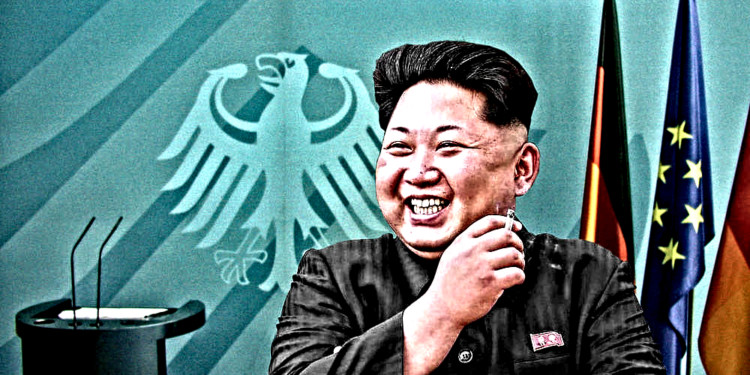 Recently a group has emerged dubbed the Cheollima Civil Defense. This group has been actively voicing its opinion against the North Korean Government and its president Kim Jong-Un. North Korea’s government follows the Juche philosophy which is basically a form of socialist self-reliance.

This group is against this ideology and wants to free the country from a strictly controlling government. For this purpose, they are even willing to commit acts that may risk their lives. They also proudly admitted to having vandalized the North Korean embassy in Malaysia.

The group came out announcing that on the coming Sunday they will be creating and trading visas. These visas can be purchased by people by using ETH (Ethereum). They further elaborated the pricing by saying that the first thousand visas to be sold will retail for one ether.

These visas will be released through the blockchain network. As of now, no new information has been revealed by the group on how much the visas will retail for after the one-thousand limit is crossed. This group likes to call its self the Jayu Joseon. Jayu meaning free and Joseon being a Korean dynasty that was based on a monarchy.

The group has also announced that these visas can be traded by a second party as well. So this means that anyone can purchase any number of visas and then sell them on their own. They are calling North Korea the “future free country” and also claim to achieve this goal in the short span of only forty-five days. The group says that businesses and any commercial dealings in the new country will be made after informing them about it.

The visa is important because it allows the user to have access to the Jayu Joseon. These visas are called Genesis visas. As of now, seven visas have already been issued, but the official purchase will be conducted on this coming Sunday.

It is not yet confirmed what the objectives of this group are, but one thing that is confirmed is that they are in favor of Cryptocurrency and especially like Bitcoin and ethereum.