Midas investments to cease operations after a $63M loss 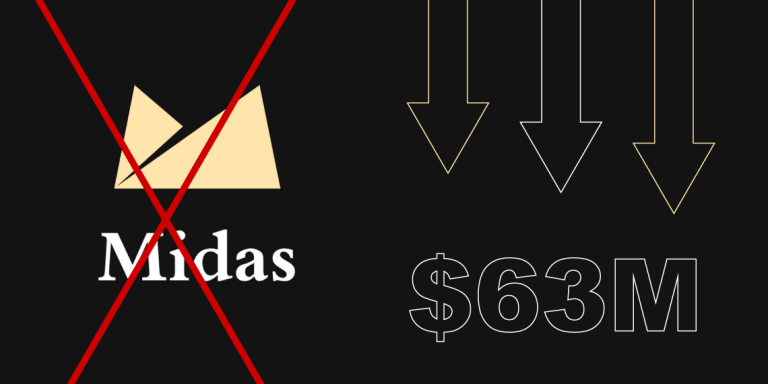 According to the platform’s webpage, the firm had over $100 million in assets under management with over 1,000 customers. They provided high-interest rates, e.g., 17.3% APY for BUSD and USDT deposits. Liquidity pools offered as high as 40% return on investment (ROI).

Despite reports of robust risk management policies and high yields, the platform succumbed to high losses.

Details provided on the platform indicate that the firm suffered a loss of $50 million in the spring of 2022. Following the bank run on Celcius and FTX, customers withdrew over 60% of assets under management (AUM), creating a large deficit.

The platform lost $14 million in Inchi protocol and $15 million in DeFi Alpha decreasing value. The price dynamics of altcoins in the crypto winter also caused deficits; for instance, the platform owned substantial amounts of FTM, which affected their collateral.

extensive withdrawals due to the insolvency of Celcius and FTX, coupled with reduced yield opportunities on the market, made it impossible to cover daily payouts to users

The firm accounts for the remaining deficit: $1.5 million in the Harmony bridge hack, $3 million in FTM price drop, $15 million on balancing Midas token sale in the market, and $10 million used for boosted payouts.

According to the announcement, only C-level employees knew about the dire situation.

In the compensation plan outlined by the platform, they will strip users of all their earnings. Users with a greater than $5000 balance will only receive 55% of their balance.

Midas investment will compensate for losses in the platform’s native token, which has dropped by over 99.5% today. They will then swap the tokens for the tokens of the new project.

The new project will include yield-bearing cryptocurrencies and treasury that holds liquid DeFi yield-bearing positions. Revenues will be transferred to the Midas token benefitting its holders.

The team envisions a market capitalization of $200 million in two years.

The news caused a great uproar from the community as they cried foul of their lost investments. According to some, it was wrong for the platform to provide false PR until the last minute.

MIDAS is the native utility token of Midas Investments and the governance token for the Midas DeFi protocol. It is an ERC20 token with a capped supply of 5 million tokens.

Through chart price analysis, we can deduce increasing downward price momentum from the MACD histogram; the MACD and signal lines are heading south, so prices will probably fall lower. The 14- day Relative Strength Index (RSI) shows the Midas is selling in oversold territory.

The sharp fall in price occurred when Midas Investment announced it to the public.

As we cross into 2023, the Midas team has an uphill task as it embarks on a new project tainted by failure.