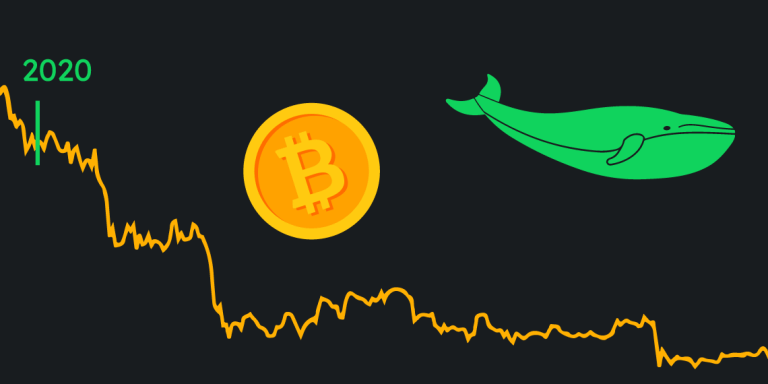 Recent data from Santiment has revealed a decline in the interest of whales – investors with large amounts of cryptocurrency – towards Bitcoin, which is now at its lowest since 2020.

The “whale transaction count” is a metric that records the total amount of transfers with values exceeding $1 million per day on the blockchain network.

When the value of this indicator is elevated, it implies that plenty of significant transactions are currently taking place in the market, signifying that whales are actively trading. On the contrary, low values indicate the whales aren’t performing too many trades.

This graph illustrates how Bitcoin whale transactions have seen a dramatic surge over the last five years:

As showcased in the graph above, Bitcoin whale transactions have been consistently declining since the commencement of this bearish market.

Furthermore, these levels are now significantly lower than 2021 and 2022’s average values; thus making it the least active period since December 2020.

Whales have not been exhibiting much interest in BTC lately, thus resulting in no substantial selling pressure. This suggests that they have also refrained from accumulating cryptocurrency. Also, this has caused Bitcoin to remain stuck in a prolonged period of consolidation recently with limited price movement.

According to Santiment, there is a visible trend between Bitcoin’s value and whale transactions; when the market experiences bull runs, we often see an influx of activity from these whales.

Contrastingly, bear markets tend to bring about waning action in this regard – something that has also been observed recently. The accompanying chart provides a clear illustration of this relationship through time.

Interestingly, when whale activity intensifies during bearish market trends, prices tend to reverse. Also, this indicates an increased interest from the trading cohort, and subsequent accumulation leads to a price increase.

Recently, the metric has experienced some peaks and valleys; they have mainly been correlated with variations in the price. These fluctuations are likely caused by distribution instead of accumulation. It is uncertain when whales will return to trading this coin heavily, which could generate a bullish reversal in its value.

At the time of writing, Bitcoin’s worth is hovering at a staggering $16,600 – 1% less than last week. Nevertheless, it faired better over the past month, with an overall increase in value by 1%. The graph below captures this five-day volatility of cryptocurrency.