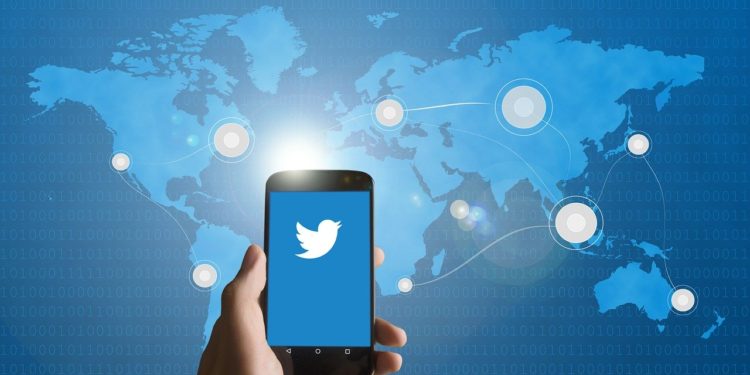 The recent Justin Sun-Steem controversy attracted the attention of a lot of people. One of them was John McAfee, the founder of McAfee anti-virus software. McAfee took a jibe at Justin Sun via his tweet that he’s trying to ‘collect water with sieve’. McAfee tweet on Sun was directed after he tried to takeover Steem’s voting rights.

McAfee’s opinions on Bitcoin have been a source of controversies for a long time. At one point, he considered Bitcoin to be the pioneer of the crypto industry and boldly predicted that its value will rise to a million someday. Later he completely reversed on it and said he doesn’t believe in Bitcoin at all.

McAfee tweeted via his official Twitter handle, commenting on the Sun-Steem controversy. He said that he believes that ‘Justin forgot one thing about Steem that it is a community. Communities can’t be purchased. It is basically like collecting water using a sieve.‘ McAfee tweet on Sun generally received positive reactions from the people.

A lot of people in the crypto user base came out in the support of Steem when Justin tried to takeover. It was reported that popular exchanges like Binance, Huobi, and Poloniex were also involved in the takeover, mobilizing their masses to support Justin. Binance‘s CEO, CZ tried to clear the air but the reputation had already taken the hit.

After the allegations, Huobi has accepted that they were involved and have reversed their vote. CZ also confirmed the news hours later claiming that he has unvoted and that was an oversight from his side.

McAfee on the other hand, away from the cryptosphere, has decided to withdraw his name from 2020 US Presidential candidature. However, he said that he will be eyeing for the second most powerful seat in the country, the position of Vice President.

“I regret That I am ending my campaign for President. I am instead Attempting to run For the Vice Presidential slot.I have asked my Campaign Manager@Loggiaonfire To contact the Campaign of Libertarian @VerminSupremeAnd offer to be his VP pick. Full explanation in video.pic.twitter.com/750ggzJdBY”. @officialmcafee 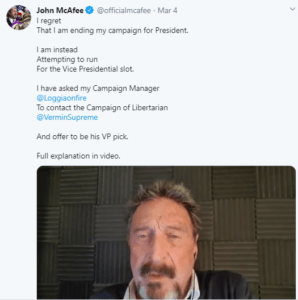