McAfee accepts he is defeated fair and square in crypto predictions 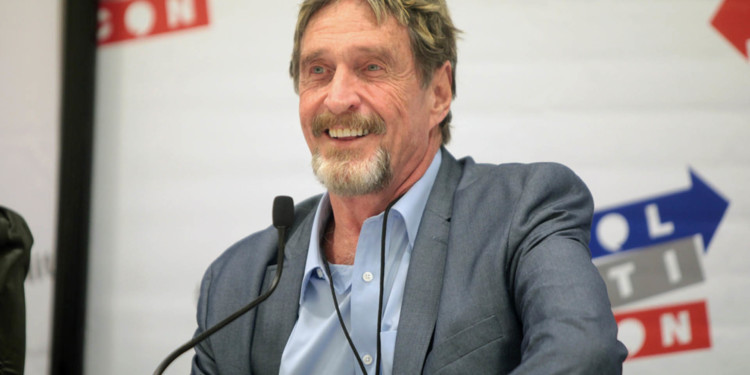 John David McAfee the famed British-American computer programmer and businessman has admitted his defeat when it comes to predicting the future of Bitcoin and crypto sphere. He founded the software company McAfee Associates. He is not only a businessman but also a crypto enthusiast. He recently discussed regulation is crypto on Twitter.

He mentioned a bet he made on Twitter regarding his prediction of Bitcoin hitting one million dollars by the year 2020. With the current decline of rates in the crypto market, he has acknowledged the fact that his predicted events may not occur.

Macafee has always publically supported the crypto community and market. He is very positive about the future of cryptocurrencies even after witnessing the recent panic in the space and decline in market rates of Bitcoin as well as associated digital currencies.

McAfee feels that the digital currency technology has a lot of potentials and that this staggering fall is just a phase any economic market faces once in a while. He suggests that investors should remain calm and not make decisions in a state of panic.

He also mentions in a tweet about his thoughts on the crypto regulation. He thinks that the nature of cryptocurrency cannot sustain any form of regulations. He went on to say that blockchains have a free functioning basis and don’t need permission to carry out tasks. He regards blockchain technology to be the first technology that is self-sufficient and not governed by human control. He thinks that interrupting the course of a self-sufficient technology and trying to regulate it kills its purpose.