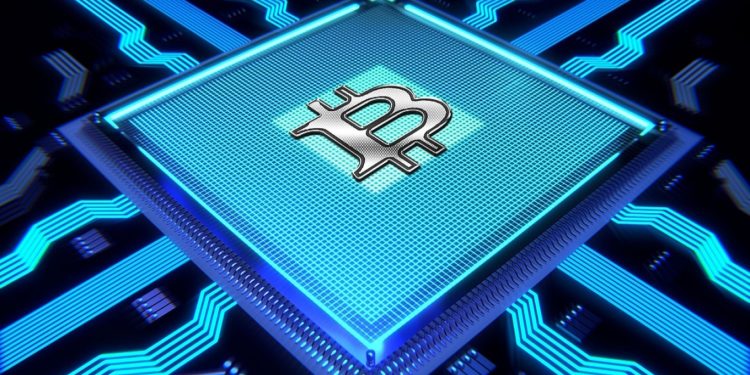 Bitcoin has a hard cap of 21 million coins. This means only 21 million coins will ever exist. However, some of these Bitcoins, despite being mined, will never be accessible due to human errors when sending it to friends. In addition, hacks and lost private keys means not all 21 million Bitcoins will be available for use.

In this post, we’ll see the number of Bitcoins yet to enter active circulation, how many years it will take to bring the unmined Bitcoins into circulation, and how BTC maintains the supply and demand curve. So, precisely how many bitcoins left to mine? We’re taking a long journey.

Table of Contents HIDE
1. How many Bitcoins left 2020?
2. Where are the remaining Bitcoins?
3. How are Bitcoins mined?
4. What year will the last Bitcoin be mined?
5. Life after 21 million Bitcoins
6. Conclusion

How to buy Ethereum

Currently, there are 18,389,393 BTCs in circulation. The current price for each Bitcoin is $9.584K. Subtracting this from 21 million coins leaves 2,610,607 BTCs. Notably, of the many Bitcoins alive today, not every coin is accessible. Around 5 million coins cannot be reached. Some have been hacked from individuals’ wallets, and some have been lost in crypto exchange hacks like those stolen from the Mt. Gox Bitcoin exchange and Bitfinex hacks.

Also, roughly 35 percent of the 5 million coins is permanently lost after their owners lost access to private keys. For example, the death of Quadriga’s CEO left Bitcoins inaccessible since he was the only one with the private keys.

However, the 13 million Bitcoins aren’t evenly distributed across Bitcoin owners. Some have few while others have insanely many Bitcoins. But, of interest is the holding by slightly over1500 individuals who have staggering amounts of Bitcoins in their possession. Often called whales, these individuals hold roughly 28 percent of the Bitcoins currently in existence. It’s estimated that these whales (including Satoshi Nakamoto, Bitcoin’s founder) hold approximately 5 million Bitcoins with Satoshi holding approximately 900,000 coins.

Where are the remaining Bitcoins?

Bitcoins that have not yet been mined are kept in a pool ready to pay miners for validating transactions on the Bitcoin blockchain and keeping it safe of unwanted interference. So, there’s an exact number of how many bitcoins left to mine.

However, the rewards miners get keeps reducing by half (halving) after every four years or after 210,000 blocks are mined. When Bitcoin was born over ten years ago, miners received a reward of 50 BTC for each block validated. When the first halving event took place in 2012, the block reward was slashed by half to 25 BTC. In 2016, the reward per block was further cut to 12.5 BTC. In May 2020, the third Bitcoin halving reduced the reward per block by 50 percent to 6.25 BTC.

How are Bitcoins mined?

Although the term mining may confuse you, it just means confirming and validating transactions on the Bitcoin platform or keeping the Bitcoin network secure. It can also mean adding blocks to the Bitcoin blockchain.

To do this, miners require powerful devices to access and find new blocks on the network. But it wasn’t always like this. In the early days of Bitcoin, a computer with a standard processor was capable of minting new Bitcoins. However, due to the difficulty of finding new blocks, specialized devices such as ASICs have since taken over the process of finding new blocks.

The process requires tapping into the BTC network, finding, and validating new transactions. On average, adding a new block takes 10 minutes. However, this time may increase depending on the congestion on the network.

The requirements when you want to mine Bitcoin are:

Wallet. This is used to store your rewards after confirming a transaction.

Crypto exchange. Once you receive your reward, you’ll need a place to cash out to pay for electricity, internet, and other bills emanating from mining BTC.

Mining device. Currently, ASICs are being used due to their high processor power and are manufactured specifically to mine BTC. The strength of ASICs is measured in hashrate; the higher the hash rate, the higher the speed. But, as more powerful devices are connected to the Bitcoin blockchain, the BTC network automatically increases the difficulty of finding new blocks. This is called the mining difficulty.

BTC mining pool. This is a collection of miners combining the power of their devices to increase the hash rate to make it easier to find a new block. In a pool, the reward for each block is shared among the contributing devices according to the amount of hash power contributed.

Mining software. This enables you, among other things, to interface your ASIC with the mining pool and to provide information on where to send your share of the rewards.

What year will the last Bitcoin be mined?

Currently, 85 percent of Bitcoins have already been mined. Interestingly, the remaining 15 percent will take 120 years to mine. Why? Because the amount churned from the pool of unmined coins keeps reducing until block rewards reach 0.00. So, the last Bitcoin will be mined in 2140.

Here’s how this works.

Since Bitcoin is a decentralized platform, Satoshi had to find a unique way to introduce the law of demand and supply. The lower the supply, the higher the demand, the higher the value. Of course, knowing how many bitcoins left to mine makes everything predictive.

After 2140, the incentives to continue validating transactions on the Bitcoin network will change. There will be no more unmined BTCs for use as rewards.

Commentators are split on the fate of miners, the security of the Bitcoin network, and the cost of transacting in BTC. With transaction fees being the only mining rewards, it may not be enough to keep the rigs on. However, some commentators see a scenario where the costs will rise, making it not viable to send or pay with BTC.

Now, you not only know how many Bitcoins are left but you also know when the last Bitcoin will be mined, how the mined Bitcoin adds to the total number of Bitcoins in circulation, how Bitcoins are mined, and what are mining rewards. However, the number of Bitcoins left in active supply may continue to drop as whales keep filling their wallets, private keys are lost, and hackers keep terrorizing the cryptocurrency space.

As the reducing supply and increasing demand for Bitcoin keeps the value of BTC in the market in check, Bitcoin continues to move closer to being a store of value as gold, making it an investment option. How to buy Ethereum