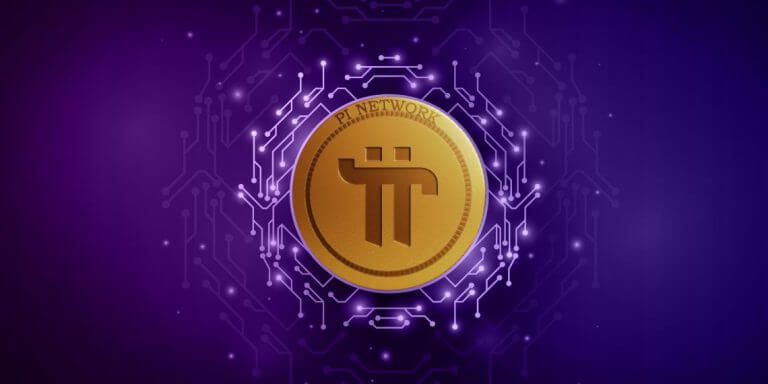 Mining cryptocurrency is how new coins are put into circulation. Miners are rewarded with a portion of the cryptocurrency for verifying and committing transactions to the blockchain. Long ago, anyone could mine Bitcoin on their computer at home. However, as the network grew, it became increasingly difficult to profitably mine without expensive hardware.

The preceding assertion, on its own, isn’t particularly ground-breaking. It may be disputed since Monero was the first digital currency to have a Minergate program. Amazingly, mining Pi does not use resources from your phone. This indicates that when you mine, you will not notice any difference in your phone’s performance.

More significantly, mining Pi won’t drain your phone’s battery. We all understand how much power it takes to mine other cryptocurrencies (particularly Bitcoin). As a result, mining crypto with limited resources is quite fascinating. If you are ready to start,, let’s show you how to mine Pi coins.

Pi Network has faced its fair share of controversy recently. Please do your own research before investing.

Contents hide
1 What is Pi Network?
2 What is the Value of Pi?
3 How to mine PI with the Pi App?
4 How Pi Mining works
5 What Is the Security Circle in Pi Network?
6 Why Mine Pi coins?
7 Pi Network Mining Profitability
8 How much Pi can you Mine in a Day?
9 Benefits of Pi Mining

What is Pi Network?

Pi (PI) is the first social cryptocurrency that you can mine on your phone. It was created by Stanford graduate Dr. Nicolas Kokkalis, Dr. Chengdiao Fan, Vincent McPhillips, and Aurelien Schiltz as a beta version on Pi day, March 14th, 2019. The cryptocurrency rapidly caught the attention of individuals who wanted to be a part of a new social network and attempt to mine crypto.

Pi Network may include mining applications in the future, such as Electroneum (ETN), which utilizes your device’s resources to decode the algorithm. However, as of now, Pi Network is working on an algorithm that enables you to mine with ease. The app uses a security protocol called “Proof of Work (PoW),” which allows your smartphone to verify transactions.

It’s almost identical to how Bitcoin operates; however, instead of using vast amounts of energy to power rigs, it only requires your phone’s processing power. The best part is that you can mine while performing other tasks on your device. You may also shut down the program, turn off the network, and still be able to mine coins every 24 hours.

What is the Value of Pi?

Pi is not yet available on any cryptocurrency exchange. The Pi Network team has stated that they will eventually launch the coin on exchanges; however, there is no set date. You’ll need to convert your coins to cash or another cryptocurrency when this occurs.

The value of a cryptocurrency is based on supply and demand in the market. The Pi Network community is growing every day, and by August 2020, the app had over 7 million members joining at a rate of 0.4 Pi/h.However, once it’s available for trading, the price will be determined by how much people are willing to buy or sell it.

We know that on November 29, 2021, there were supposedly 29 million active users on the Pi Network, and it is these individuals who mine. We also understand that people who refer users get a 25% boost to their mining power, so the rate at which individuals mine might differ.

How to mine PI with the Pi App?

Blockchains are the fundamental unit of all cryptocurrencies. Every cryptocurrency begins and continues as a result of the block-solving process. Many computations are performed during mining to combine individual transaction blocks into one chain. A miner is rewarded with new cryptocurrency coins as a consequence.

Step 2: Sign up using your phone number and full name. Next, create a username. After you’ve completed these steps, you will be able to see the ‘Pi icon’ in the app. Once you tap on it, you will see a message that reads, “Mining is turned off.”

Step 3: Create a profile and enter your personal information. Make sure you give your real name. Continue by filling out the country and phone number fields.

Step 4: Enter the invitation code. There are two methods for obtaining it:

Ask your friend who uses Pi Network to share his code with you; you can find the code on Google if you don’t have anyone on the Pi Network.

You must visit the application daily to show that you are a real person, not a bot. The cryptocurrency will be credited within 24 hours, at which point Pi Network mining should be reactivated. If it’s difficult to remember everything, consider turning the notifications on.

Step 6: Make a little tour with the Pi mining software. You’re now ready to mine PI. Every user is entitled to 1 PI upon registration.

The following ranks are available with this system:

Pioneer: This is the first level for all users. The mining activity was 0.39 π/h;

Contributor: To reach this stage, you must mine cryptocurrency for three days;

Ambassador: This ranking is for people wishing to invite others to the Pi Network.

Node: Participants that have connected extra hardware to the network. This level is still in the early phases of development, and it will be made available at a later date.

The Pi Network’s developers have made a major stride forward in mining technology with their blockchain. The project aimed to build a user-friendly network that allows users to connect and mine coins using a mobile application with little expense and minimal battery drain.

The Pi App allows you to get PI by completing simple tasks and contributing to the Pi community. Despite this, it is still impossible to withdraw money despite developers’ promises of the moon. We’ll see whether or not that’s true.

Even though there are no longer any PI coins in circulation, this does not imply that they don’t exist. They are, nevertheless, only available in the PI app. While most cryptocurrencies with a known quantity of coins have a set amount, PI does things differently. Each user in the network has a set number of PI coins, so rather than people competing for coins, they have a certain quantity of coins to distribute.

However, this does not imply that everyone has the same number of coins to mine. The number of PI people can get has been reduced by half over time. When the Pi Network first launched, the starting mining rate was 1.6 per hour, which declined to 0.8 PI per hour after 100,000 users joined up.

When an app’s user base reaches 10 million, it will reach 0.2 PI per hour, which is a 50 percent reduction in speed compared to the previous halving. The rate will drop to zero as soon as a billion users are on the app, with all coins having been mined, at least in theory.

What Is the Security Circle in Pi Network?

The term “security circle” in reference to the Pi network refers to a group of three to five users who trust one another not to do fraudulent transactions. It’s unclear how this trust is established, what it implies, or what might happen if someone betrays it.

Pi secures its ledger when its members vouch for each other as trustworthy, and cryptocurrencies like Bitcoin secure their ledgers by requiring miners to burn energy (proof of work). Each contributor to Pi’s vouch for one another by establishing security circles with three to five persons they consider reputable. People you can trust not to commit fraudulent transactions should be part of your security circles. The Pi ledger’s security circles are a worldwide graph determining who may be trusted to work with the network’s ledger.

Why Mine Pi coins?

Although Pi has no value right now, the Core Team is putting effort into creating something worthwhile. The Pi community has published a whitepaper describing its objectives and vision. One of their goals is to have developers create applications for the Pi network, which a growing community will use.

The Pi’s Core Team cannot guarantee the project’s success, but they are working hard to make it successful. Meanwhile, you may store your Pi coins in your smartphone, which will act as a wallet. If the Pi Network goes live on the mainnet, you’ll be able to sell your assets.

Pi currently has no value. You’d only be mining for virtual coins. If the creators build something of real value in the future, you’ll be able to sell your Pi holdings for a profit. However, the creators do not promise that the project will be a success. As a result, you must choose whether or not you want to put a little of your time earn Pi.

How much Pi can you Mine in a Day?

The mining rate is currently being halved at predetermined intervals, corresponding to the number of increasing miners until the mainnet is launched or there are 100 million miners. The app claims that, right now, there are more than 17 million pioneers (more advanced miners) on the network. With just one click per day, you will be rewarded with 3.6 Pi coins for free. To avoid mining with an automated computer, it must be reloaded every 24 hours.

The Pi Network is a new cryptocurrency you can mine on your phone without noticeable processing power. Stanford graduates launched the project, and it is still in development. There are currently no Pi coins in circulation, but the developers plan to release them when the project goes live on the mainnet.

How can I join Pi Network?

You can join by downloading the Pi Network app using the referral code of the person who invited you to sign up for an account.

The developers of Pi cryptocurrency are working hard to create a safe and secure platform.

Is Pi a Real Cryptocurrency?

If we're talking about a cryptocurrency you can trade for fiat currency or other digital coins, Pi isn't yet launched alongside other cryptocurrencies.

Is the Pi app a wallet?

The Pi network app can act as a wallet for your Pi coins.

What is the value of a Pi coin? 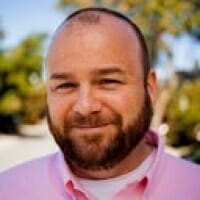 7 mins read
What lies ahead for Voyager Digital and its investors after FTX wins the purchase auction?
27 September, 2022