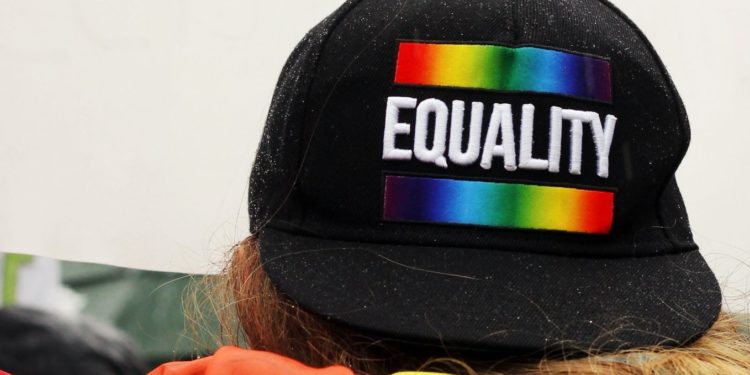 The average Ethereum value transfer now equals to that of the Bitcoin network. It means the total value of virtual assets moved via the blockchain, in this case, Ethereum blockchain, is now contending with those on the Bitcoin platform as of April 12 this year.

Blockchain analytics firm Messari shared data indicating that the two networks’ daily value transfer is at parity at roughly $1.5 billion. The total value transferred on the Ethereum network includes both ETH and other stablecoins built on the blockchain network, such as Tether (USDT). 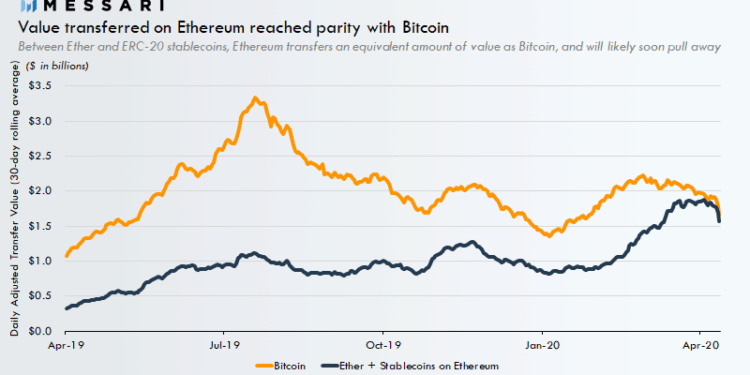 Ethereum value transfer has surged as bitcoin drops by almost 50%

The performance of the Bitcoin blockchain massively contributes to the parity in regular value transfer. The transfer value on the ecosystem reached an all-time high of $3 billion back in July 2019, within a single day. However, ever since then, the network has not been able to maintain such levels.

As the value of Ethereum surged, the digital currency peaked a milestone of $115 million in daily ethereum value transfer back in December 2018. Ever since then, that value has steadily escalated to about $1.5 billion today.

The Bitcoin blockchain had experienced a slight growth in day-to-day value transfer back at the start of the year. Unfortunately, the network has since gone under use since the mid-March bearish market.

Back in 2017, when bitcoin reached a milestone valuation, the number of transactions per second on the Bitcoin network reached an all-time high of 4.7 transactions each second. Unfortunately, in 2020 things are different, and that figure has been dropping since the March crash. The network currently processes below three operations a second.

In contrast, Ethereum reached a milestone TPS back in 2018 at 15. Nevertheless, the number of transactions per second has since reduced to 9 TPS. Although the figure has dropped, the Ethereum network still beats the BTC network in this department.