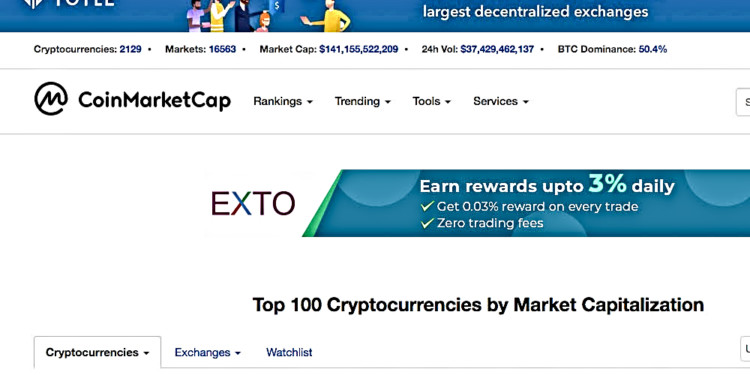 Coin Market Cap (CMC) is a trusted name in the cryptocurrency sphere and when it comes to the data sources and data overview of the market. The recent blow to the company comes with media reports of the coin market cap data being manipulated to imitate a thriving market.

According to a Bloomberg report, Carylyne Chan, the global head of marketing at the Coin Market Cap has confirmed that the concerns about the CMC data are very much “valid”. The exact details of the validity issues have not been revealed but the company is now taking serious measures to curb the issue, according to Chan.

CMC recently came under fire when the company had to face a case with the security exchange commission (SEC) of the United States. The company was claimed to have faked the Bitcoin (BTC) market volumes. The report by Bitwise further claimed that the company is reporting the number as high as with ninety-five percent exaggerated figures.

Chan, the official at CMC has however informed the media that the company is going to increase transparency by providing more information to the consumers allowing them to make their informed decisions about the exchanges and their wallets. This would allow users to be better able to understand the market situation.