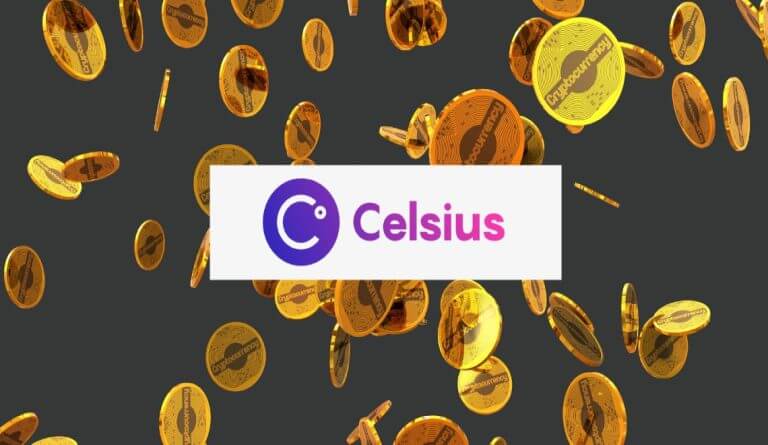 According to a court filing in the Southern District of New York, lending platform Celsius has withdrawn its motion to hire former CFO, Rod Bolger. The motion would have had the CFO paid $92,000 per month for a period of at least six weeks, prorated. The notice of withdrawal was received just before a Monday hearing to examine it.

Previously, the entity claimed it needed his assistance to manage the bankruptcy process. Bolger had given notice of his resignation from the firm and would serve the eight weeks statutory period. He was formerly CFO of Royal Bank of Canada and a division of Bank of America.

The company’s initial motion shows that as CFO, Bolger worked full-time and had a base salary of $750,000. He also received a performance-based cash bonus of up to 75% of his base pay. This is in addition to existing crypto options, bringing his overall income potential to approximately $1.3 million. The filing also stated that Bolger remains technically on the company’s payroll, despite his retirement.

Investors were also critical of the decision to reinstate Bolger. Attorneys for some investors submitted an objection, stating that Celsius provided very little information as to why his knowledge was needed. One legal expert stated that the choice showed a lack of concern for Celsius customers.

On June 30, 2022, Mr. Bolger gave notice to the Debtors that he was voluntarily terminating his employment. […] In accordance with his Termination Notice and the terms of his Employment Agreement (as defined below), Mr. Bolger is required to give the Debtors eight weeks’ notice, which he has done, and he is continuing to serve as an employee of the Debtors.

If the motion had passed, it’s unclear whether Bolger would have received more money than Celsius requested, in the form of a $62,500 monthly base salary (his existing salary) and a $92,000 per month consulting fee. According to the filling, Bolger still worked for Celsius during the period in question. However, it stated that he was not eligible for severance payments.

Details behind the motion to dismiss

The motion to dismiss was filed three days after news outlets reported on the request to enlist Bolger’s assistance as a consultant during the bankruptcy process. It also follows a formal objection submitted by Keith Suckno, a CPA and Celsius investor, who opposed the plan. According to Mr. Suckno, very little information was provided on why Bolger’s services were necessary in the bankruptcy case.

Celsius claimed it required Bolger’s assistance navigating the bankruptcy procedure as a consultant in its original motion. The crypto lending emphasized his importance because Mr. Bolger is acquainted with the Debtors’ operations.

During his three-year tenure, Bolger was credited with heading efforts to steady the company during this year’s tumultuous market volatility. He apparently handled the firm’s financial operations and served as a company leader.

Suckno challenged the decision to bring back Rod Bolger to assist with bankruptcy proceedings. Suckno said that Bolger had misrepresented the financial condition and liquidity of the lending network. The allegation was made in a blog post for Celsius entitled “Get to Know Rod Bolger, Chief Financial Officer, Celsius.”

The blog was published five days before the platform halted withdrawals owing to “extreme market conditions.” In the post, Bolger said that Celsius’ extensive liquidity framework, established liquidity data processing procedures, and modeling mirrored those of other big financial institutions.

According to the entity, this helped Celsius weather the recent market turbulence and ensure that clients who needed to access their digital assets could do so without difficulty. The following Monday, the platform halted all withdrawals and transfers.

Celsius is still going through a tough time

After Bolger left as CFO, Celsius hired Chris Ferraro, then the head of financial planning, analysis, and investor relations. The firm filed for bankruptcy protection just a few days after his appointment.

Once a towering figure in the crypto lending world, Celsius is now accused of running a Ponzi scheme by returning early investors’ cash with money it received from new users. Many retail investors have filed pleas to the judge asking for help recovering some of their lost holdings. Some investors say that their life savings were completely wiped out.

Celsius’s bankruptcy filing also reveals that the firm has more than 100,000 creditors, including some who provided the platform money without any security to back it up. Sam Bankman-Fried’s Alameda Research is one of Celsius’s top 50 unsecured creditors.

The Celsius drama has been tumultuous and still has a strong grip on the rest of the world’s attention. Meanwhile, its clients are facing a bleak perspective, and it could be years before they receive their money back.

Celsius’s difficulties have only compounded after a data breach, adding to its problems. An Arkansas resident has also filed a class action lawsuit against the firm. Celsius is having trouble getting out from under its financial strain as a result of these events.