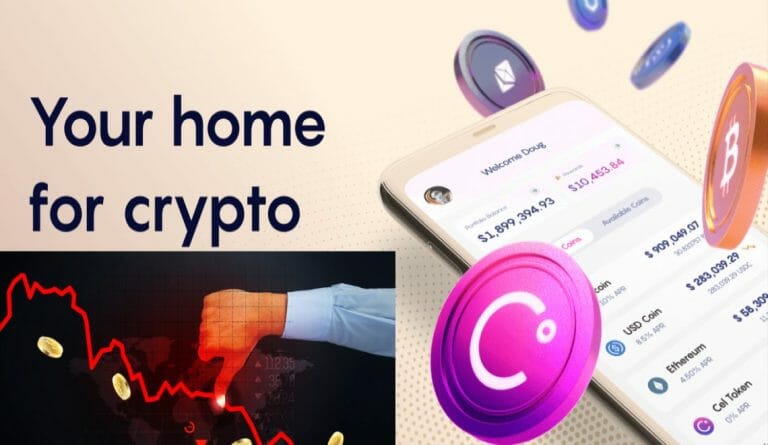 It is yet another bitter day for the cryptocurrency industry. The attorneys for the failed crypto lender Celsius claimed that user money belonged to the business, not the customer. According to the bankruptcy filings, consumers in retail will shoulder the burden of Celsius’ failure. According to lawyers from the entity, registered users from over 100 countries gave up title to their bitcoin deposited in Earn and Borrow accounts.

On Thursday, the lending network filed for Chapter 11 bankruptcy protection in the Southern District of New York. This is more than a month after it stopped client withdrawals owing to excessively severe market circumstances. The cryptocurrency firm has done an excellent job throwing its customers under the bus.

All went wrong for investors at the first bankruptcy hearing for Celsius on July 18. Pat Nash, a Kirkland lawyer, explained how retail customers with Earn and Borrow accounts gave away their cryptocurrency’s title to the business as per its terms of service (ToS). As a consequence, the entity is, therefore, free to use, sell, pledge, and rehypothecate those coins as it sees fit.

Customers’ access to their money was cut off in the month leading up to the sham appearance while the lender looked for ways to stay afloat. According to reports, its legal team has put forth a novel proposal aimed at preventing a total collapse – claiming ownership over users’ funds.

“Not Your Keys, Not Your Crypto.” This slogan has been said countless times since MtGox’s collapse years ago. The warning, however, appears to have been well-timed once again. Economists predicted that the platform’s investors might be disappointed following legal action a few days ago. According to experts, Celsius is more of an unlicensed bank than a crypto-asset lender.

However, questions have arisen about whether Custody account owners keep the title to their property. The corporation’s ToS states that the firm is not permitted to utilize coins in Custody accounts without user consent. Still, lawyers were unsure whether this applied to existing crypto held by the firm.

The entity has three key segments in its retail operations: the Earn Program, the Borrow Program, and the Custody Program. The last one is the only part of these where deposited funds are completely under the user’s control.

Unfortunately, its users will be disappointed to discover that the custody section accounts for only about 4% of all deposits on the platform. The bulk (77 percent) of all deposits were made in the Earn program, which offered a lucrative opportunity to invest in crypto at no cost.

What does this imply for the users? According to the platform’s Terms of Use, “the title to coins is transferred to Celsius, and Celsius is entitled to use, sell, pledge, and rehypothecate those coins.”

David Silver, a securities fraud and investment attorney broke down the legalese on Twitter. He blasted Celsius’ defense and the reluctance to clearly identify itself as a financial entity or another thing. He pointed out that Celsius was pivoting away from its original goal of being a crypto-only investment firm and rebranding to a Bitcoin mining entity.

Celsius also states that it can sell Bitcoin (BTC) generated through its subsidiary mining operation to pay off debts. Celsius CEO Alex Mashinsky stated in a bankruptcy filing document that his firm intended to mine around 15,000 BTC by 2023. The court has yet to respond to Celsius’ allegations in the current bankruptcy petition.

The Celsius Network has made progress in its goal of financial reconstruction. Bitcoin mining is one of the key strategies in this strategy. The firm plans to spend $3.7 million to build a new facility and another $1.5 million on importation costs for bitcoin mining rigs, and it has already received approval for this purpose.

At a bankruptcy court hearing in Manhattan on Monday, cryptocurrency lender Celsius Network claimed that bitcoin mining is essential to the firm’s reconstruction efforts. According to Patrick Nash, a lawyer for Celsius, bitcoin mining might be used to pay back consumers whose funds were frozen by the business.

The company already has a mining operation in the US. It currently operates over 43,000 mining rigs. According to the document, by the second quarter of 2023, it intends to boost this number to 112,000.

Celsius is using the mining operation to try to repair its relationship with clients, some of whom have made threats and hate mail against company staff. It’s also considering asset sales and third-party investment possibilities as a result of the initiative.

The collapse of Celsius’s share value caused a sensation in the market, given that it was formerly one of the industry’s major players. With Celsius, as with many other firms, the old adage “You’re never too big to fail” has proven true. Some investors are concerned that refunds will take years to arrive. The number of lawsuits has increased dramatically, with a resident in Arkansas filing a class-action lawsuit.