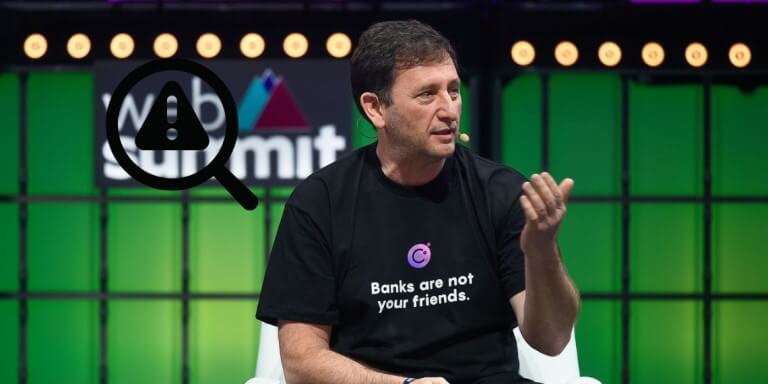 The situation for the cryptocurrency lender Celsius Network appears to be worsening. Detailed crypto sources indicate that the Network`s CEO Alex Mashinsky pocketed $10 million from his crypto loan company weeks before it banned consumer withdrawals.

Celsius was one of the first large crypto institutions to face the effects of the crypto market crisis in June. The demise of the stablecoin Terra and its sister cryptocurrency Luna precipitated one of the most treacherous crypto winters.

On June 12, the crypto giant organ subsequently froze withdrawals, preventing hundreds of thousands of individual investors from accessing their savings. The company filed for bankruptcy in July with a $1.2 billion deficit on its balance sheet.

The crypto lender stated in its application that it has approximately $167 million in liquid assets. Customers of Celsius owe approximately $4.7 billion. It continues getting worse. Alex resigned at the end of last month as investors continued to be anxious about their investments. As soon as he resigned, other crypto investors realized that moving forward would be difficult.

According to credible reports, Alex Mashinsky reportedly withdrew $10 million from the now-defunct cryptocurrency lender weeks before the company banned customer withdrawals in June.

In any case, a $10 million withdrawal from the company’s founder just weeks before the company denied its consumers the chance to withdraw the same amount is highly suspicious. Furthermore, this is not the only problematic element of the crypto lending organ.

While crypto detractors have long asserted that Celsius’s huge returns paid out to investors resemble a Ponzi scheme, the Vermont Department of Financial Regulation supported those assertions by making similar allegations.

The withdrawal disclosures will increase scrutiny of Mashinsky and the whole bankruptcy situation. In addition, it will raise issues regarding when he knew Celsius would be unable to recover customer assets.

In the coming days, the crypto lending entity will submit to the court specifics of Mashinsky’s transactions as part of a broader disclosure of its financial affairs.

A representative for Mashinsky stated that even after the withdrawals, he and his family still had $44M of crypto assets frozen with Celsius, which he had voluntarily reported to the official committee of unsecured creditors (UCC) in the bankruptcy proceedings.

According to a report citing sources acquainted with the case, $8 million was utilized to pay taxes on the income earned by Celsius’s assets. In addition, the remaining $2 million was held in CEL tokens for “estate planning.”

Sam Bankman-Fried, founder and chief executive officer of FTX, has described how his company would approach the acquisition of CELs’ assets. Since the bear market began, the company run by the tech guru has been making similar moves on the cryptocurrency market. FTX has also acquired the assets of Voyager Digital, another bankrupt company.

In response to a tweet from BnkToTheFuture creator Simon Dixon claiming that FTX was “seeking finance at a $32Billion valuation” in order to purchase CELs’ assets for “cents on the dollar,” Bankman-Fried stated that his company’s proposal is calculated at “fair market price, no discounts.”

However, Celsius’ depositors appear to be in a worse position of uncertainty at this time. Still, it is widely believed that the company may attempt to auction off its billions of dollars worth of assets. Alternatively, Celsius (CEL) tokens might be used to compensate customers.

Multiple regulators have objected to Celsius’s sale of its stablecoin assets, while the Department of Justice has taken a more aggressive stance.

The Department of Justice (DOJ) has objected to Celsius’ request to reopen withdrawals for a subset of consumers and liquidate its stablecoin assets. The DOJ asserts that Celsius’ financials lack transparency and that crucial decisions of this nature should not be addressed until the independent examiner’s report is filed.

The action by the Department of Justice is in addition to the objections filed by the Texas State Securities Board, the Texas Department of Banking, and the Vermont Department of Financial Regulation last week. All three are opposed to Celsius selling its stablecoin assets, citing the possibility that the company will use the proceeds to resume operations in contravention of state law.

The Motions are premature and should be denied until after the Examiner Report is filed. First, the Withdrawal Motion seeks to impulsively distribute funds to one group of creditors in advance of a fulsome understanding of the Debtors’ cryptocurrency holdings.

William Harrington, a U.S. Trustee for the Department of Justice, argued that Celsius’ motions should not even be considered until after the examiner’s report has been filed. In addition, he stated that “any distribution or sale should be postponed until interested parties, the United States Trustee, and the Court can reach a determination” regarding the value of Celsius’ liabilities, claims against it, assets, and what “the debtors intends to actually pay its creditors.”

It is frightening that investors in Celsius do not know the path forward at this time.