Cardano Stablecoin: Soon to blow everyone out of the water? 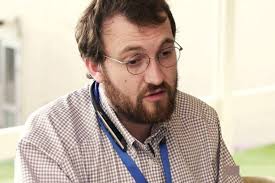 There are strong indications that Cardano stablecoin is most likely to be launched any time soon and as promised by Cardano founder Charles Hoskinson in his tweet, he intends to “blow everyone out of the water”.

The Weiss Crypto Ratings, the financial products, and the global market analyzing agent had earlier tweeted that the IOHK CEO is considering launching a decentralized stablecoin in line with the DAI mechanism.

Stablecoin for the future

Although the stablecoin project might take a while before it materializes, the Cardano founder is not backing down on his vision, which he claims to have been nursing for seven years, as he intends to “blow everyone out of the water”.

The stablecoin could be an added investment if it is eventually launched by Cardano. Investors are already familiar with the ADA as a strong alternative longterm investment against the EOS and Ethereum.

Cardano stablecoin could be the answer

However, the possibility of success or otherwise of Cardano stablecoin being launched is a subject of contention among leading cryptocurrency and financial experts.

Some key players in the cryptocurrency market are of the opinion that this impending stablecoin launch from Cardano could be too early, as a result of the fact that Cardano is yet to launch its own platform. It is equally true that a Cardano DAI-patterned stablecoin at this period could take a while before it materializes and widely accepted.

However, some are looking at this from another perspective. Cardano has established its name in the crypto market with great potentials for growth. Hence, if the stablecoin is eventually launched, its arrival in the market could be a turning point.

It is believed that the Cardano project founder, Charles Hoskinson must have thought about the challenges faced by similar stablecoins like the USDT and USDC, and make efforts to improve on this.