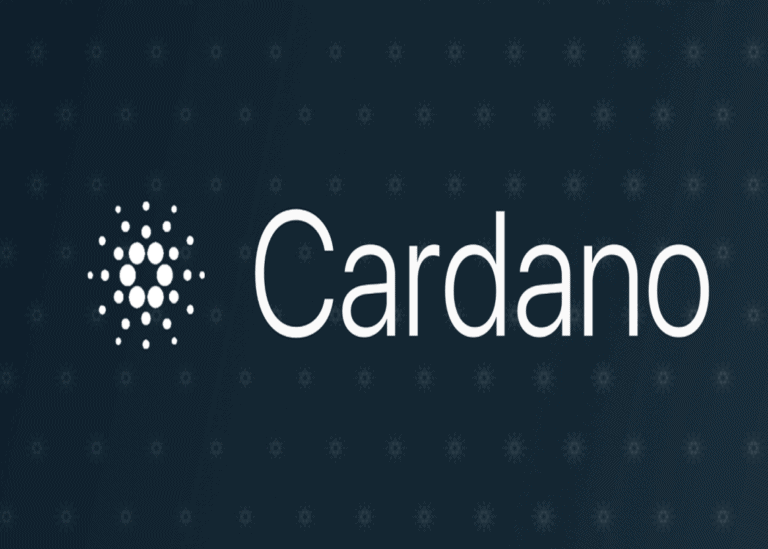 Charles Hoskinson, IOG CEO,  is busy with the Consensus 2022 event, ongoing June 9-12 in Austin, Texas. He mentioned his excitement about the Vasil hard fork, also expected to take place in June:

As many of, you know, a major major major hard fork combinator event is happening in June, which is the Vasil hard fork, and that is going to contain pipelining, which will be a massive performance improvement to Cardano, alongside the first wave of significant  Plutus  enhancements since Plutus shipped in September.

With the disaster that happened, I am glad I have chosen the turtle in this race, the turtle being Cardano; slow and steady wins the race!

Let’s see the potential of the Cardano blockchain network and why you should consider the ADA token for your portfolio.

Also Read:
• Cardano Vs. Ethereum: Comparison Capabilities
• Cardano Staking: What Are The Benefits?

Cardano is the habitat for the ADA cryptocurrency, which is mainly used to send and receive digital funds, making direct transfers fast and possible through the use of cryptography.

More than being a cryptocurrency, it is a technological platform that helps run the financial applications used by individuals and institutions worldwide. The platform is being constructed in layers that allow for upgrades of a soft fork.

Cardano blockchain also runs decentralized applications and services which are not being controlled by any third parties. This is the first blockchain project designed by a global team of engineers and can be implemented on mission-critical systems such as aerospace and banking applications.

Cardano is one of the biggest cryptocurrencies in the entire world, and so, in this article, we will discuss Cardano‘s price and future possibilities.

The Cardano Foundation has also declared the launch of the final version of the Alonzo Testnet, which will be featuring smart contracts on the platform. The new upgrade is termed Alonzo White, and with this release, investors are attracted to Cardano. Along with this, the coin was also added to the Grayscale Trust, and there are plenty of supporters of Cardano like eToro.

Owing to the public’s increased interest in Cardano and smart contracts, the organization behind the currency, Input Output Hong Kong, has spun up the Alonzo Purple testnet. The onboarding process has already been initiated, and once done, the testnet will be made live.

It was created by Charles Hoskinson, ex-Ethereum Co-Founder, and is considered a third-generation blockchain behind the likes of Bitcoin and Ethereum. It was launched back in 2017 to compete with Ethereum.

The coin took over the number three spot after Ethereum after blockchain technology company IOHK developers of Cardano ADA announced the date for the Alonzo hard fork on the Cardano mainnet. Alonzo became live on the Cardano network on September 13, 2021, which might lead to a surge in Cardano prices.

Cardano has been involved directly or indirectly in several projects since its launch. In April 2019, The company behind the Cardano Blockchain, IOHK, also launched Atala, which is an enterprise blockchain framework designed for the Ethiopian government and other African countries. Later on, in September of the same year, Cardano entered into a partnership with the athletic wear company, New Balance, enabling the company to use the blockchain to detect fake footwear.

In 2020, IOHK launched Project Atlas and Project Catalyst. The goal of Project Atlas was to improve users’ experience on the Cardano platform through services integration and more accessibility to its tools and products. Project Catalyst, on the other hand, sought to accelerate community innovation and develop on-chain governance.

Recently, Cardano has partnered with Nervos token along with the integration of Marlowe on Cardano blockchain that can come in handy for trading ETFs.

Cardano-based NFTs are quite popular nowadays because of the surge in Ethereum gas fees. The rising congestion and gas fees make the Cardano ecosystem most suited for NFT tokens. Recently, we have seen a lot of partnerships between Cardano and NFT artists.

DJ Paul Oakenfold, a Grammy winner EDM artist, has teamed up with Cardano to launch his next album as NFTs. The digital asset album will be based on the Cardano blockchain and is named “Zombie Lobster.”

The plan is to focus on new NFT projects on Cardano, and therefore, Starship Universe, an NFT project, deserves a special mention. This project is being managed by Alon Shulman, who has partnered with Cardano to release thousands of NFT tokens under this new project.

There are available wallets to store your Cardano crypto assets; to do that, you need to have at least one of the following wallets;

In order to understand the Cardano Price Forecast, it is imperative to look at the price history.

Before its launch in 2017, ADA coins were already on sale as far back as 2015, and sales continued till January 2017, after which it was launched. Its first rise in price was in January 2018, when it reached a record high of $1.31, a result of the cryptocurrency rally.

The crypto rally at the beginning of 2021 had seen the value of Cardano cryptocurrency increase greatly, too, reaching an all-time record high of $1.49 by February 27, 2021. But, this was just the start, and ADA prices kept increasing.

On September 2, 2021, the Cardano (ADA) price reached a new ATH or all-time high at $3.10 and has been the best-performing coin in the crypto world along with Solana, Algorand, Luna, and Tezos for the past month, experiencing a bullish trend.

The Cardano price analysis shows rising signs as the market shows massive upside potential. The bulls have regained their control of the Cardano market, which will change the course of the market for the better, and ADA now expects the bullish period to take over in the next few days. However, the bears will do everything in their power to regain their control. The ADA price has experienced fluctuating dynamics in the last few hours but will get through it soon.

Cardano’s price is in a downtrend and trading in a descending triangle, which leads to a bearish breakout below the $0.40 support zone. Again, the coin’s momentum is mixed as the MACD line is above the MACD signal line (bullish), but its RSI is neutral. Cardano ADA is below its 50 and 100-day Moving Average. The coin’s nearest support zone is $0.40, while its nearest resistance zone is $0.75 (previous support). We might see a bearish trend in the coming days; hence, traders should trade carefully.

Trading Beasts’ Cardano ADA coin price prediction is bullish. They expect the coin to increase by 40.23% by the end of the year 2022. By that time, they predict that the coin will have a maximum price of $0.749 with a minimum price of $0.509.

Furthermore, Trading Beasts forecast the coin will regain its bullish momentum in 2024 and have an average price of $0.778. The highest price the coin is expected to have is $0.972, while its minimum price is expected to be $0.661.

We expect the price of ADA to continue its bullish run due to the several projects and roadmap behind it. We expect the coin to reach a minimum value of $1.25 by 2024. The maximum price of the coin by then should be $1.46, while the average trading price is predicted to be $1.29.

In 2028, ADA might fluctuate between $6 to $7. But reaching this level could be difficult for Cardano as long-term price targets could be found to purchase or sell orders. However, this shows that Cardano is likely to reach a new all-time high soon in the next six years as per our price prediction.

As per the latest upgrades and developments, we expect Cardano to have a maximum price of $15.69 with an average price of $13.92. The lowest price the coin will have by then is predicted to be $13.55.

Famous industry expert FXStreet is bullish on the price of Cardano. They reveal that an 80% bull rally on Cardano in the long term is expected.

Dan Gambardello, a crypto influencer, explained why he is waiting for a Cardano (ADA) breakthrough in a tweet on June 8.

ADA is also challenging the $0.647 barrier and closing daily candles above the 20-day moving average, according to Gambardello.

There is a bright future ahead of the Cardano ecosystem. Due to ongoing developments happening in the ecosystem, we may see the price of Cardano (ADA) reach new heights.

In the past year, Cardano has shown to be one of the most active and busy digital assets in the crypto market. With that in mind, it’s safe to assume that ADA is a viable investment opportunity.

Cardano is expected to have a good future in 2022, according to several analysts. Cardano might possibly achieve a new high as the Cardano ecosystem and the crypto-asset industry as a whole continues to flourish.

Due to its innovations and fundamental concepts, Cardano (ADA) is one of the greatest coins and has garnered the attention of experienced investors.

The project has all it needs to flourish in the future thanks to a large investment in the currency and a well-seasoned workforce.

Our ADA price forecast for 2022 is $0.70. In 2031, our bullish Cardano ADA price prediction is $23.19. Even though we are bullish on Cardano, we advise you do your research before you invest money in this cryptocurrency.

However, it is always highly advised to do your own research and seek investment advice from experts in price movements before investing as cryptocurrencies are extremely volatile.

Is Cardano a good investment in 2022?

Many consider this to be an Ethereum killer, although this is highly improbable. Cardano will carve out its own place inside the global blockchain ecosystem, but it will fall short of flipping Ethereum's environment. Nonetheless, if you are positive about cryptocurrencies in general, investing in Cardano makes sense. Cardano is also a smart hedge if you possess Ethereum tokens, as it will likely provide more return.

Cardano has grown at a pace of over 2,000% in the last year in terms of market position. If this trend continues, Cardano has a good probability of reaching the bullish price of $10.

Will Cardano's price increase in the coming years?

Individuals must be educated about crypto for broad adoption to occur, and it is extremely possible that the current excitement has exposed a large number of people to crypto and blockchain. As a result, we believe that ADA will continue to rise until 2030 and beyond.