Today’s Cardano price analysis is bullish as a new lower low was established following a strong decline over the previous 24 hours. As a result, we anticipate ADA/USD to recover some of its losses later today as bears run out of steam.

The overall market traded with mixed results over the last 24 hours. The market leader, Bitcoin, gained  3.45 percent, while Ethereum gained 3.78 percent. Meanwhile, Binance Coin (BNB) was the top performer, with a gain of more than 15 percent.

ADA traded in a range of $2.178-$2.198 during the day, showing massive swings over the previous 24 hours. The trading volume has increased by 27.43 percent and stands at $2.78 billion, while the overall market cap is valued at around $70 billion, placing Cardano in 3rd spot out of all cryptocurrencies

On the 4-hour chart, we can see that bears are exhausted after a strong drop, with Cardano’s price beginning to reverse. 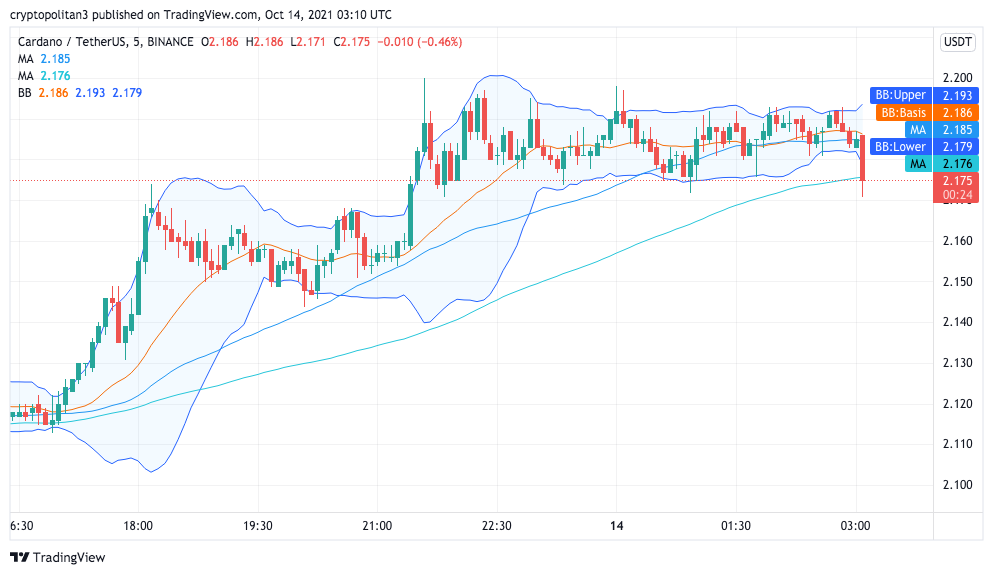 The price of Cardano has been trading sideways for weeks now. After establishing a higher low above $2, a lower high was established at $2.30 in early October, suggesting consolidation in an increasingly tighter range.

However, the market subsequently formed two higher highs above $2.30 and a lower low at $2.15 during the following retracement. As a result, the ADA/USD’s future is still uncertain.

The Cardano price is likely to recover some of the losses over the next 24 hours. If a lower high is hit, we could anticipate bearish momentum to continue throughout this week.

The Cardano price is currently in a bullish trend, with a new lower low being established following a solid decline. However, the bearish momentum has run out, resulting in recovery over the next 24 hours.

While waiting for Cardano to move further, read our guides on Best NFT marketplaces, NFT history and development, as well as NFT Music.