Cardano price analysis: ADA/USD set to break above $2.5 over the weekend The ADA/USD pair is following a bearish trend, according to the Cardano price analysis. As yesterday’s upside was thwarted after a brief spike above $2.30, we anticipate that downside will intensify and that ADA/USD will continue to fall until it establishes a new low.

As can be seen, ADA/USD failed to maintain the brief spike yesterday and fell back below $2.20 resistance. The price action is heavily bearish as it has been unable to break above this level since the end of July 2018. After a period of lateral movement between $2.00-2.18 range support, ADA/USD made yet another attempt to breach $2.20 resistance but failed yet again.

The bearish momentum that characterized the Cardano price analysis on the USD side is also seen in ADA/USD charts. We see that bulls were unable to capitalize on Bitcoin‘s rise and establish new highs for ADA, either. The retreat was inevitable, and the bears have been in command since yesterday.

As mentioned above, the bears are in control for now, and we believe they will remain in command until prices move below $2 support levels, where massive support volumes can come into play to absorb selling pressure from weak hands.

We expect prices to fall below $2 until ADA establishes a new low before the market attempts to correct that downside. The way down could be accompanied by substantial volumes, which would increase momentum towards support zones.

On the 4-hour chart, we can see that after failing to stay above the $2.30 resistance, Cardano has retreated. 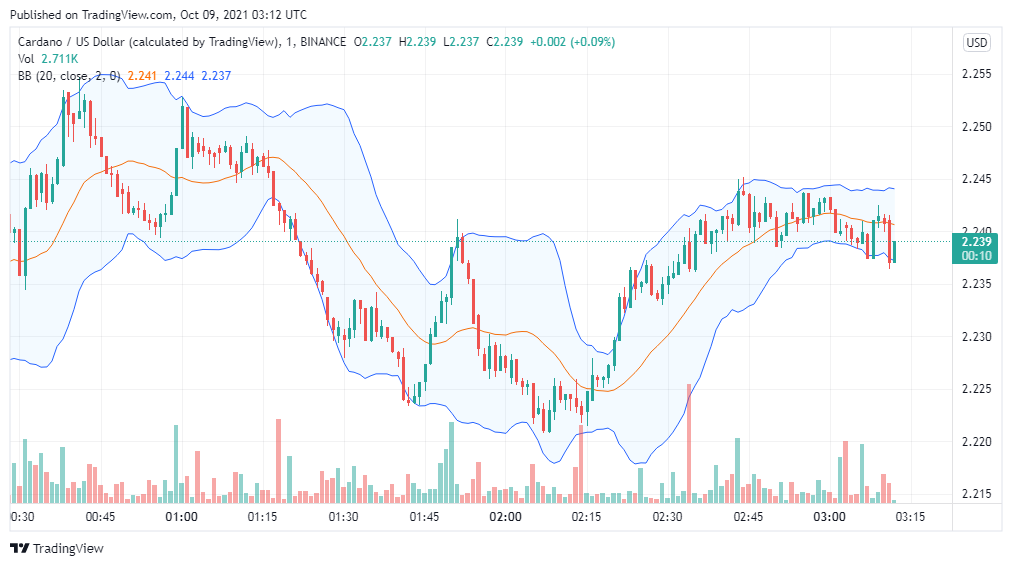 In recent weeks, Cardano’s price action has been in a bearish trend. A higher low was established after September, suggesting that some bullish movement is developing.

The technical structure of ADA is pointing towards further downside for Cardano. We may see a brief period of upside oscillations, but after that, we anticipate that bulls will be consumed by selling volumes, and ADA/USD will continue with its retracement. While buying pressure is still strong at this point, the market has entered the overbought territory, and a correction was inevitable.

Cardano price analysis is bearish for the next 24 hours as a rejection for further upside was seen yesterday, leading ADA to a slow retracement today. Therefore, we expect ADA/USD will continue lower over the next 24 hours and look to set a higher low.