Thanks to LibertyX, you can now buy Bitcoin at 20,000 retailers across US 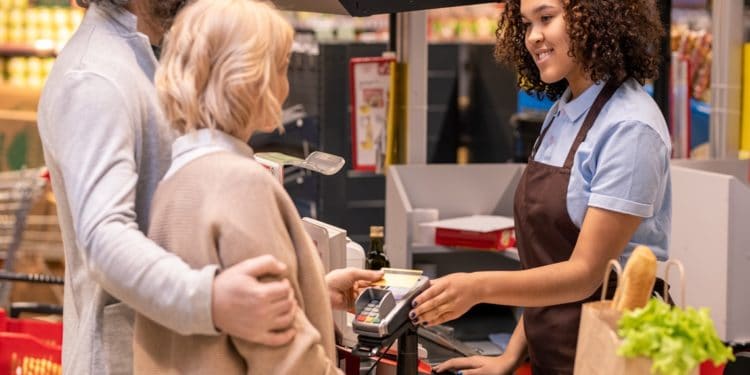 America’s largest Bitcoin ATM operator LibertyX has now enabled Americans to buy Bitcoin at over 20,000 retailers spread across the country, which includes leading round-the-clock convenience stores like 7-eleven and pharmaceutical companies such as CVS Pharmacy and Rite Aid.

The Boston-based Bitcoin ATM operator has always taken the Bitcoin adoption rate very seriously. Last year, it collaborated with DesertATM, an independent ATM operator, to expand the reach of Bitcoin ATMs to over 90 new locations across the US and included prominent gas filling booths and Family Dollar stores to help bring Bitcoin to the masses.

Daily stopover at 7-eleven? Buy Bitcoin from now on

This time, it is taking its mainstream adoption rate to a whole new level. According to Monday’s announcement, LibertyX is enabling its American users to buy Bitcoin with cash at leading convenience and drug stores by using the LibertyX mobile app.

All users have to do is download the LibertyX app and register for a free account. They can then choose the location they wish to visit to buy Bitcoin in the Bitcoin Address tab and click on Start Purchase. Customers will then be asked to Add Cash and complete the transaction by scanning the code at the time of purchase.

The announcement states that users can fill up to $500 worth Bitcoin in their wallets with 0 percent conversion fees and a transaction time as little as one minute, as a part of the nationwide promotion of the “Bitcoin on Every Block” scheme. However, there will be a retail fee that adds up to $4.95.

Bitcoin adoption rate in US gets a big boost

LibertyX CEO and co-founder, CEO Chris Yim, said in a press release that although Bitcoin is among the most interesting innovations of this decade, people have yet to warm up to the idea of owning a cryptocurrency. And one sure shot way to boost BTC adoption rate and raise more awareness surrounding the crypto is to allow users to buy Bitcoin at everyday retail locations.

With this integration, people will come across Bitcoin more often than before as they drive past or walk into these stores to make their everyday purchases. This way, we are not only expanding our footprint across America but also introducing Bitcoin to large masses through trusted brands. No matter where you are, it is only a few miles away from a Bitcoin purchase point.