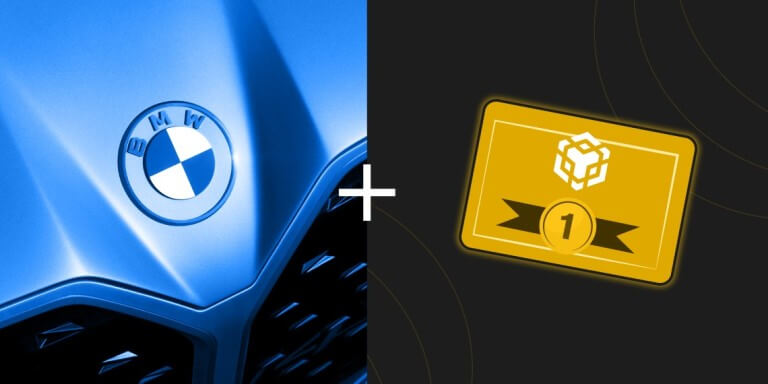 German car manufacturer BMW will be rolling out blockchain technology for its day-to-day operations and loyalty programs.

The BMW team has used decentralized technology since 2018. Their first application in the tech ensured ethical practices in its Cobalt supply system. Suppliers source Cobalt in the war-torn Democratic Republic of Congo, where some suppliers allegedly contracted child labor in the mines.

BMW to use BNB chain

According to a press release made on Bloomberg, Coinweb, the contractor, will utilize multiple blockchains, with the BNB chain as the anchor chain owing to its performance, cost, speed, and scalability.

Coinweb is a limited company that provides the infrastructure to unify blockchains and integrate technological advancements using Coinweb’s Inchain architecture.

BNB chain is a blockchain network by Binance upon which developers can build decentralized applications and native tokens to move to Web3.

Coinweb will roll out the project in phases that a feasibility assessment will precede, then be applied in daily operations to cut down on paperwork and develop a customer loyalty program.

According to the press release, the product will include Anti Money Laundering (AML) & Know Your Customer (KYC) tool based on Thailand NDID, curbing a significant pain point related to vehicle finance applications.

BMW Leasing (Thailand) Co., Ltd. is an extended arm of its headquarters. Thailand customers will also be entitled to a loyalty reward program on the BNB chain that they will roll out in 2023. The firm will provide the service when implemented.

Loyalty points will be renewable for BMW products and services.

Coinweb will also integrate distributed ledger technology (DLT) in BMW’s workflow in phases. The first phase is daily operations, and the second is streamlining the company’s financial services.

“Our hope is that there will be a future global rollout, but currently our partnership is for Thailand,”  Coinweb CEO Toby Gilbert to Cointelegraph.

Multiple automotive companies have established themselves in the WEB3.

TESLA takes a front seat regarding WEB3 adoption, with some enthusiasts taking a step further to use the vehicles in mining cryptocurrency. TESLA has also made multiple promotions for the Doge meme token.

Mercedes Benz has used DLT in key markets in China and for consistent documentation in its supply chain with assistance from Icerctis and PLatON blockchain companies.

It was in April 2022 when Jeff Wyler Automotive Family accepted Ethereum in the first car sale using cryptocurrency. The trade involved a Mercedes-Benz S580 2021 model sold to a Saudi Arabian.

In the virtual realm, automotive companies have also made significant investments. For instance, Mercedes has occasionally used Non-fungible tokens (NFTs) and cryptocurrency to promote their products. Ferrari has also hinted at adopting NFTs.

Despite a bear market and a growing negative sentiment on cryptocurrencies, blockchain applications outside crypto are ever-expanding.

Blockchains being adopted include BNB chain, Ethereum, Polygon, and Solana. As we cross into 2023, we can anticipate more industries adopting the tech.

According to developers, some of the products that users use today utilize blockchain technology without their knowledge. A good example is Starbucks’ reward loyalty program Starbucks Odyssey.