World’s most advanced Jetboard partners with Binance to accept crypto 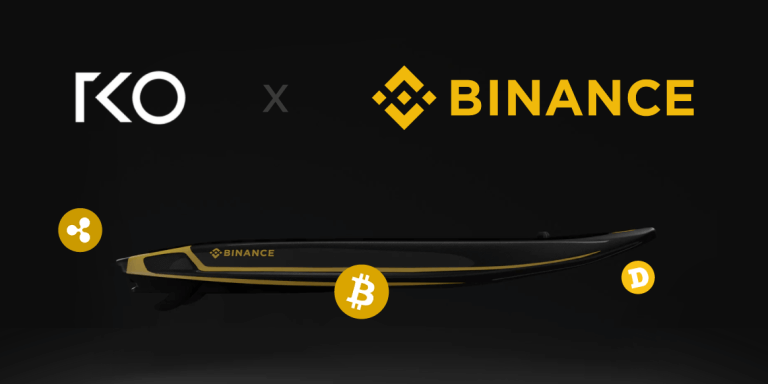 The world’s most advanced Jetboard, the TKO-001, may now be purchased on Binance Pay or Trust Wallet using Binance Coin (BNB) and Binance USD (BUSD) thanks to a partnership between The Kinetic Option and the Binance.

The CEO of the company, Changpeng Zhao, sometimes known as “CZ,” said that he personally provided some financing to two of his pals who worked on this, but he is not expecting anything much in return.

He went on to say that despite this, they were able to deliver, even providing a Binance-branded variant of the jetboard. Notably, this is not a company or product that is associated with Binance.

Can’t wait to try it. It’s in full production now. Ready for order.

In their order page with the Binance-branded jetboard, The Kinetic Option said:

Built in collaboration with Binance to provide exhilarating performance and a well-balanced ride. Fully adjustable power to take you from beginner to expert. Comes with one extended-range battery. Pay with Fiat, BNB or BUSD via Binance Pay and Trust Wallet.

The electric surfboard that was introduced by The Kinetic Option is a cutting-edge piece of technology that can propel the rider through both fresh and saltwater at blistering speeds for over an hour before the battery dies.

The newcomer, which has been given the model number TKO-001, is equipped with a lithium battery that is detachable and has plug-and-play functionality. This battery has the capacity to provide up to 12 kW of electricity.

According to the manufacturer, this allows the board to achieve top speeds of up to 34 miles per hour and to cruise for up to 45 minutes on a single charge.

The TKO 001 is made of lightweight carbon fiber and tips the scales at around 40 pounds without the battery fitted. It has a length of almost six feet from tip to tail and a width of nearly six feet.

A portable remote gives riders the ability to regulate how quickly or slowly they wish to go through the water while they are on the jet ski. This water-resistant gadget also has a screen that provides information such as the current speed and the amount of power the battery currently has.

The TKO 001 is not like the majority of other battery-powered surfboards that are presently available on the market. Instead of a conventional open deck, it has nifty foot bindings similar to those used on snowboards.

It is said that this configuration provides motorcyclists with somewhat better stability. In the event that a rider does somehow manage to fall off, the accompanying leash will sense the fall and immediately disconnect power to the hoverboard’s engine, preventing it from traveling too far.

Binance looks to continue with its strategic alliances and investments that would encourage crypto acceptance all over the globe, even in the midst of the controversy that has surrounded the cryptocurrency platform that holds the record for the highest enterprise value in the world.

French consumers are suing the exchange, claiming its French affiliate promoted and distributed crypto services without the necessary authorization.

Binance faces allegations of selling TerraUSD (USTC) and Terra (LUNC). The complaint alleges Binance sold algorithmic stablecoins and other tokens in violation of the law, and purchasers weren’t notified of the dangers.