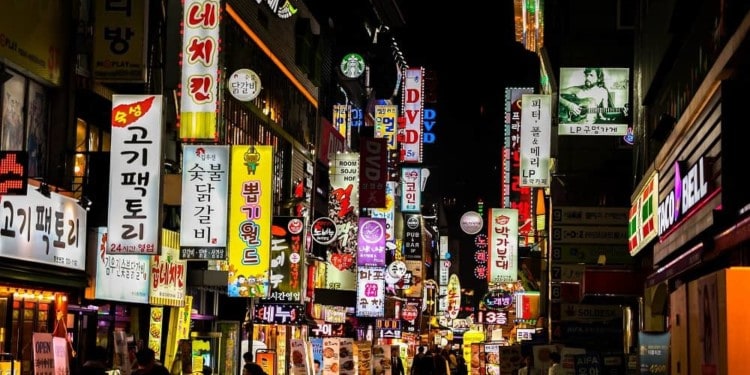 The Bank of Korea (BOK) reportedly wants to create a blockchain bond system for its bond market, which is one of the biggest in Asia, but then it is unlikely to launch until regulatory laws are well spelled out regarding who takes charge in case of failure, accidents, etc.

Local reports in Korea revealed that the country’s Central Bank needed a company that can develop a new blockchain bond system to improve record-keeping for its massive bond market. With it, bond transactions could be recorded on the tech and could be a foundation for an efficient continuous payment trading system.

The tech would operate such that it will be shared among important financial institutions alongside the Bank of Korea and Fair Trade Commission (FTC), the country’s financial watchdog.  Being one of the largest bond markets in Asia, according to financial data site Cbonds, the government consistently issue debt that can be bought by foreign investors. Korea has also been a regional leader with the advent of bonds like green bonds, where issuance hiked to over $5 billion around the middle of 2019, amounting to $2 billion more than China.

The disparity between current bond transactions is that records kept by the Korea Securities Depository are changed into a distributed ledger format where many nodes exchange information simultaneously using blockchain tech.

In the distributed ledger method, when a transaction happens, parties involved document the contents in their ledger through agreement. BOT, KFTC, alongside other financial institutions, eventually fall into each node.

However, the research the Bank of Korea wants to embark on regarding the blockchain bond is in line with the case of the World Bank (WB) as it has issued Blockchain Bond Bond I (BOND-I) with the Commonwealth Bank of Australia (CBA) in 2018.

BOK reportedly is interested after being inspired by the World Bank that raised around US$108 million by selling bonds on a private version of Ethereum blockchain alongside the Commonwealth Bank of Australia.

In late December 2019, the Central Bank of China (CBC) had issued 20 billion Chinese yuan ($2.8 billion) of special bonds,  which were sold to fund small and micro-enterprise businesses, according to the China Development Network.

These bonds were issued by the CBC using blockchain , which caught the world by surprise considering China’s stance on decentralized technology. Apparently, South Korea can learn more from their Chinese counterparts when it comes to blockchain bonds.