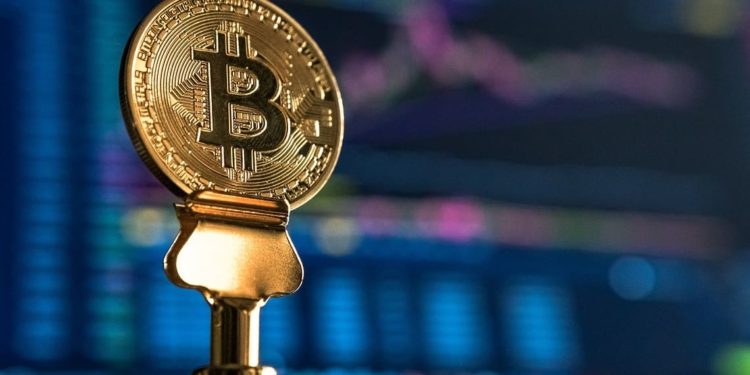 The Bitcoin trading volume has risen by a mindboggling 5000% since the last halving back in 2016. From 2016, Bitcoin’s averaged monthly has risen rapidly. In the previous halving, Bitcoin was selling at $500 or so. Comparing the previous halving to where Bitcoin is at the moment, one realizes the leap it has taken. 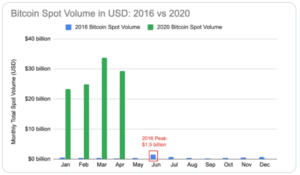 The cryptocurrency system has changed rapidly since the last Bitcoin halving. After all, the numbers should be kept in perspective. The Cryptowatch @cryptowat_ch posted on Twitter:

The top trading volume in 2016 was in June. A monthly volume of 1.5b was realized.

In comparison, April realized about $39b while 2020 average spot trading volume is 5000% from 2016. Google searches for Bitcoin halving have also increased compared to 2016 halving. Now it’s at levels of 4000 higher than what was taken in 2016.

During the previous halving, the price of a single BTC went up to $400 to $600 by the end of 2016. The future of this halving is still on the horizon, assuming history is on their side, bitcoin enthusiasts can be confident.

Bitcoin trading volume stagnant on the day of halving

In spite of the rising momentum, BTC has stalled. Bitcoin has encountered a loss today, now it is at $8,600. This trading volume is a mere 1% compared to the sales during the weekend which got $1.3b in exchange for assets. The market realized some short-term profits, this is after Paul Tudor Jones disclosed that 1-2% of his assets are in Bitcoin.

Central banks around the world are printing money to try to prop up the global economy. But for bitcoin, the opposite is happening. The amount of new bitcoins being issued is slowing down because of the halving. A common concern in crypto communities is that during this pandemic, governments are printing large amounts of money, the rate of new bitcoins will keep going down. But similarly, the demand for bitcoins has increased.

Jirayut Srupsrisopa, co-founder and group chief executive at Bitkub Capital Group Holdings, said the price of Bitcoin has risen from around $6,000 in early April to nearly $10,000, in sharp contrast to prices of other physical financial assets during the current global virus pandemic.

Thai people are trading at Bitkub at an all-time high again, which is very similar to 2017. There is more than 600 million baht worth of bitcoin traded per day. 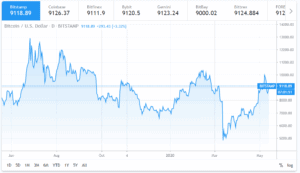 Looking at the trading pair of Bitcoin/USDT charts that BTCUSD is not overbought by any means in the long term. What does that mean for the future? It means that long term investors have nicely caught the bottom and can wait for a sign before taking a profit.

The short term traders can take profit during this consolidation as recent short-term studies have shown. After all, we just had the Halving (3rd historically) event, which has the potential to fundamentally distort technical projections.

The next halving event will take place sometime in 2024 and will reduce the number of new bitcoins issued to 3.125. It’s all part of the algorithm behind bitcoin, which is designed to limit the total number of bitcoins that will ever be issued to a finite number of 21 million.