Bitcoin mining difficulty is increasing with hashrate in 2019 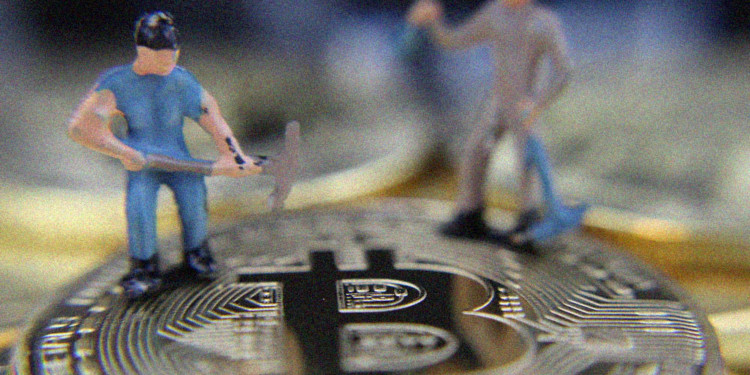 Bitcoin mining difficulty is directly proportional to the hashrate, or so it the popular theory. The next halving event is scheduled for April 2020 owing to the increased hashrate.

The year 2020 will be marked as a vital milestone in Bitcoin (BTC) history as it reaches its third (3rd) halving. The halving is preceded by a very ensuing year, 2019, consisting of varying market trends for Bitcoin.

The second half of 2019, however, is devoted to speculating the next bullish trend or next peak of the cryptocurrency.

Bitcoin mining difficulty: What to expect?

Prior to its third halving, however, various reports including that of Token Insight say that the mining of Bitcoin blocks is to become increasingly difficult up till the halving itself.

According to the reports, the mining equipment ordered by the miners in the first half of 2019 will be activated in the second half of the year. This equipment contains hardware with high computing power and thus leads to increased mining difficulty. 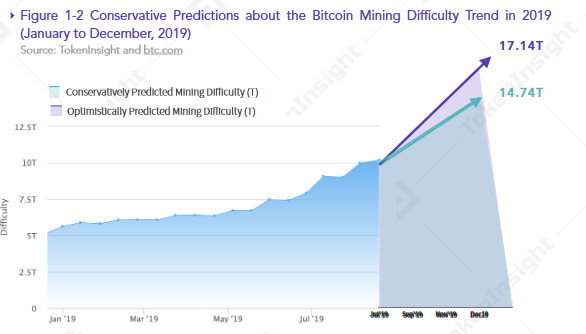 The study furthers that the average hashrate was almost seventy-four and a half percent (74.35%) EH/s. The Bitcoin mining difficulty increase in the third and fourth quarters of the year are estimated to have a five percent (5%) increased difficulty at the least.

Thus the difficulty for mining will amplify almost fourteen and three-quarter percent (14.74%) times, in accordance with the conservative predictions. This is expected since a forty-eight percent (48%) increase is estimated in the Bitcoin mining computing power (hashrate) until the halving which means it will be approximately one hundred and nine (109) EH/s.