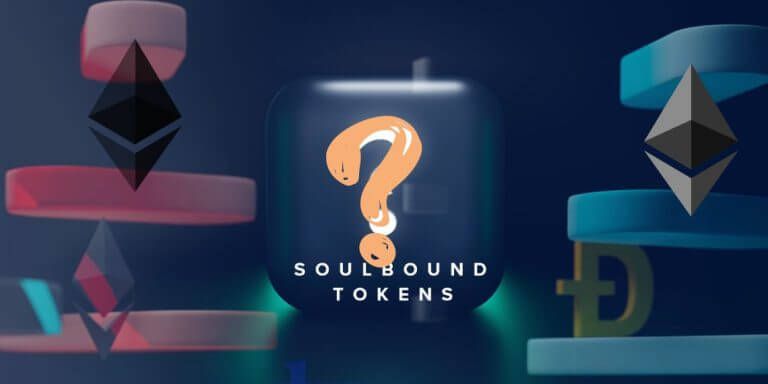 Ethereum co-founder Vitalik Buterin released a whitepaper in May that described Decentralised Society (DeSoc) and Soulbound tokens (SBTs) in detail. Every day, the crypto and blockchain ecosystem is experiencing a transformation with new additions, such as Soulbound tokens.

The Soulbound Tokens (SBT) concept was proposed by Ethereum cofounder Vitalik Buterin, lawyer Puja Ohlhaver, and economist/social technologist E. Glen Weyl. The term “Soulbound” came from the World of Warcraft game and was previously mentioned in Vitalik’s blog in January.

Soulbound Tokens (SBTs) are digital identity tokens that represent a person or entity’s characteristics, features, and accomplishments. SBT issuance is limited to “Souls,” which represent blockchain accounts or wallets and cannot be passed on.

Unlike regular NFTs, Soulbound tokens can never be transferred. These types of tokens are linked to a special blockchain address called a Soul. Soulbound items cannot be sold or transferred. Once collected, Soulbound objects are “bonded” to the player’s “soul.”

Now, take this concept and apply it to non-fungible tokens (NFTs). Today, NFTs are primarily used as digital ownership certificates for art or collectibles, like Bored Ape Yacht Club. People use NFTs to show off their status and wealth.

Soulbound tokens represent of a person’s identity, held on a blockchain. This data could include medical records, work history, and any other type of information that makes up a person or entity. The wallets that hold or issue these records are called “Souls.”

The Soul could be seen as a digital wallet where people store different aspects of their lives. For example, a person’s work history could be stored in a “Credentials Soul” while their health records are kept in the “Medical Soul.” By having verifiable souls and SBTs, people can build up a Web3 reputation based on their previous actions and experiences.

On the other hand, a Soul might represent someone who distributes SBTs. For example, companies may be Souls that provide each worker with an SBT. A digital country club could give out SBTs as proof of membership.

The purpose of these tokens is to be a major component of Digital Society. Many blockchain platforms have one or more features in common. One of the most fundamental characteristics of many blockchain systems is that they provide pseudonymity. Anyone can create an account on the blockchain, and it’s difficult to link this blockchain account to a user’s real-world identity.

This is beneficial for anonymity and privacy, but it creates issues for applications that require strong identification verification. Soulbound tokens are intended to address this issue by issuing attestations confirming the presence of certain features in a particular individual.

What can Soulbound Tokens be used for

The idea and its applications are still being studied as of September 2022. According to the white paper, SBTs could help move Web3 forward by reducing reliance on centralized structures in Web2.

For instance, it’s been observed that quite a few people utilize custodial wallets from companies such as Coinbase or Binance to keep their cryptocurrency secure. Also, NFT artists often use centralized platforms available on sites like OpenSea or Twitter to help them with selling their artwork.

Moreover, Soulbound tokens are attempting to move us away from the “hyper-financialization” of blockchain and discourage the use of NFTs as status symbols. The pseudonymous and trustless nature of Web3 can make it difficult to know who to trust. SBTs help by creating socially verifiable reputations. A team’s or individual’s reputation greatly influences how much faith the community is willing to place in them.

You’re probably more careful when working with someone with a history of cheating investors or not finishing projects instead of dealing confidently with someone with a solid track record. Here are a few examples of how SBTs may be used in the digital world:

Examples of SBTs in action

At this moment, SBTs only exist on paper. However, Glen Weyl, who helped write the original SBT whitepaper, believes that by the end of 2022, there will be multiple use cases for SBTs.

In recent weeks Binance has also created its own SBT, Binance Account Bound (BAB). The BAB token is non-transferable, has no monetary value, and is the first-ever SBT issued on the BNB Chain. BAB aims to tackle identity verification issues in Web3 by acting as a digital verification tool for users who have completed KYC with Binance.

Other than the Binance ecosystem, third-party protocols can use BAB tokens to airdrop NFTs, stop bot activity and facilitate DAO governance voting, among other functions.

SBTs have lately become a popular topic in Web3. In theory, SBTs might allow individuals to create their digital reputation and evaluate someone else’s on the blockchain. It remains to be seen if an SBT may serve as Web3’s “identity card.”