Will mining and minting of JAX become stable over time? 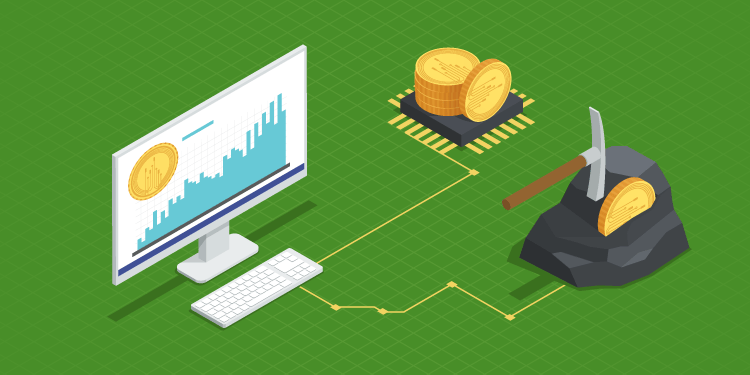 JAX coins are stablecoins that are not pegged to an underlying reserve of assets like the conventional stablecoins such as USDT and BUSD. The intrinsic value of JAX is intended to be stable over time due to a unique mining mechanism that ensures a balance between its supply and demand.

The JAX reward function is a control mechanism that ascertains that coins are issued proportionally, depending on the various contributions in the overall computing power of each miner to the network. This reward system is only applicable during the mining process, which happens on the shard chains. However, it is not executed on the beacon chain since JAX coins are only mined on the shard chains. JAXNET (JXN) coins are mined on the beacon chain and follow a different block reward mechanism.

According to Jax.Network, a fundamental question about the process of mining JAX coins is whether the coin value will become stable with time. Keep on reading the article to learn how.

In essence, JAX owes its stability to the JAX coin reward function, which is tasked with rewarding the miners of JAX in a fair and balanced manner, depending on the overall amount of hash power they commit to the Jax.Network blockchain.

In the process of merged mining, a miner is rewarded with either a JAX  block creation reward or a BTC + JXN block creation reward with the Bitcoin network. However, the miners must commit to burning some Bitcoins and JXN coins for JAX coins to be issued. Hence, it internalizes the opportunity cost for miners of minting asset-like tokens (in this case BTC+JXN). In other words, they have to choose what is more profitable to mine and switch their mining rigs to mine BTC + JXN or JAX.

Why the value of JAX is stable

JAX is intended to be like a stablecoin, without relying on a peg or collateral. How is it possible? Jax.Network uses intrinsic blockchain data to measure value. Indeed, the hashrate dedicated to the network is the only reliable data in a decentralized network. Coupled with a proportional reward function, one unit of computation power equals one JAX coin. How can you be sure that the value is stable?

At the lower bond, Jax.Network introduces a K-coefficient, voted by miners, to guarantee that the cost of mining remains the same over time, despite efficiency gains in the rig industry. Miners are incentivized to maintain K at the optimal level. Otherwise, they could print more JAX for a lower cost, which would create inflation over the network and ultimately depreciate both the value of JXN and JAX. At the upper bond, by burning the BTC + JXN rewards, it ensures that no JAX are printed unless there is a demand for it.

Whenever JXN coins and BTC destruction happens, it creates a progressive increase in the opportunity cost for minting new transactional JAX coins. Maintaining this mechanism allows Jax.Network to protect JAX coins from potential inflation. Since Proof-of-Work decentralized networks have witnessed an exponential growth of their difficulty over time, which would translate in higher coin issuance in the case of Jax.Network, regardless of the demand for them. JAX coins are assured of retaining their stable and transactional value between these two bonds, enabling them to be excellent cryptocurrencies for global payments.

Because of the unique approach of the Jax.Network mining process, the value of JAX will remain stable over time, making it an excellent coin for daily online payouts. The Jax.Network K-coefficient protects JAX from devaluation that positively impacts its transactional utility.

Jax.Network has two native digital coins that serve different functions within the network. JAX coins have a stable value that makes them suitable for online transactions. The minting and mining procedure of JAX coins will eventually stabilize as the  overall adoption increases, thanks to the JAX reward function on the shard chains. Meanwhile, JXN coins internalize the opportunity cost of mining and ensure that miners always make a profit by merge-mining the protocol: either in JAX or JXN.