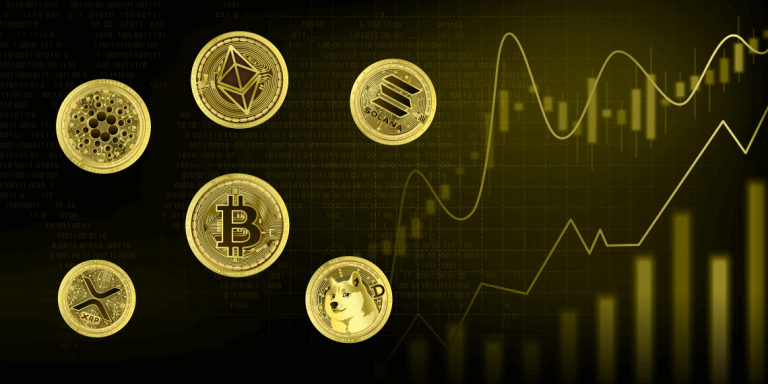 This week the cryptocurrency sphere has marked a significant development whereby ETH, the second largest cryptocurrency accomplished the long-awaited merge of ETH 2.0. Since the event’s occurrence, the price of Ethereum has taken a U-turn and is now trading below $1,500. In contrast, Bitcoin which was struggling to breach the $20,000 resistance found support near $19,800 and is currently fluctuating in the range.

Our weekly crypto price analysis reveals that altcoins have seen significant price changes in the past seven days with some coins managing to rise by over 30%. Notably, Celsius Network managed to surge by over 27 percent but retraced rapidly and is currently fluctuating near $1.70 and is down by over 10 percent. The best performers this week have been Terra Classic LUNC, Terra LUNA, and XRP which have managed to rise by over 15, 12, and 8 percent respectively. The worst performing altcoins are Celsius CEL and Ravecoin which is down by over 7 percent. The overall market sentiment looks positive despite the recent corrections.

According to the weekly crypto price analysis, the market volatility in the entire cryptocurrency has been high in the previous days as prices have been fluctuating rapidly. The market is expected to remain highly volatile in the upcoming days as well with prices likely to fluctuate rapidly.

The majority of the cryptocurrencies are expected to continue following their respective price trends in the near term. However, some corrections cannot be ruled out as the market is highly overbought at the moment and prices might witness a minor pullback in the near term.

The overall market sentiment however looks bearish in the long term as most of the digital currencies have not made significant price increases to set clear bullish trends.

Bitcoin reached $22,604 on 13/09/2022 and since then the digital asset has been on a continuous decline. BTC/USD fell below $20,000 sharply after hitting the week’s high and has been fluctuating around the 19,000 to 20,000 level in the last few days. The current market structure is bearish and a further decline toward $18,500 cannot be ruled out in the near term.

Bitcoin is seen to be struggling to climb back above the $20,000 level and a break below the $19,800 level might result in a sharp decline. The next major support lies near the $18,500 level. On the other hand, if bitcoin manages to stay above the $19,800 level, it could retest the $20,500 resistance in the near term. The technical indicators are currently giving bearish signals and a further decline is expected in the near term.

Ethereum price action has been bearish over the past week as ETH/USD fell from highs near $1,780.08 to the current lows of $1,430.11. The digital asset followed a descending channel and is currently seeking support at the $1,400 level. A further decline toward the $1,400 support level is possible in the near term.

The technical indicators are signaling further decline as the price is below the 200-day moving average. The MACD indicator is showing bearish signals as well while the RSI line is residing at 38.0 which is in the oversold territory. A break below $1,400 could result in a decline toward the $1,200 level. On the other hand, if Ethereum manages to climb above $1,600 it might test the $1,700 resistance level in the near term.

XRP price started the week on a positive note as the digital asset surged above the $0.3529 level. The XRP/USD pair is among the best performers in the market this week as it managed to rise by over 8 percent. The digital asset is currently fluctuating near the $0.3571 level and a further decline might result in a test of the $0.3300 support level.

The digital asset is expected to continue the bullish trend as the technical indicators are pointing to further gains. The MACD indicator is showing bullish signals as well while the RSI line is residing at 58.0 which suggests there is more room for gains in the near term. A break above $0.3650 could result in a rally toward the $0.4000 level while a break below $0.3300 might result in a decline toward the $0.3100 support level.

The technical indicators are signaling that ADA might continue its upward trend as all the moving average lines are in bullish territory. The MACD indicator is also showing bullish signals while the RSI line is residing at 55.0 which suggests there is still some room for gains in the near term. A break above $0.5000 could result in a rally toward the $0.5200 level while a break below $0.4600 might result in a decline toward the $0.4400 level.

Solana has marked tremendous price growth and out performance in the past week as SOL/USD surged to highs of $39.02.Solana is ranked among the top 10 cryptos and is currently fluctuating near the $33.00 level to $31.69 but has settled at around $32.82.Solana’s price has been on a roller coaster in the past seven days as it surged to highs of $39.02 before correcting lower. The digital asset is currently fluctuating near the $33.00 level and a further decline might result in a test of the $31.00 support level.

The technical indicators are signaling market weakness as the MACD line is on the verge of crossing the red signal line from below. The RSI line is also heading lower and resides at 48.0 which suggests there is still some room for decline in the near term. A break below $31.00 might result in a decline toward the $28.00 level while a break above the $34.00 level might result in a rally toward the $36.00 resistance level.

Dogecoin’s price has been making higher lows and higher highs as the digital asset opened the weekly chart trading at $0.064 and climbed to $0.065.The digital asset was not able to hold at these levels and dropped to as low as $0.0584 and since DOGE has been trying to recover. The digital asset is struggling to hold above $0.0600 as the price stalls around the resistance of $0.06084.Dogecoin‘s current price is $0.06066 which is considerably lower than the weekly high of $0.065 but is nearing the key barrier of $0.06084.

Dogecoin’s price change in the last 7 days is a drop of 5 percent, but the digital asset is up by over 1.34 percent in the last 24 hours as it trades at $0.06066.The technical indicators for DOGE/USD on the weekly chart are bullish as the MACD line is above the red signal line while the RSI indicator resides at 58.0 which suggests there might be some more room for gains in the near term. A break above $0.06084 might result in a rally toward the $0.0650 level while a break below $0.05800 might result in a decline toward the $0.05400 support level.

Based on our weekly crypto price analysis, the entire crypto market sentiment looks bullish as all the digital assets in our list are trading in positive territory while some are even signaling further gains in the near term. However, ETH is an exception which suggests that the bullish sentiment is short-term while the long-term outlook is considered bearish as the market awaits a clear direction.

Overall, the digital asset market is currently in a phase of gradual recovery as most digital assets are trading near key support and resistance levels. However, the market is still considered to be volatile, and any major news event might result in a sharp price movement.

6 mins read
Here's why is Telegram building a crypto wallet and exchange
01 December, 2022