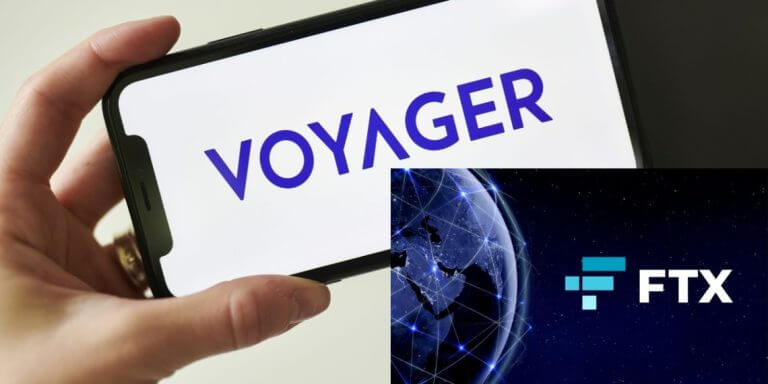 The crypto sector is entering a new era, which is good news for Voyager Digital investors. The failed cryptocurrency exchange might soon emerge from its gloomy confines. FTX won the auction for the assets of insolvent cryptocurrency brokerage Voyager Digital Ltd., the digital asset exchange established by billionaire Sam Bankman-Fried.

In a late Monday Eastern press release, Voyager Digital announced that exchange behemoth FTX had won the bidding war to purchase the bankrupt company’s assets. Wave Financial, a company that invests in digital assets, was FTX’s rival in the deal.

Following the announcement, the Voyager Token (VGX) price, which was trading at about 76 U.S. cents, increased by 3.76%.

During the COVID-19 pandemic, crypto lenders such as Voyager Digital flourished, attracting depositors with high-interest rates and fast access to loans that regular banks rarely provide. However, the decline in cryptocurrency markets has harmed crypto firms and investors.

In July, cryptocurrency lender Voyager Digital filed for bankruptcy. Industry watchers’ scrutiny of Voyager’s business methods has increased. Particular attention was paid to how the Canadian-listed company stated in marketing materials that investor deposits were insured by the Federal Deposit Insurance Corporation (FDIC).

Although FDIC insurance would protect bank-held cash deposits of up to $250,000, stablecoins would not be covered. According to author Frances Coppola, Voyager’s loan book comprised about half of its entire assets. Nearly 60 percent of that loan book consisted of loans to Three Arrows, which filed for Chapter 15 bankruptcy in July as well.

Moreover, the company stated that its claims against the hedge fund Three Arrows Capital would remain with the bankruptcy estate, which would pay out any available compensation to the estate’s creditors.

Voyager turned down FTX’s bailout offer earlier this year, calling it a “low-ball bid dressed up as a white knight rescue” that would obstruct its bankruptcy process. In its Chapter 11 bankruptcy filing in July, Voyager estimated that the company had between $1 billion and $10 billion in assets, liabilities with a similar value, and more than 100,000 creditors.

After only a few months in the position at the cryptocurrency lender, Voyager stated last week that its Chief Financial Officer Ashwin Prithipaul was getting ready to leave.

Following are the specifics of the cryptocurrency transaction between FTX and Voyager Digital. The deal has a $1.4 billion estimated value. This includes the $1.3 billion market value of all the cryptocurrencies on the bankrupt platform as well as an “additional consideration” of about $111 million. Voyager Digital revealed the information on Monday in New York.

Customers will be able to transfer to the FTX US platform following the acquisition, Voyager stated, adding that the purchase agreement will be presented for court approval on October 19.

FTX already attempted to rescue or acquire Voyager Digital on multiple occasions prior to this transaction. At the end of March, the New York-based site had over 3.5 million users and 1.19 million paid accounts.

This year, Bankman-Fried has been aggressively purchasing struggling crypto startups, snatching up millions of customers and important technology for less than they were worth just six months ago.

How have investors dealt with the crypto bankruptcy fillings?

Throughout the last few years, numerous investors have utilized innovative financial products, such as crypto exchanges, to generate substantial profits. Now that the markets are shifting, many are unsure of their level of protection in the case of a crypto exchange’s failure.

Aside from crypto lending site Cred, the only other notable example of a crypto bankruptcy case is Tokyo-based Mt. Gox, the largest Bitcoin 0.0% exchange in 2010 that failed in 2014; that was a Chapter 15 case. Since the onset of the longest crypto winter, several bankruptcies have plagued the year 2022.

The primary disadvantage of cryptocurrencies is the potential for loss, which is more difficult to manage when a crypto business holds your money. Voyager Digital and Celsius, two large cryptocurrency trading platforms, declared bankruptcy in July 2022.

The failures of Voyager and Celsius illustrate the particular risks that cryptocurrency holders and investors confront when entrusting their cash to crypto businesses.

Investors were pushed to ruin by the bankruptcies and the fall of Terra Luna, which ushered in the longest crypto winter. In dire circumstances, some investors committed suicide. Others lost their homes and families and have since been unable to recover.

The failure of these organizations undermined investor confidence in the cryptocurrency industry and, most significantly, the Decentralized Finance sector (DeFi). The majority of cryptocurrencies in circulation have dropped by double-digit percentages, and the $3 trillion market has shrunk to approximately 1 trillion USD.

The worst-case scenario is the conflict between centralized entities and the DeFi ecosystem. The decline prompted inquiries from financial watchdogs and calls for crypto regulation to safeguard investors. Time will reveal the full effects of the crypto winter on the digital asset market.