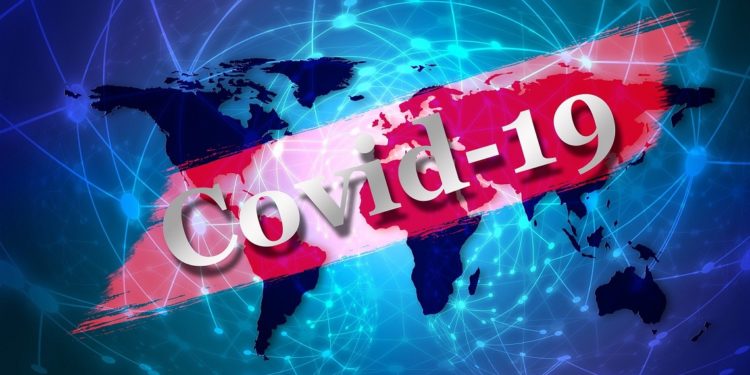 Several US lawmakers have called on the federal government to adopt blockchain solutions to boost COVID-19 relief efforts amid the pandemic that has struck 2020.

The US lawmakers in a letter sent to President Donald Trump and several other federal officials demand the country adopts blockchain technology to distribute COVID-19 reliefs support.

Also, they added that blockchain technology would help the US identify as well as authenticate individuals set to receive government benefits. Noting that it would also streamline supply chains and create a registry of medical professionals.

It’s worth noting that this is not the first time US lawmakers have urged the federal government to adopt blockchain technology amid the ongoing pandemic response.

Previously, a member of the representatives signed a letter urging the US Treasury Department to consider blockchain and distributed ledger technologies (DLT) in dishing out stimulus funds to citizens across the nation to soften the blow of the pandemic.

The US lawmakers also explained how the structure of blockchain would easily identify persons when receiving government benefits, also noting its strong encryption would protect sensitive data. The lawmakers also urged the federal government to consider enacting crucial supply chains on a blockchain.

Similarly, US lawmaker Tom Emmer of Minnesota recently disclosed that he will accept crypto donations for his campaign.

Tom who is also the chairman of the National Republican Congressional Committee (NRCC) and member of the Congressional Blockchain Caucus noted that BitPay will process all donations.

Blockchain to be adopted for all crisis relief efforts

The US lawmakers also called on the federal government to adopt blockchain technology to donate relief materials during period of any crisis within or outside the state.

They also stated that blockchain could assist in the creation a more comprehensive registry of medical professionals that would authenticate qualifications, locations and help deploy “skilled resources” in times of crisis.

Similarly, as previously reported a blockchain firm in Lebanon has called for the use of blockchain technology to send aid to Beirut blast victims.

According to the blockchain firm in an open letter to Macron who visited the site of the explosion, France needs to tap blockchain transparency and accountability while sending donations and particularly financial aid to its former colony.