The CEO of TRON, Justin Sun has apologized on Twitter as a tweet typo claimed the TRON user database number over 10 billion rather than 10 million.

Per the nature of a typo, this simple mistake would usually be considered minor and trivial, but critics have a different perspective. The company has been known for aggressive marketing in the past and now critics believe this ‘typo’ was in fact a marketing stunt to draw attention.

As the population of the entire planet number some 7.8 billion human beings, the 10 billion user database suggestion was clearly incorrect. The indication that critics hint towards this marketing technique is within Justin Sun’s original tweet itself:

To make a typo once is understandable – to make it twice may suggest some intention. This original tweet – now deleted – was circulated throughout social media, and, if it was intended for marketing purposes, it performed remarkably.

Once the typo was identified, those responsible for the tweet deleted it immediately, but ultimately, for critics, this marketing scheme that prompts attention worked for 18 hours. After those 18 hours, Justin Sun apologized on Twitter for the typo shown below:

Twitter users received the typo with a mixture of responses. Some believed it was “dumb” to have to clarify the typo, while some jested at the seriousness displayed by the TRON Foundation account investigation. Some users even took to the extreme of speculating aliens were responsible for making up the remaining population to reach 10 billion.

Despite the controversy surrounding this typo, the success of the company was posted plain for all to see. Reaching 10 million accounts within the space of just over two years is no simple feat and now, thanks to this typo, all crypto space users are aware. 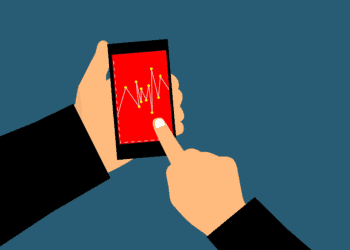