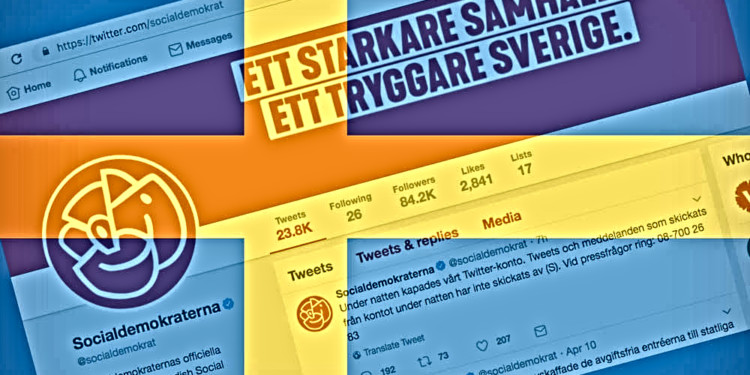 Crypto related mischiefs have been on the rise and although they are serious the recent case in Sweden is anything normal from how they usually happen. On Monday the twitter accounts of the political party called the Social Democrats was hacked.

The hacker also changed the name of the account to Bitcoin Democrats’. The hacker went as far as to change the logo of the political party and included the bitcoin logo in the original one.

Although the hacker was having fun customizing the account the original Social Democrats party got their hands back on the account and immediately deleted the tweets made by the hacker. 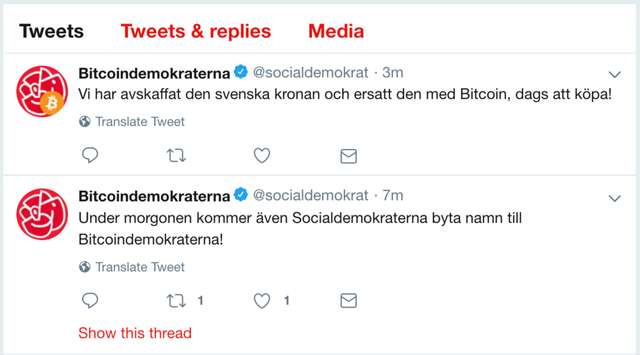 Many were linking this event with the sudden boom in bitcoin’s market momentum but it is still not clear if this was really the case. While the hacker still had control over the account bitcoin was moving within the five thousand and forty to five thousand two hundred and eighty dollars ($5,040 to $5,280)

The hackers made other similar tweets like saying that cannabis was legal and that the current prime minister has joined the military and resigned from his position. The hacker also posted tweets on controversial topics like immigration.

As of now, the police do not have a clear idea about what the motivation behind creating all this drama was but it certainly was not to scam people but to start up controversy.