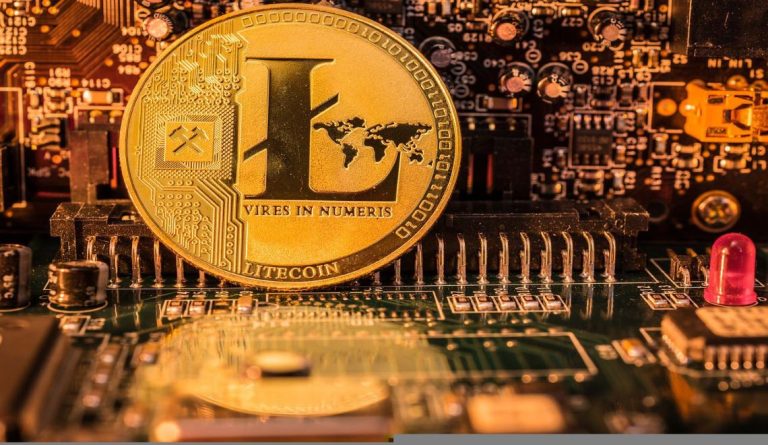 The South Korean domestic exchange will be phasing out Litecoin (LTC), the 20th greatest global market cap, as of 8th June. This is because Litecoin included an anonymous transmission mechanism in its most recent blockchain upgrade and was classified as a ‘darkcoin.’

According to an 8BTC report, On the eighth, the five major domestic cryptocurrency exchanges (Upbit, Bithumb, Coinone, Korbit, and Gopax) that operate the KRW market announced that they would remove Litecoin all at once.

According to a press release from Upbit on Wednesday, the Act on the Reporting and Use of Specific Financial Transaction Information, which bans anonymous transactions, was the primary reason for terminating LTC support.

The delisting follows in the wake of MWEB’s long-awaited upgrade, making LTC transactions private and obscuring some crucial identifiers. The update was released early this year, over two years after its initial proposal.

The term “Mimble Womble” comes from the Harry Potter novels, which refers to a spell that tucks the tongue away to prevent people from hearing certain secrets when telling a tale. It is frequently used in the blockchain business as a technical innovation created by Bitcoin developers.

The core of Mimble Womble is its privacy feature, which prevents the sender’s wallet address, recipient’s wallet address, and even the amount of money being sent from being revealed. That is, the Special Act’s anonymity transmission provision has been incorporated.

Following the revelation that Upbit disabled Litecoin transactions, the South Korean cryptocurrency exchange reached out to the Litecoin Foundation for clarification. After a comprehensive examination, the exchange determined to cease support for LTC transactions. Users have until 30 days from now to withdraw their LTC funds at the Exchange. According to Upbit’s official announcement:

We decided to terminate the transaction support for Litecoin (LTC), as it was determined that the optional function that does not expose transaction information included in this network upgrade corresponds to an anonymous transmission technology under the Specific Financial Information Act.

Upbit, like its rivals, announced that transaction services would come to an end on 20th June, with withdrawals permitted until 20th July. According to CoinGecko data, Upbit was responsible for roughly 11% of LTC trading volume (USD 55 million) in the previous 24 hours.

News1 states that domestic litecoin trading in fiat KRW will essentially be “blocked” in days. Even exchanges that do not yet have KRW market operating permits – such as Foblegate and Coredax – have placed prominent warnings on their litecoin trading sites. These platforms are also anticipated to decide to delist “soon,” according to the South Korean media source.

Last month, LTC network node operators voted to roll out the protocol, which permits users of the Litecoin network to decide whether or not their transactions should be private. Using a patented algorithm, the upgrade also compresses unnecessary transaction data out of the network’s blocks.

In the last week of May, several major South Korean crypto exchanges warned investors about the regulatory dangers associated with confidential transactions. In the early hours today, LTC was trading at USD 62, down from USD 65 earlier today. The price has scarcely changed in a day and is down 9% in a week and 34% in a month.

However, the rise in private transactions puts the protocol in the uncharted legal territory in South Korea, where “privacy coins” such as monero (XMR) and zcash (ZEC) have already been banned. The South Korean crypto law prohibits exchanges from listing such assets, demanding that all transactions be investigated for money laundering concerns.

While the Mimblewimble upgrade is most certainly intended to improve user privacy, it also aims to decrease block size to enhance speeds and scale. On the other hand, the exchanges appear hesitant not to get themselves into hot water with the South Korean authorities by delisting quickly. As a result of their quick and concerted campaign to delist LTC, it appears to be an appeasing move to the government.

All five exchanges were called to testify before the South Korean lawmakers last month to explain why they had failed to communicate over LUNA’s and UST’s delisting following the Terra ecosystem collapse and the resulting controversy. The exchanges responded by announcing that they would form a joint listing/delisting council, which has already claimed its first victim, Litecoin.

According to the Specific Financial Information Act, South Korea has some of the tightest crypto rules globally. Cryptocurrency exchanges are obligated by law to follow stringent know your customer and anti-money laundering procedures, and anonymous transactions are expressly forbidden. The delisting of LTC was perhaps expected, particularly after a warning by exchanges in the previous year.

Litecoin (LTC) presently sits in the top 20 largest cryptocurrencies, with a market capitalization of $4.35 billion, according to CoinMarketCap. The news barely moved token prices; however, it may have been factored into the price at the time of the announcement.

The South Korean market has not been without its difficulties in recent weeks. The crypto market had recently crumbled following the demise of algorithmic stablecoin TerraLuna. In response to this collapse, the Seoul Metropolitan Police Agency has begun an investigation against a Terraform Team. According to the South Korean news, the complaint alleges that Terraform Labs employees have unlawfully taken Bitcoin, LUNA, and Tera’s corporate money.