South Korea bets on the metaverse with $177m in project investments 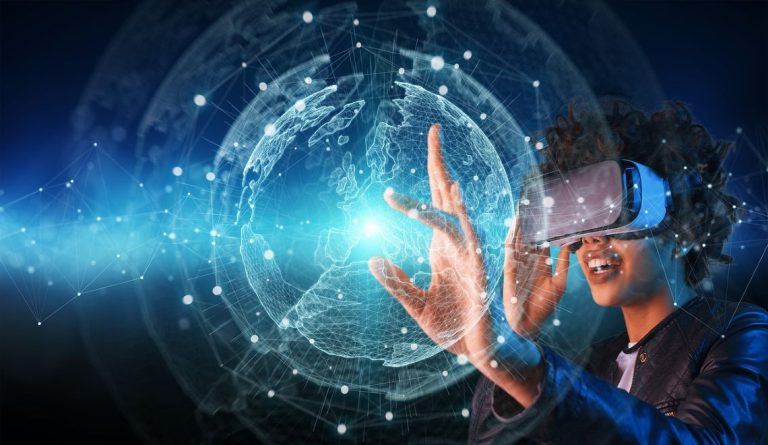 The government of South Korea has announced that it will start investing in metaverse projects directly. According to Lim Hyesook, minister of science and information and communication technologies, more than $177 million in funding will be invested to start national employment and business initiatives within this field.

South Korea is among the first countries to devote resources to this area. The metaverse, or living in a virtual world, isn’t a new idea, but it is only now that it has received widespread attention from many sectors due to the hype surrounding it.

The form that the metaverse will take is unknown, but South Korea is counting on it as the next big thing. As part of its Digital New Deal, a program for investing in new technologies in the country’s economy, the Ministry of Science and Information and Communication Technologies has established a goal to start up the metaverse business in South Korea by supporting

The Minister of Science and ICT Lim Hyesook dubbed the metaverse “an unchartered digital continent with indefinite potential,” having set aside 223.7 billion won (approximately $177.1 million) for the project. The investment is part of South Korea’s Digital New Deal, a package of policies designed to encourage citizens to migrate to a completely digital society.

On the city level, Seoul’s metropolitan government is constructing a 3.9 billion won metaverse platform to enable users to access public services virtually. All of this is part of the broader concept of Web3, which includes the metaverse, virtual reality, augmented reality, and blockchain technology as well as digital assets such as cryptocurrency and non-fungible tokens (NFTs).

The metaverse, a term that has recently generated a lot of interest, refers to technologies like virtual reality and the concept that people may be playing and living in virtual worlds. It’s been claimed as the next major technological service platform since Facebook changed its name to Meta and declared its intention to create a metaverse-focused future.

Despite the growing interest and South Korea’s intentions, no country has gained a clear first-mover edge, according to market analysts. Because the complete ecosystem is still up in the air, how governments will utilize it isn’t clear. It is still under development.

There are several businesses and firms that have already invested in the metaverse, yet there aren’t many nations that have implemented it directly. This is most likely because there are still a lot of regulatory concerns about metaverse businesses and the relationship between Web3 technologies, which may include a cryptocurrency component.

A new digital experience, on the other hand, brings with it old issues. Such platforms and authorities that regulate them will face questions of privacy, security, safety, and unlawful behavior.

There are a slew of challenges that South Korea and other governments will face when they enter the metaverse, whether it’s to enhance citizen engagement or determine their function as regulators of a rapidly developing technology.

In response to this, South Korea is creating a body that will unify various government departments in order to oversee data security, illegal behavior, and intellectual property protection. However, if the metaverse becomes as popular as its supporters envision, coordination across multiple authorities could be required.

The metaverse sector gets backing from government entities

The government of South Korea has invested roughly $177.1 million in the emerging sector, making it one of the first national governments to do so and a cautious initial foray into the metaverse.

South Korea`s metaverse investment is a positive message. It shows an interest in a technology that could take center stage in the future — and it may provide a model for others to follow. It’s fascinating; it’s largely a private sector and Big Tech-driven movement and trend. Governments have done little more than South Korea.

In Asia, governments are also taking notice. Shanghai’s authorities have been encouraging public services to incorporate the metaverse into their plans. Yugal Joshi, a partner at research firm Everest Group, points out that tech giants like Tencent and Alibaba have shown an interest in developing metaverse technologies, with the latter recently investing in an AR glasses start-up.

The analyst declared that Asia’s metaverse activity, like the rest of the world’s, is still in its early stages, with businesses investing time and money in finding the first big-winning application.

According to Javier Floren, CEO of NFT startup DNAverse, regulation will have a major impact on the metaverse and crypto trial. He added that countries attempting these cutting-edge technologies would benefit in the long run from their study.

The metaverse has entered new risk frontiers backed by the South Korean government. However, that exploration comes with its own set of dangers. Cryptocurrencies, another key component of Web3 and metaverse development, are notoriously volatile, as witnessed in May’s price drop.

For a nation like El Salvador, which has made Bitcoin legal currency, being at the fore of new technology also implies exposing oneself to such dangers. At this point, it is yet to be seen what other governments will follow in the South Korean footsteps.