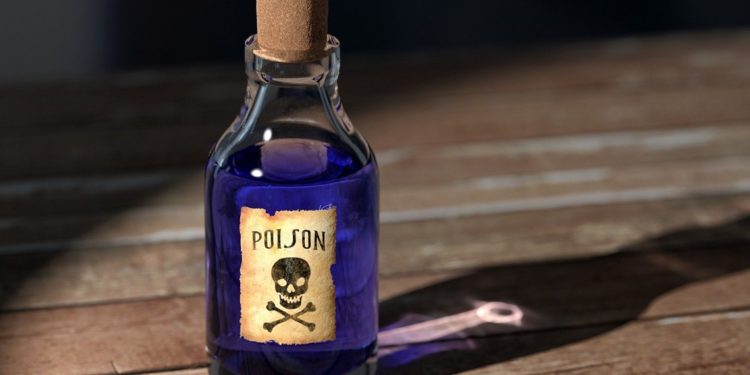 Investigations by the BBC have revealed that selling poison for Bitcoin and other cryptocurrencies are becoming a growing trend on Facebook,. Reportedly, dozens of pages on the social medium sell deadly pills for people contemplating suicide for Bitcoin.

Outside selling poison for Bitcoin, these ‘traders’ also give instructions to ‘clients’ on how they’d use the pills and what to do rather than try dissuading them from killing themselves. According to Macro Silva, a BBC reporter who infiltrated a Facebook group, it is just another transaction to them.

When the traders who engage in selling poison for Bitcoin were probed on how legal the business is, they claimed to have been in the business for long and assured clients always get their demand.

The chemical or pills sold was not mentioned. However, over 60 different pages on Facebook claimed they sell it and advertised the product as a tool for suicide with payment made in crypto to help them remain anonymous.

Beyond selling poison for Bitcoin, the Internet, a new market for drugs

Adam Winstcok, a drug specialist earlier this year, said that majority of the entire UK population who do drugs use prescription medication or darknet markets to buy anything anonymously. The darknet enables them to hide their location, thereby boosting the chances of not finding them.

When informed that the pages will be used as incriminating evidence for the illegal transactions, the social media giants immediately removed the pages. However, other new ones have appeared afterward.

On a lighter note, however, poison pills users give feedback and review about these products after purchasing. Does it mean these products are not as deadly as described, or perhaps they are kept to be used at a later time or another person?