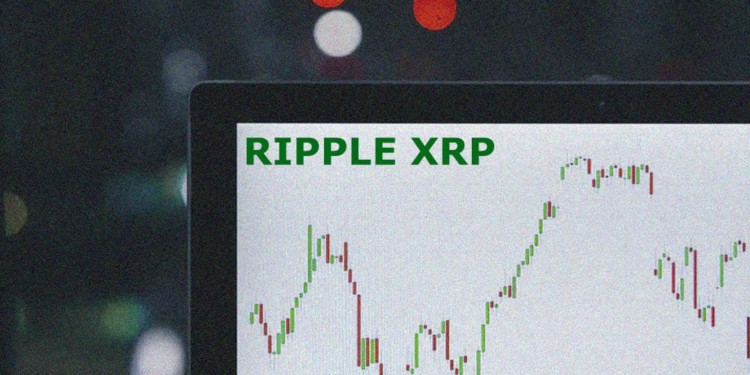 Ripple XRP price movement is back under the dependency factor of king Bitcoin; at least it has been for the past few days. But as it appears, the cryptocurrency is getting out of Bitcoin’s shadow once again as analysts believe new highs are due and forming after the head and shoulder formation.

Ripple XRP price movement had that been of a head and shoulder pattern since the 18th of February, where at one point, the price went as high as to the $0.300 mark but unable to sustain. At the time of writing, XRP has played out the pattern and is now trading at the value of $0.27045 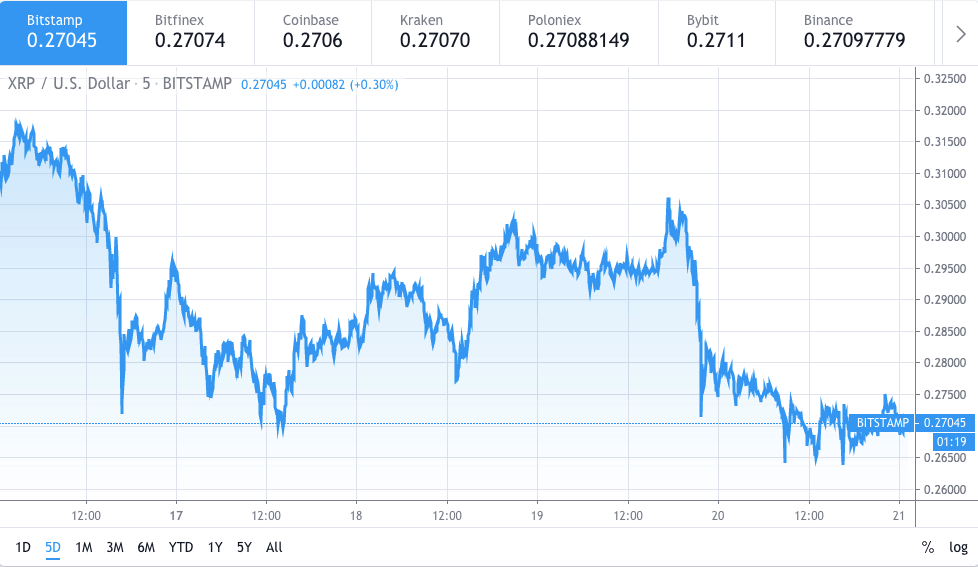 Just as all other major cryptocurrencies fell with the king coin, Ripple, XRP was no exception, and that obviously took a toll on the XRP price movement.

Cryptocurrency analyst on Trading View Danny Ward dubbed the WyckoffMode explains that after yesterday’s crash, the new XRP price highs are now expected to form in the $0.41 to $0.47 range instead of the previously expected highs at the $0.51 to $0.57. 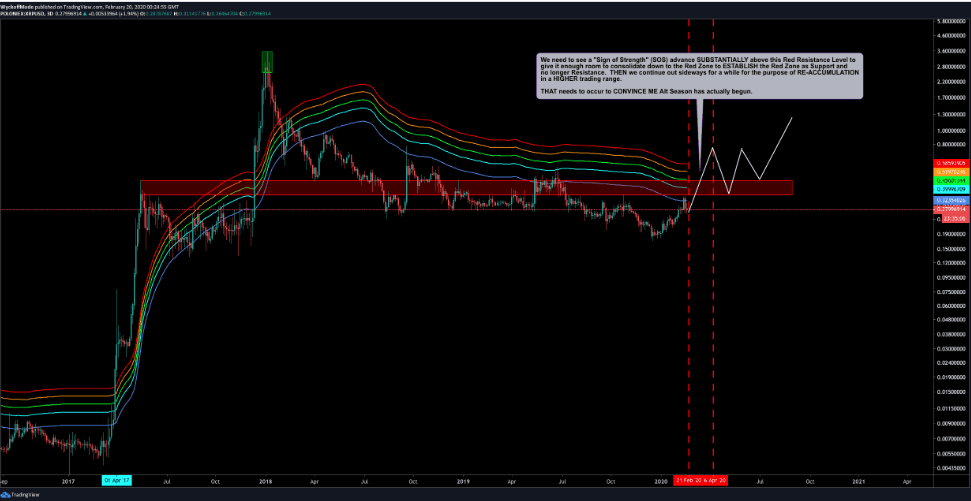 Wyckoff explains that XRP is failing yet again to reach “to the 1.618 FIB Extension,” and this time, it seems that it would be the Bitcoin crash that took the market down with it. He furthers that to see the $0.51 to $0.57 high, traders and Ripple lovers may have to wait until March 2021.

While on the other hand, famed analyst Alex Clay believes that since the head and shoulder movement has played out, XRP is now in for new highs, albeit below the Wyckoff highs.

Alex Clay explains that the cryptocurrency is facing resistance at the $0.27761 mark, and once past that point, XRP price is going to hit the first new high at the $0.29129 mark. If XRP manages to get past this crucial point, the next set is relatively closer to the $0.30122 mark and then to the $0.30984 mark.

However, if the cryptocurrency gets into a late ripple of the recently played out head and shoulder pattern, Ripple XRP price can fall as low as $0.20 mark. Cautious trading for the next few cycles is advised to ensure safe investments.