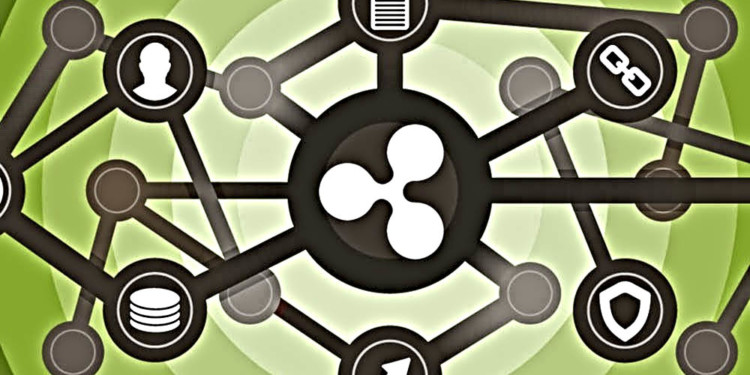 The fluctuations in crypto-market are inevitable. The speculations and predictions can provide a ray of guidance but do not provide 100% certainty.

XRP has been trading well for a long time and has maintained its fair position on the price chart. 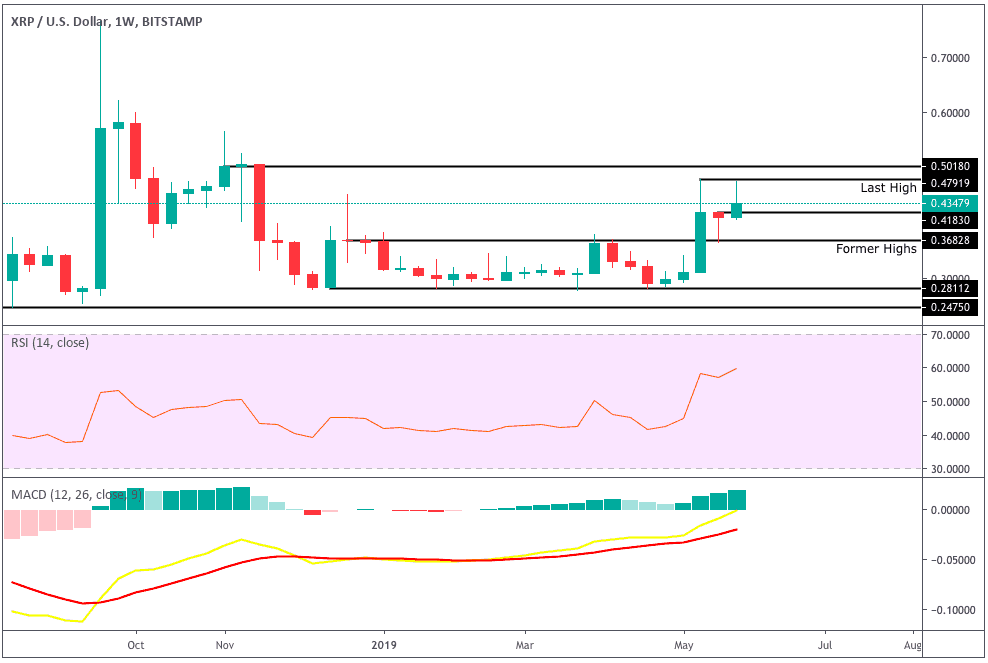 The price analysis of XRP has revealed fluctuating trends for some time, but after the increase of thirty -six percent (36%) against USD price some two weeks ago, the price becomes more volatile.

The last week analysis showed the depreciation of the price of XRP, but later it has managed to hold a good support level. This week an increase has been noted in the price, but there was some resistance at $0.479. The resistance hampered the further increase in the price and the break out was found to be difficult. 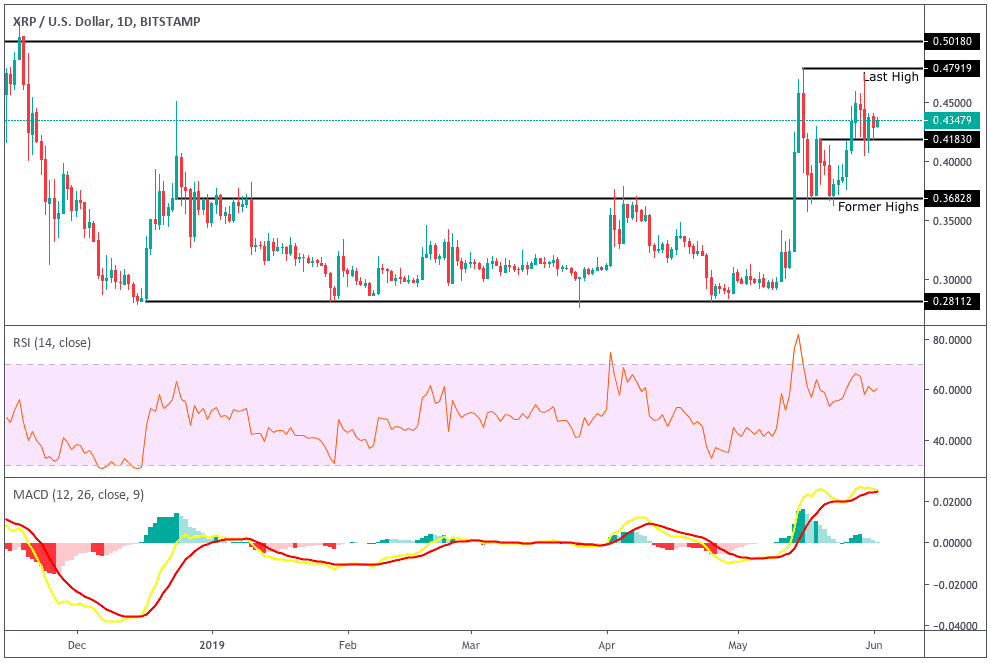 This week from Thursday to Saturday the price depreciated a bit after reaching to the resistance level, but XRP has managed to attain support at $0.418, which stopped further decline.

Currently, the technical indicators are showing positive momentum and bullish pattern for XRP that will result in the increase.

In comparison with BTC, the XRP price shows an increase of above two percent (2.5%) over Monday and Tuesday. Now, it has shown some decline and retraction.

The resistance would now be anticipated at 5540 satoshis. In the surging market trends, it is hard to expect the XRP performance against the Bitcoin in the near future as anything can happen at any time in the crypto-market.