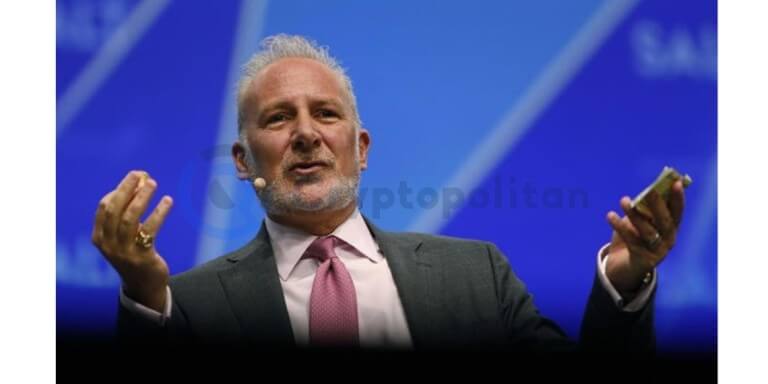 Peter Schiff, a prominent figure who has been critical of cryptocurrencies for a long time, has returned with a new forecast.

According to the economist, crypto investors who have had a difficult year in 2022 should brace themselves for an even more unpleasant year in 2023, when the values of cryptocurrencies are going to fall much more dramatically than they have so far this year.

Schiff pointed out that despite a decline of 65% this year, Bitcoin enthusiasts continue to have trust that the cryptocurrency will soon reach new all-time highs. He continued, in a satirical tone, that he doubts if a drop in the price of Bitcoin below $5,000 in 2023 would be sufficient to shatter the trust of ‘HODLers.’

Peter Schiff is one of crypto’s most outspoken detractors. He has reiterated on several occasions that people should never put their money into bitcoin.

During an interview on December 29 with TD Ameritrade Network, Schiff advised investors in cryptocurrencies to liquidate their holdings and invest the proceeds in physical gold before they lose all they have invested; something he thinks it’s imminent.

My advice to people in crypto is get out. You could still get almost 17000 for your worthless Bitcoin. I would suggest that take it and buy some gold

Before making his most recent forecast, the economist made a post on Twitter in which he poked fun at Bitcoin’s top whale and most outspoken proponent, Michael Saylor, as well as his company, MicroStrategy.

Schiff suggested that Saylor’s fixation with Bitcoin will result in the shareholders of MicroStrategy holding him responsible for his actions. Schiff stated further that the stock of the firm had gone to a 52-week low and was down a staggering 90% from its all-time high, which was in February 2021.

Peter Schiff has never wavered in his adamant rejection of Bitcoin and other cryptocurrencies. His primary concerns, which he has repeatedly articulated, center on the illiquidity and dearth of inherent value that these assets exhibit.

Bitcoin, in the view of the economist, is not a good investment choice for those who are searching for a way to save money for the long term or who want to protect themselves against inflation. Schiff said that it was worthless and pointed out that the asset has lost two third of its value since it was last traded on the market.