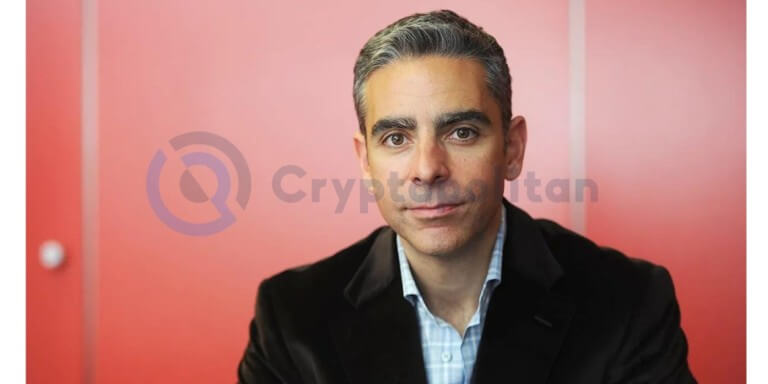 On December 30, 2022, David Marcus, who formerly oversaw the cryptocurrency units at Meta and PayPal, and founder of Lightspark, published a blog post in which he discussed his predictions for the cryptocurrency sector over the next two years.

Marcus predicts that we won’t emerge from this ‘crypto winter’ in 2023, and most likely not in 2024 either. He went on to say that it would take a few years for the market to recover from the abuse that was caused by unethical participants, and it will take much longer for proper regulation to be implemented.

Restoring the faith of customers is going to take some time as well, but the Bitcoin enthusiast thinks that in the long term, this will prove to be a helpful reset for those in the business who have been doing things the right way.

According to David Marcus, the years of greed in the cryptocurrency industry will leave a place for applications in the real world. The era in which one might conjure up a token out of thin air and make millions of dollars will pass.

The market will resume its typical routine, which consists of having to generate genuine value and finding solutions to genuine issues in the real world.

Marcus anticipates significant breakthroughs in the areas of payments, asset securitization, decentralized finance (DeFi), zero-knowledge applications such as proof of reserves and layer 1 scaling solutions, as well as a resurgence in the development of energy and interest surrounding the Bitcoin network.

The supporter of Bitcoin also thinks that the Lightning Network will start to show promise as the world’s most effective open, interoperable, inexpensive, and real-time payments mechanism.

We need clarity and new regulation for digital assets/crypto, guidelines for social media companies when it comes to content moderation, and guardrails for AI innovation.

Marcus claims that he has developed a growing level of skepticism over the capacity of the cryptocurrency sector to establish agreements on legislative or regulatory methods that achieve the appropriate level of balance in these areas.

He believes that the industry will consequently witness more of the same in 2023, with increasing duty on leaders of industries to do what they feel is right in the vacuum left by our stalled parliamentary system. He thinks this will be the case since our legislative system is now in a stalemate.

After that, Marcus continued by predicting that the year 2023 would be a banner year for building. There was a great deal of loss of value, trust, and stability in the year 2022; but, with destruction comes the potential to rebuild using cutting-edge technology to address humanity’s most pressing issues.

Marcus highlighted that the crypto sector will emerge from this age improved and stronger, but it would need patience and determination to get there.

There is no question in the opinion of the industry expert that the next few years will continue to be trying. However, for those who find the will to go on despite the difficulties, these will be tremendously gratifying and satisfying years, he believes.