Over 160 countries tweeting about Bitcoin; US, UK tweet 50percent [Report] 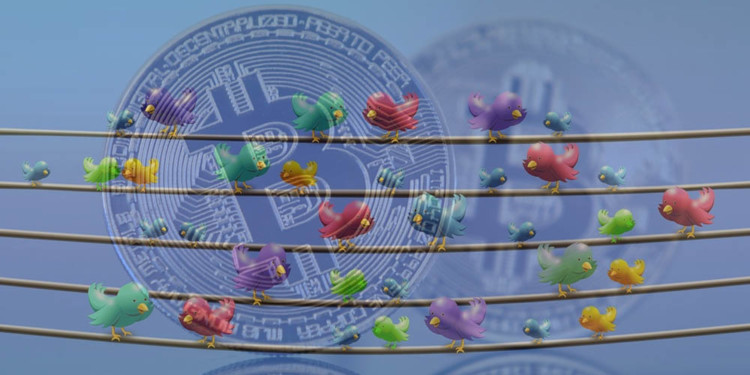 The TIE.io has just released their cryptocurrency twitter data trend report for 2019, and the stats reveal that while the United States and the United Kingdom tweet almost fifty-percent (50%) of all tweets, one hundred and sixty (160) countries are tweeting about Bitcoin.

Cryptocurrency sentiments play an important role in the market price sway, and that is one of the reasons why Bitcoin market continues to stay volatile.

The top five countries where Bitcoin is discussed on Twitter are the US, UK, Canada, Turkey, India, and Australia. pic.twitter.com/vUMG9l4KR2

In the series of tweets made by the analytical firm The TIE, over thirty-eight percent (38.9%) tweets came from the United States and a ten and a half percent from the United Kingdom. Together, the two shares more almost half of the tweets on Bitcoin made globally.

The tweets reveal that among the countries on the low end of the Bitcoin twitter discussion, Peru, Malaysia, Indonesia, Vietnam, and Italy are performing the best with over half a percent (0.5%) participation in the cryptocurrency discussion.

While on the other hand, Venezuela is showing the highest number of negative comments for Bitcoin, a staggering sixty-two percent (62%) of the negative tweets. Mexica, Ireland, Brazil and Estonia are among the most negative countries for Bitcoin.

Removing the United States and the UK, which combined represent nearly 50% of total Bitcoin tweets paints a more interesting picture of the 160+ countries tweeting about Bitcoin on a daily basis. pic.twitter.com/hCYw7FbEI6

While on the other hand, the U.S posted over sixty-one percent (61.5%) of the positive Bitcoin tweets. Whereas, almost sixty percent (59.8%) tweets about Bitcoin are positive in natures on a global scale.

The report also reveals that more than one hundred and sixty countries are tweeting about Bitcoin-related topics daily.

The most alarming detail revealed by the report is the fact that Facebook Libra coin tweets from the United States are way more than Bitcoin. Where almost forty-four percent (43.8%) tweets on Libra come from the U.S compared to a thirty-eight percent (38.9%) on Bitcoin.