Nominex Exchange Token Distribution Has Begun: 22nd of April Marks the Next Chapter at Nominex.io 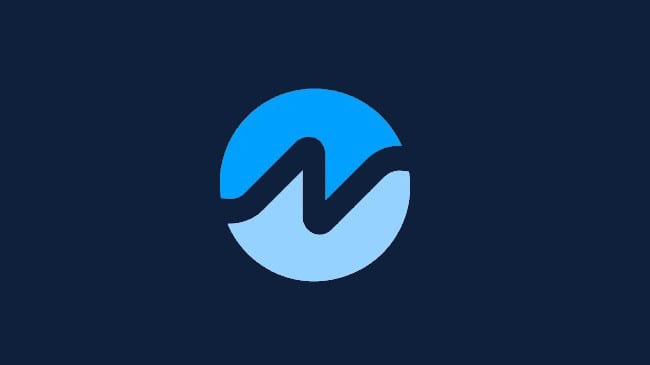 Nominex is the next step in the evolution of exchanges around the world thanks to its unprecedented affiliate program unlimited referral levels to earn bonuses from.

Nomineх believes the NMX token will become an invaluable part of the array of tools not to be found anywhere else under the same roof, which will result in exponential expansion of its user database.  The token distribution phase is on now. “A computer on every desk, in every home, running Nominex!”

Contents hide
1 Why it’s important for projects to have token distribution
2 What makes Nominex stand out
3 Additional incentives to participate in the token sale
4 The Mission:
5 To take away: why the NMX token deserves applause
6 About

Why it’s important for projects to have token distribution

With as many as 80% of ICOs turning out to be fake, IEOs became increasingly important and relevant in 2019. With added security and safety, IEO projects were unequivocally the best option in the times of rapidly growing cybercrime and a record number of exchange hacks. As time goes on, however, it became evident that sophisticated threats required sophisticated solutions.

Nominex users deserve the most progressive methods of token distribution, and this penchant for unsurpassed quality for the client goes for everything else too. That is why Nominex implemented their own hybrid system called DCO (In-Demand Coin Offering) that combines the best of all features of the previous systems. In addition to a next-gen system of token distribution that offers a whole new level of incentives, Nominex aims to introduce the same degree of superior quality in other respects:  a completely new approach to “entertrading” and and an unprecedented referral program with a functionality of paying out up to $50 000 a week.

A hybrid system means some tokens are sold and some are distributed among users. This is important because thanks to active users (token holders), when a token enters the exchange, it will extremely likely not experience a fall in price since it has really utility and is already used.

Nominex has two main distinct advantages that enable it to overtake the competition: market positioning and smart strategy.  Nominex see it as potential game-changer for crypto trading, transforming it from a pure exchange with token-trading functionality to an ecosystem that allows participants to turn their hard work into hard teamwork, transform trading into an activity as fun as a really good computer game, and get real prizes for their efforts that come from all directions.

Features like contests and ranking systems deliver gamification, new ways of engagement, and thrills the users are looking for. It’s an entirely new way of winning over and keeping users based on through market research, mutual trust, and endless support.  Nominex are building something to match the need for a next level exchange ecosystem: a potentially market-leading ‘entertrading’ service:

What makes Nominex stand out

If you’re looking for a place optimally suited for cryptocurrency registration, Nominex’s main and most prominent feature is its unprecedented affiliate program that allows users to benefit from the profits of all the users that they referred plus the profits of the users referred by those users and so on without limits. While competition offers limited levels, Nominex doesn’t cap its users’ earnings. While with others there may be 2 or 3 levels, with Nominex there can be a million (and they grow on their own but still pay you). There are also features that allow Nominex to switch up a gear and transform routine trading into an entirely new concept that turns trading into entertainment:

Additional incentives to participate in the token sale

1 The price will be rising

The Initial price of the Ethereum-based NMX Token: 0.4 USDT.

Nominex’s token sale has officially begun on April 22th. Tokens will be trading from Apr 22, 2020 – Apr 21, 2021, and within 5 days after the end of the DCO they will be listed at the exchange. Nominex informs its users that the price will be “vastly different then”.

At the time of writing, the prices and figures are as follows:

The entire DCO period is divided into 7 periods, which differ in terms of the price of the token at which it is sold.

The timeframe is not chosen randomly. During this time, Nominex develops a database of users who use the token (and support its price levels).

This is the key difference. Previously ICOs and IEOs were conducted in a maximum of 3 months and supported by a powerful advertising campaign of the token itself. Nominex are promoting the product, users arrive, and they are buying the token that has utility as it’s already widely used.

The mechanics of token distribution for traders are similar to the mechanics of EOS distribution. A fixed amount of tokens is distributed every day among traders. The more people traded, the more they received, in proportion to the volume of trades. Every day a portion of tokens are distributed. if today there was one trader – they will get everything. If the next day there were 10 – they will divide the tokens in proportion to their trading turnover.

The token starts working as soon as the user buys it, even if the distribution of the token has not expired (due to the referral program and bonuses).

2 The more users buy the more they get

The more tokens the user buys after crypto exchange registration, the more rewards come with them. For example, buying 900 NMX gets a “bonus of +10% tokens, maxed out referral program earnings, + 10% lifetime discount on trading commissions + you will have two of your additional places in the affiliate structure (this way you can increase your team bonuses twice).”

“Our mission is to make cryptocurrency accessible and understandable for everyone and provide the best experience for our users. This type of junk is written on the site of every other cryptocurrency project, possibly on ours too. But what does it mean? What are the best practices we’re talking about and if Bitcoin is so awesome why is it not yet as popular as the Dollar?

Nominex sees it this way: cryptocurrency is more than bitcoin in relation to the dollar. It’s a lifestyle.

We want to return crypto to a friendly, positive, intriguing context, creating innovative entertading and useful products. Yes, the main product is the exchange. But the way we see the interaction of users is the most important thing.

Our mission is to increase the number of traders by inviting new players from Forex, gambling, binary trading, betting. We are convinced that cryptocurrency has its own lifestyle, the characteristic features of which are all about networking. Look at your friends on Facebook or, at work – we’re seeing salaries in crypto, projects in crypto, what is written in your resume?

We change money at exchangers we’ve heard good things about from our close friends, we buy coins, not stocks. Hard work and entertainment are the same things because we work with people we’re family with, meetings, events, trips abroad, afterparty, downshifting, special ways of relaxing and dressing all happen because we go to recommended specialists, hang out with friends of friends, learn new tendencies from people we know and trust and wear cool stuff our connections wear. So our product must meet these criteria and be all about networking. It has to have the qualities that make it viral. It has to be genius, it has to be funny, it has to address your every need and be everything you ever wanted other products to be. Then, when our users are genuinely grateful because we make the experience all about them, the product will go viral, which in our era can happen with the speed of light.

We want to combine interaction and trading, gamification and mathematics, training and retraining, affiliate business and communication within our exchange. We want to become for our new users an awesome and funny but strict teacher who allows a lot, helps them earn and get on their own two feet. We do not treat each other with condescension, because it is not customary with us.

Why? Because banking is boring. We do not follow the path of crypto banking, which many other exchanges follow. This dead-end path is also expensive during the battle for users. All the fintech industry players are shifting to the path of Internet content in products, gamification is implemented everywhere, they no longer entice their users but cultivate utility so that it can be a mutually beneficial partnership based on trust and respect, intelligence and good humor. They want to get to know each other, talk and entertain. We would rather spend money on engagement than on promotion.

After parties and after the conferences, we do not listen to the ministers of economic development and the heads of banks, but to Andreas Antonopoulos, Ivan on Tech, and Joe Rogan on Cryptocurrencies. We do not dedicate ourselves to Forbes, CNN, RBK in the morning, but Hackernoon, Telegram groups, and CoinDesk.

So our product must meet all these criteria. But meeting abstract criteria is not enough. We must create real utility in the life of a crypto fan.

We want our product to be purrfect for crypto fans because it has been designed on nothing but their wishes and feedback. We want it to be a dream in terms of what it enables them to do. But the main thing that we want to bring is entertainment. Young people are the future. And anyone who wants to have fun is young. You should be so happy at work that you feel as relaxed, intrigued, and celebrated there as you are at home.”

To take away: why the NMX token deserves applause

Nominex is a mix of the best ideas from the best exchanges in the business. They have the hybrid token distribution model that refunds trading fees in the first phase of NMX token distribution and provides bonuses after bonuses at later stages. Some tips come from the ‘old school’ direct marketing school of thought. In the second phase of NMX token distribution every day traders split the same (significant) amount of NMX tokens proportionally to their daily trading volumes. Daily tournaments deserve a special mention, but studying their mechanics enables one to understand their superior mechanics. The referral program has no limitations, and everyone can have as many referral levels as 1 thousand or 1 million and earn four different types of bonuses. There is an agenda for future gamification implementations as well.

Nominex is a cryptocurrency exchange that implements a new concept called “entertrading” (entertainment + trading) with the help of a colossal variety of tools, among which are “the most lucrative affiliate program in the industry”, advanced order types, a vast set of bonuses, tournaments, a constantly updated blog section, and a mastodon number of features Nominex is currently working on.

For crypto registration, suggestions, partnerships, and press inquiries Nominex can be contacted through support on the site, on social networks, or on LinkedIn.

7 mins read
Ethereum merge: what happens to your NFTs after it occurs?
15 August, 2022