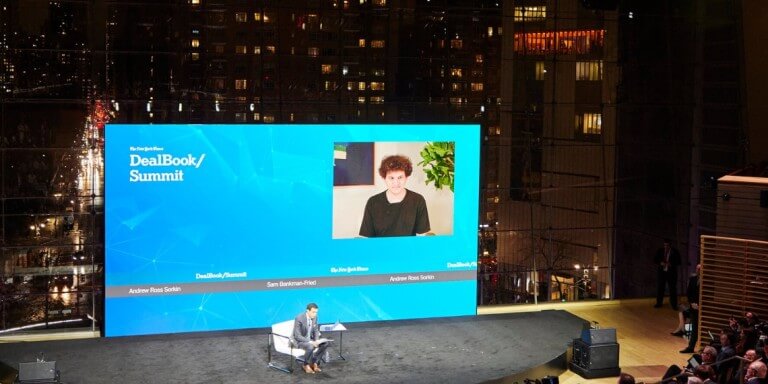 SBF’s net worth collapsed from $25B to a mere $100,000 in a matter of a few months alongside its company FTX and Alameda. According to Crunchbase, the total value of FTX was $40 billion at the end of the first quarter of this year and the net worth of SBF was more than $25B, however, only 7 months later the company filed for bankruptcy and SBF do not is left with a one credit card.

Contents hide
1 What went wrong with FTX?
2 FTX and Alameda
3 FTX and U.S.
4 SBF and his future

What went wrong with FTX?

Sam Bankman-Fried give an interview to Andrew Ross Sorkin of Newyork Times in which he talked for more than 90 minutes about the FTX failure. When asked that did he commit fraud on people, SBF replied that “I didn’t ever try to commit fraud on anyone. I was shocked.” And when asked about his personal finances, he asserted that “I think I might have one working credit card left.” And “had $100,000 in my bank account last I checked.”

Things started to look ugly when on 2nd November, Coindesk shared a report about Alameda’s finances and how 92% of FTX liabilities were tied up in loans. SBF said that “By late November 6, I’m very nervous that things might end quite badly,” it was the same day when Binance declared that it is going to sell its FTT holdings because of Coindesk’s “recent revelations.”

Before that, SBF was seen as quite nervous when he was talking about Alameda and FTX’s understanding. According to him, there was always a conflict of interest between them that led to such a collapse. To quote him, “I was worried about the conflict of interest, of being too involved,” Bankman-Fried said. “I hadn’t been running Alameda, or thinking about its finances, or making those decisions.”

It was a deliberate choice of SBF to ignore the inner-working business of Alameda and FTX. Later he admitted that “I think Alameda made trading profits, but FTX made profits as well. FTX had been growing as a profitable business…… I did not have the bandwidth or attention to run Alameda and FTX at once.”

When Sorkin asked him about FTX’s solvency he said “to my knowledge, FTX U.S. is still solvent” however, he was unable to provide a justifiable answer why he thinks that way and why he filed for bankruptcy when it was still solvent. Additionally, he said that FTX could open withdrawal to customers anytime soon however, Yahoo Finance reported that insiders think that “the businesses may have been too difficult to untangle.”

According to Bankman-Fried, he has thought about returning to the US, and “to [his] knowledge” he will be able to do so. He added that “I would not be surprised if sometime I am [on Capitol Hill] talking about what happened to our representatives, or wherever else is most appropriate.”

SBF and his future

When asked about his future plans and return to the crypto market, SBF said “I don’t know what my far future is. When you fast forward I have no idea what I’m going to be doing a long time from now.” However, one thing is, sure enough, he is trying to get back customers’ funds, he said that he will be “helpful wherever I can” in getting customer funds returned.