Interesting facts from Ethereum Merge. Is it more centralized than decentralized? 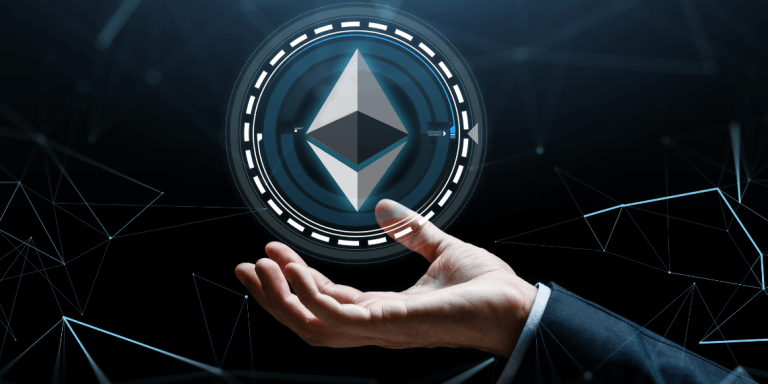 The Ethereum Merge is, without a doubt, one of the most anticipated crypto events of 2022. There are several viewpoints on how it will come to be, with one week remaining. Some investors consider this to be the start of Ethereum overtaking bitcoin’s position as digital money.

Others, on the other hand, regard this as a problem. There is concern that the Proof-of-Stake Ethereum merge will be more centralized than decentralized. Is it reasonable for investors to be concerned?

Ethereum Merge nears. Is it on the road to centralization?

The Ethereum Merge has its appeal, yet it also has a major drawback in terms of centralization. Crypto was meant to be free of the grip of centralized organizations. Decentralization is what gives Cryptocurrency its identity and validates the convictions of crypto enthusiasts.

However, as Ethereum plans to move from Proof of Work to Proof of Stake, those with a vested interest in the currency might see a shift in their power. The aforementioned modifications will mostly affect mining participants who keep the system running smoothly. Stakers will supplant them.

Some analysts believe these changes will centralize Ethereum, giving more power to those who are already in control. While it’s not definite, the possibility can’t be ignored.

The saying goes, “where there is smoke, there is fire.” So, now that we’ve established that let’s look at the evidence of why crypto investors believe an ethereum merger would lead to centralization in the blockchain. For example, let’s explore censorship.

The Ethereum community has been asking questions about the blockchain’s censorship resistance since recent sanctions were placed on privacy protocol Tornado Cash. Several firms, including stablecoin issuer Circle, software version management platform Github, and Ethereum infrastructure provider Infura, swiftly complied with the restrictions after being notified of the Tornado Cash ban.

The Tornado Cash case worries the crypto community. People are afraid that centralized entities running Ethereum Proof-of-Stake validators may be forced, in the future, to censor transactions on the Ethereum blockchain itself.

Several validators may be run by a single entity, increasing their network influence. And as noted by analysts, five of the six largest validating organizations would almost certainly be compelled to comply with OFAC rules if they want to continue operating in the United States.

In order to ease these concerns, multiple community members noted the existence of the slashing system in Ethereum’s upcoming Proof-of-Stake consensus mechanism. Ethereum’s creator, Vitalik Buterin, said in a 2018 tweet:

To put it more simply, if the biggest validators vote to censor certain transactions, the rest of the Ethereum validator community, even if in the minority, has the option of eliminating censoring validators’ funds.

Most of the validators on the Beacon Chain are large organizations, from famous exchanges to recently created staking providers that have a lot of ETH. A majority of Ethereum’s validators are businesses registered in countries like the U.S and E.U, so they follow those regions’ laws.

As the Ethereum Merge approaches, it is becoming increasingly apparent that there will be a problem. The distribution of nodes is another concern when it comes to centralization. According to three separate data sources, the United States and Germany account for more than 50% of all nodes.

When it comes to hosted nodes, the data is less reliable. According to Eth2 Nodewatch, 75% of nodes are non-hosted, whereas Ethernodes claims that almost 70% of networks are hosted. Many individuals on the Ethereum network utilize cloud computing services to host their nodes. According to Ethernodes.org, about 62% of all nodes on the Ethereum network are hosted by a hosting service such as Amazon.

According to the data, 13% of all hosted nodes are run by Hetzner, which means the German company presently hosts 10% of Ethereum nodes. On the Ethereum Merge worries, Hetzner replied with a link to a Reddit post, saying that customers using Ethereum should read it. In the post, Hetzner said its service should not be used for crypto-related things, including Ethereum.

Where does the crypto community go from here?

In the event of an attack on Ethereum that proves too much for the standard metrics to handle, social slashing can step in. Social slashing would fork Ethereum, remove the stake of whoever is attacking, and allow us to continue as normal.

The cryptocurrency world has been in development. The ethereum ecosystem has seen modifications, and Ethereum Hard Forks have mocked the community. This time around, the crypto sector is on a rollercoaster ride. Only time will tell whether or not the Ethereum Merge advantages and disadvantages are accurate.

4 mins read
Why should Africa foster blockchain in an emergent economy?
26 September, 2022

4 mins read
All you need to know about Soulbound Tokens (SBT)
26 September, 2022